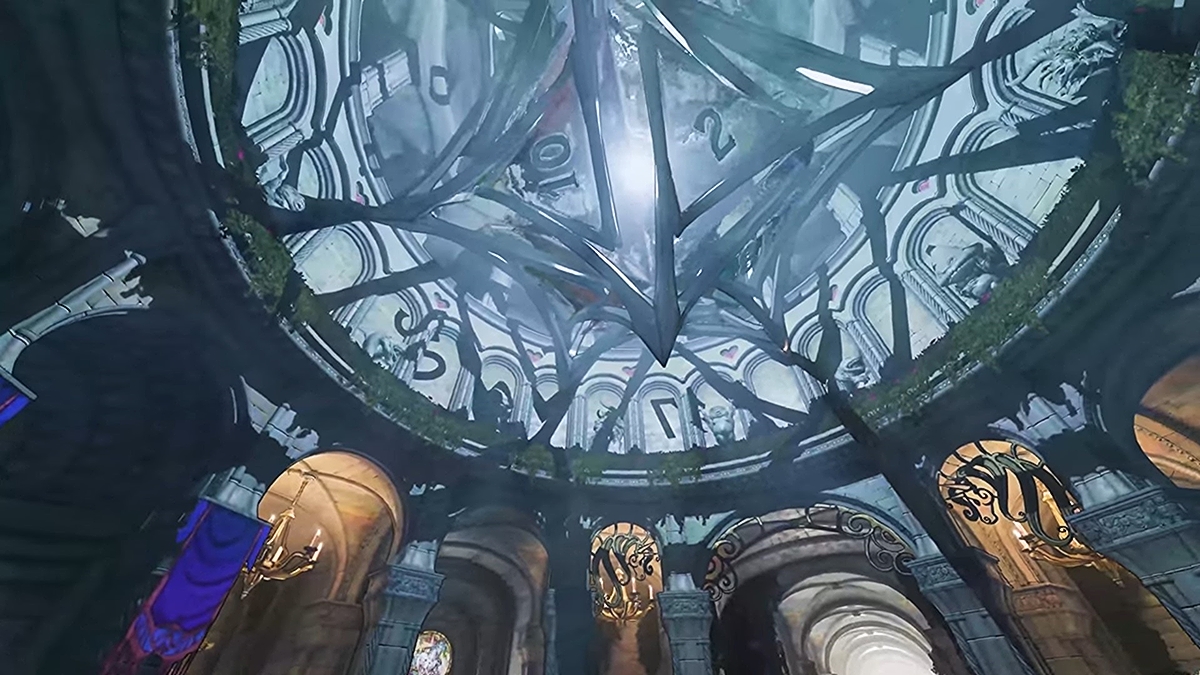 Earlier today, Borderlands developer Gearbox Software released a brand new trailer and Dev Diary entry for the franchise's latest spin-off title, Tiny Tina's Wonderlands. Scheduled for release just over two weeks from now on 25 March, the game fundamentally builds on the fantasy RPG concept introduced in Borderlands 2's Tiny Tina's Assault on Dragon Keep DLC and turns it into a full-fledged game of its own.

As for the new trailer and Dev Diary, they primarily cover one of the larger bits of endgame content that players can expect to see in Wonderlands - the new Chaos Chamber feature. Unlike previous titles in the franchise that featured relatively stagnant post-game loot runs (barring BL3's Mayhem Mode modifiers), the Chaos Chamber presents a randomised dungeon-style experience that changes each time players run through the mission.

Specifically, the mission comprises four phases and will take an estimated 20-30 minutes to complete. Players start out by clearing three consecutive rooms of monsters, followed by a mini-boss fight and then another batch of three dungeon rooms. Once that's done, you'll have to strap in for one big boss fight to wrap up the run.

Thematically, it doesn't sound that different from the various Eridian Trials in BL3, at least at first glance. However, there are three key differences that set it apart from its predecessor. First and foremost, you'll have a total of three lives to complete the run as opposed to just one in the Trials, meaning it's technically less stressful for old and new players alike.

The second difference is in the introduction of Crystals, a special currency you can collect during runs that determines the quality of the loot you receive at the end. These can be picked up as you make your way through the rooms, but you can also acquire more by completing side objectives in each room, like defending a statue of Butt Stallion from vandals.

Last but not least, the Dev Diary mentions that there are roughly 60 different level layouts for the six dungeon rooms you clear per run, not to mention that whenever you clear a room that doesn't lead to a boss encounter, two portals will appear that allow you to somewhat "tailor" the fights in the next chamber. This means that, unlike previous endgame runs, the environments you fight in are always going to be different, and the portals add even more randomness into the equation.

Of course, there are many more features in the Chaos Chamber that I won't be covering in detail here, including the list of potential rewards, altars that give buffs (or debuffs), so on and so forth. If you're interested to check those out, feel free to peruse the full Dev Diary entry - it's really quite neat!

Join HWZ's Telegram channel here and catch all the latest tech news!
Our articles may contain affiliate links. If you buy through these links, we may earn a small commission.
Previous Story
MSI updates Aegis ZS with Ryzen Zen 3 CPUs and Radeon 6700 XT
Next Story
Android OS gets a new, space-saving app archive functionality