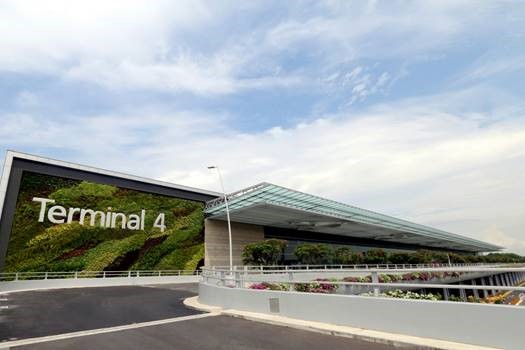 Last month we reported that Changi Airport Group has suspended operations at Terminal 2, in light of decimated passenger demand due to the global coronavirus pandemic, for 18 months. Part of the move was to enable CAG and its airport partners to save on running costs such as utilities and cleaning as well as to optimise resources across the airport’s terminals to better match the low travel demand and airlines’ flight operations.

It will also allow for the planned refurbishment of Terminal 2 to start sooner.

At that time, CAG had hinted the next likely step should the situation not improve - the temporary suspension of operations at Terminal 4.

Terminal 4 will cease operations temporarily from 16th May 2020 onwards. All existing airlines will move and operate out of Terminals 1 and 3. The move will, like Terminal 2's, further help CAG reduce operating costs, including cleaning and utilities. The small number of flights operating in the Terminal also didn't make economical sense.

The only two full-fledged airlines, Cathay Pacific and Korean Air, will operate at T1 from next week onwards. The assigned terminal for other airlines will be announced when they next operate flights at Changi.

Join HWZ's Telegram channel here and catch all the latest tech news!
Our articles may contain affiliate links. If you buy through these links, we may earn a small commission.
Previous Story
RGB Gaming Chairs? Meet the ROG Chariot
Next Story
Ubisoft will hold an 'E3-style showcase' called Ubisoft Forward in July