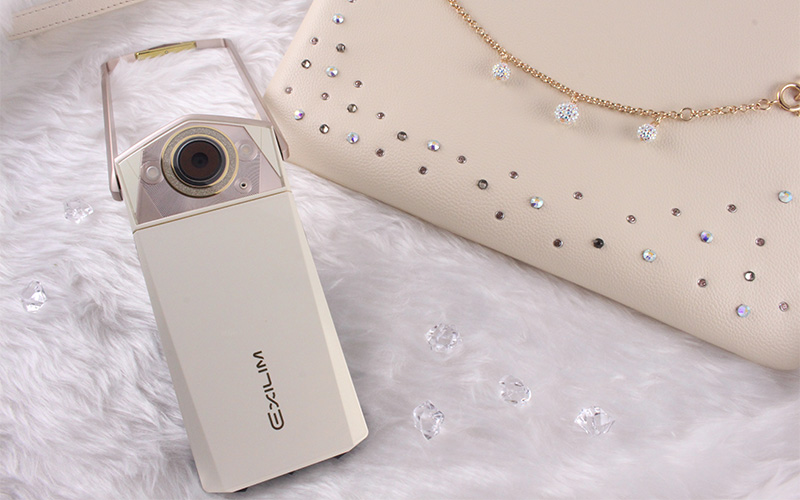 Casio will be releasing a limited edition Exilim EX-TR80 in pearl white and a clutch bag with crystals from Swarovski. The limited edition model is exclusive to Singapore, Malaysia, and Thailand, and Casio Singapore will be taking pre-orders this week at Comex 2017. There will only be 100 pieces available in Singapore.

The limited edition of the Exilim EX-TR80 comes studded with crystals from Swarovski, and flips around for easy selfies. It also ships with an ‘all-star’ series Make-up Mode, a wider screen, and LED lighting to light up the shot (in case the crystals don’t add enough sparkle). 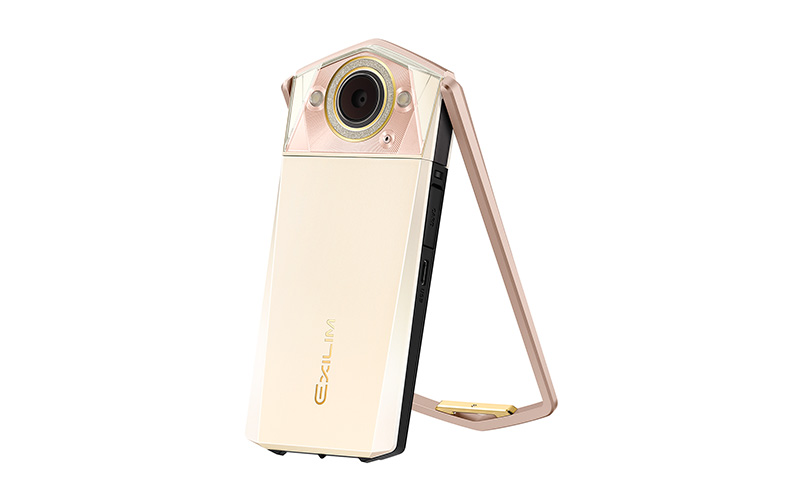 The limited edition Casio Exilim EX-TR80 camera and clutch bag will be available for preorder only at the Casio booth during Comex 2017 in Suntec City, at level four from 30 August to 3 September.

The camera is expected to deliver from end September to early October 2017 and retails for S$1,299. Casio is offering a Comex gift bundle with a 16GB microSD memory card, a genuine leather camera case and an additional 12 months local warranty.

Join HWZ's Telegram channel here and catch all the latest tech news!
Our articles may contain affiliate links. If you buy through these links, we may earn a small commission.
Previous Story
Apple at odds with Hollywood studios over pricing of 4K movies on iTunes
Next Story
The Dell XPS 13 is getting the latest 8th-generation quad-core Intel processors