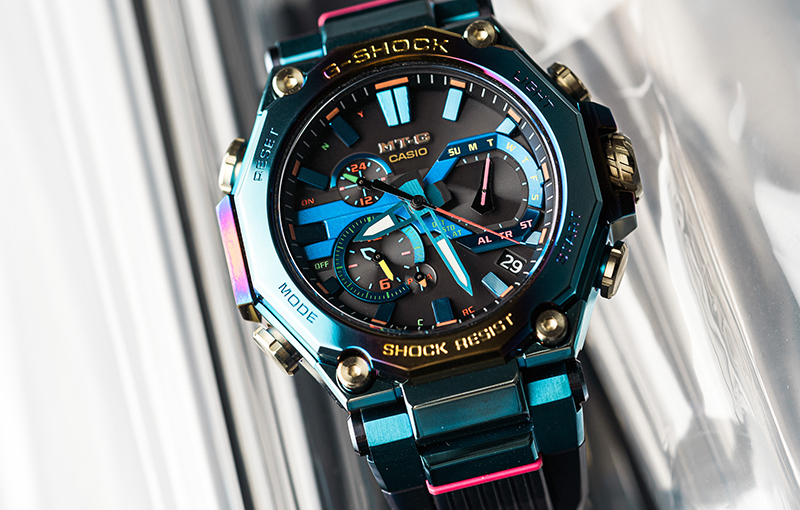 Casio released a new G-SHOCK watch today - the MT-G Blue Phoenix (MTG-B2000PH). It combines the ruggedness and durability of G-SHOCK watches with a resplendent rainbow hue. 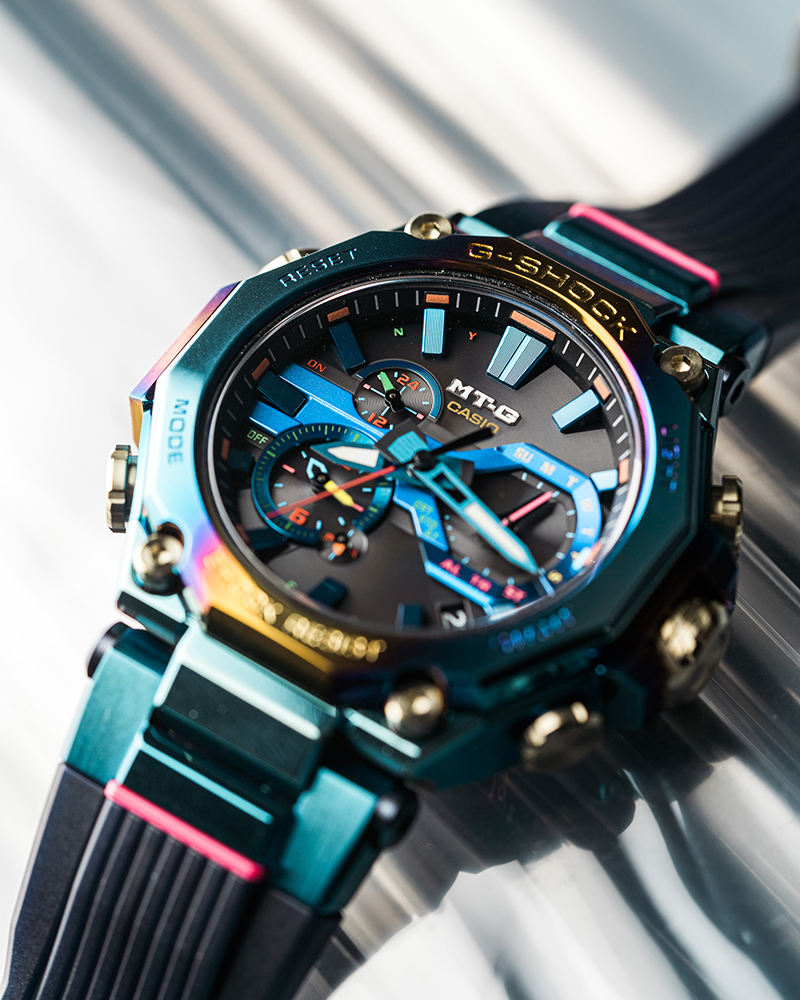 According to Casio, the MT-G Blue Phoenix's design motif combines the watch's rainbow ion metal plating applied to its bezel and case, along with a multi-coloured dial. The rainbow gradation of the ion plating is primarily light-blue with intertwined layers of yellow-to-red: an aesthetic that evokes imagery of blazing-hot, mystical flames. The dial's colours are further accented with hints of pink and orange. To bring the colours together, Casio used a translucent navy-blue shade for the watch's band. 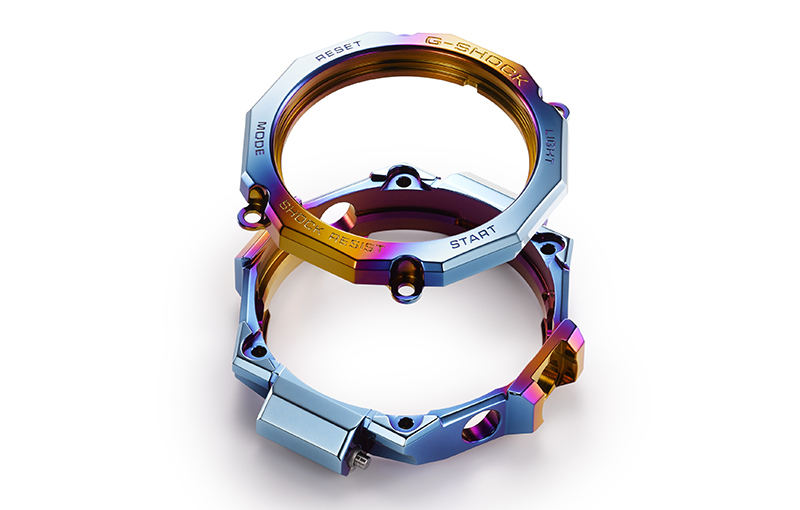 Because of its unique make, no two MT-G Blue Phoenix has an identical rainbow ion plating pattern. The watches primarily use a metal construction that marries ion plating, laser engraving, and new materials to create this G-SHOCK variant. 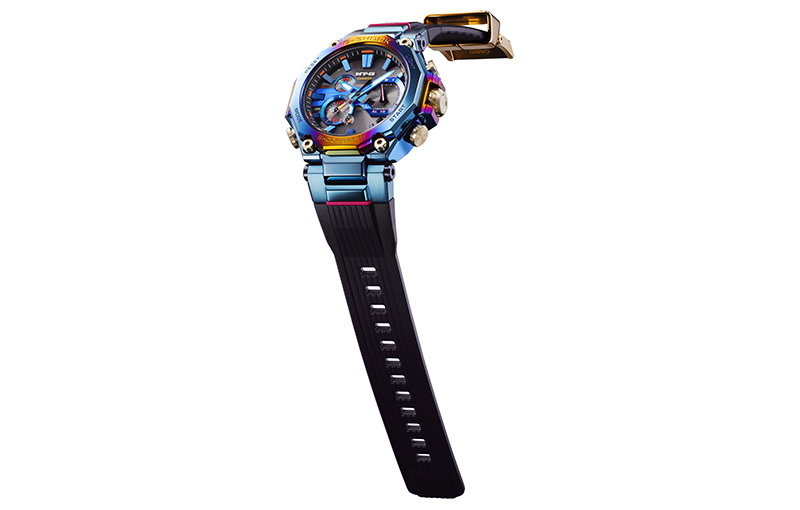 As a modern G-SHOCK timepiece made for 2021 and beyond, it features radio wave time-calibration, automatic time adjustment (with smartphone app pairing), water-resistance of 200m, a solar-charging system, Bluetooth low energy, alongside other G-SHOCK staples that embodies its shock-resistant structure and toughness.

Casio said that the design was inspired by "the Blue Phoenix, a bird of Eastern mythology said to bear auspicious tidings". 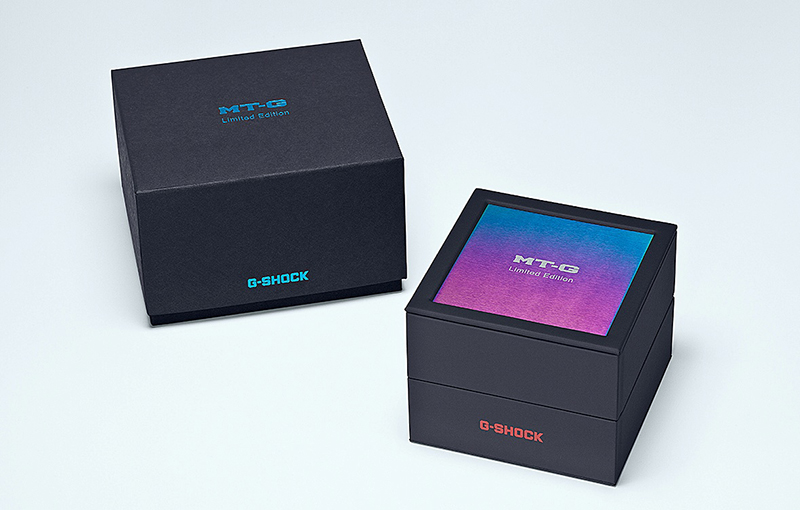 The Casio G-SHOCK MT-G Blue Phoenix officially retails at S$1,659. Online retail starts on 11 June 2021 at the official Casio G-SHOCK online store, and it will hit physical shelves within G-SHOCK shops from 18 June 2021. A special physical installation featuring the watch will be available at Casio G-SHOCK Premium Marina Bay Sands between 18 to 24 June 2021.

If you wonder about the functionality of this unique wrist candy, do check out our review of the original model - the G-SHOCK MTG-B2000.

Join HWZ's Telegram channel here and catch all the latest tech news!
Our articles may contain affiliate links. If you buy through these links, we may earn a small commission.
Previous Story
God of War sequel delayed to 2022, coming to PlayStation 4 and PlayStation 5
Next Story
Several top managers from smart car project have reportedly left Apple