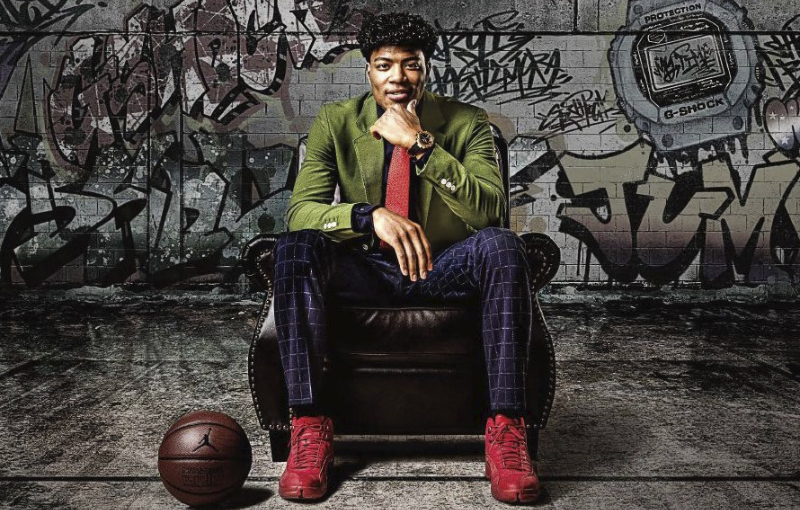 G-Shock has teamed up with NBA player Rui Hachimura to release a special collaboration model.

Hachimura is a Japanese-born NBA player who plays for the Washington Wizards. He was regarded to be one of the top prospects in the 2019 NBA draft and was selected 9th overall in the first round by the Wizards. 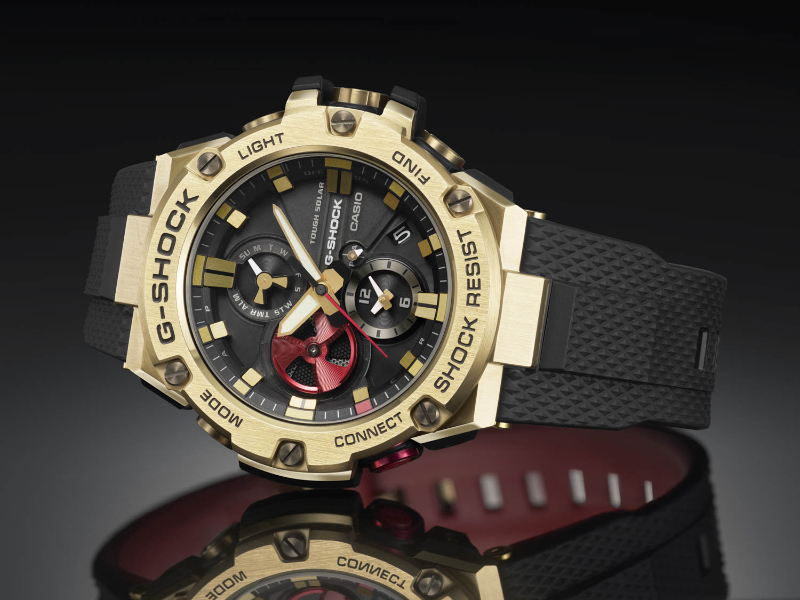 The watch is called the GST-B100RH, and, as hardcore G-Shock fans can tell, it's based on the G-Steel GST-B100 watch.

The watch has a gold IP-plated stainless steel case and a black dial with a mix of gold and red accents.

Hachimura wears the number 8 partly in reference to his last name (hachi in Japanese is 8), and so the hour index as well as the button pipe at 8 o'clock have bold red accents. 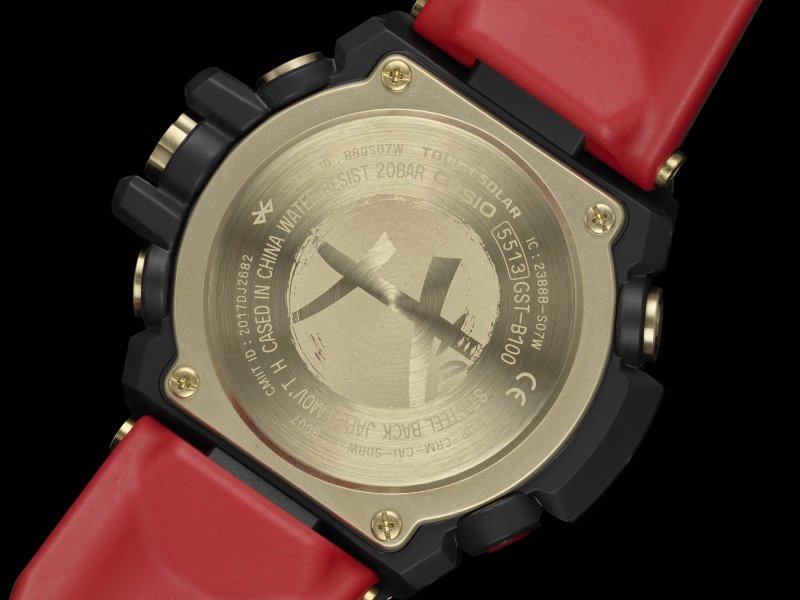 Since the watch is based on the GST-B100, it has a host of practical features and functions. For example, the subdial at 6 o'clock can be used to show time in another timezone. It also has alarms and chronograph functionality. 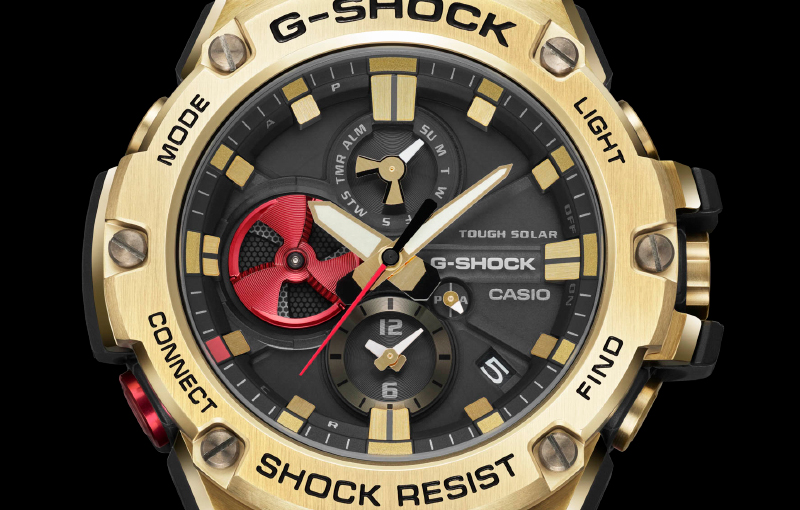 Apart from being highly shock-resistant, the GST-B100RH is also water-resistant to 200 metres and features G-Shock technologies like Tough Solar so it can be recharged by the sun.

Owners can also connect the GST-B100RH to their smartphones via the G-Shock Connected app to manage the watch and sync it to an atomic reference time. 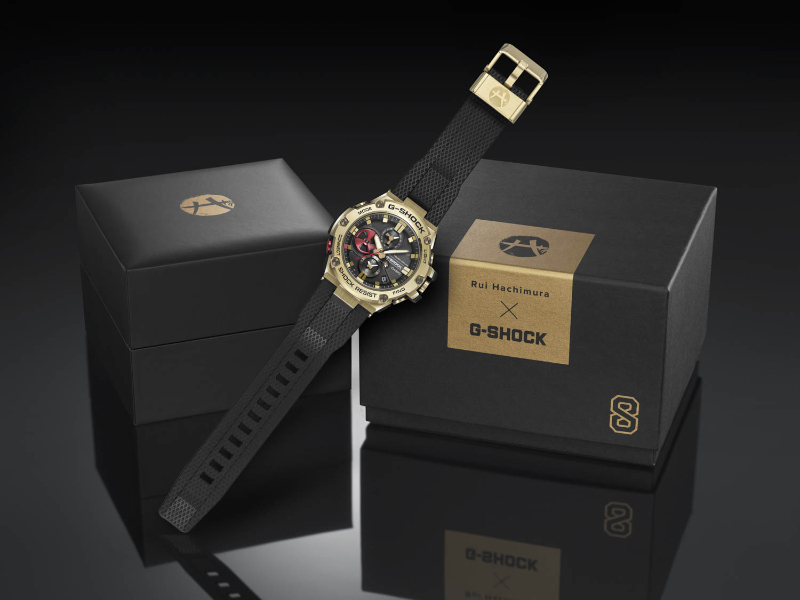 The G-Shock x Rui Hachimura GST-B100RH is available now at all G-Shock boutiques and it's priced at S$599. It will come in a special black and gold packaging.

Join HWZ's Telegram channel here and catch all the latest tech news!
Our articles may contain affiliate links. If you buy through these links, we may earn a small commission.
Previous Story
The iPhone 12 Pro may not come with a key feature that its rivals have
Next Story
OnePlus rumoured to launch its first entry-level smartphone soon