Note: This article was first published on 1 April 2020. 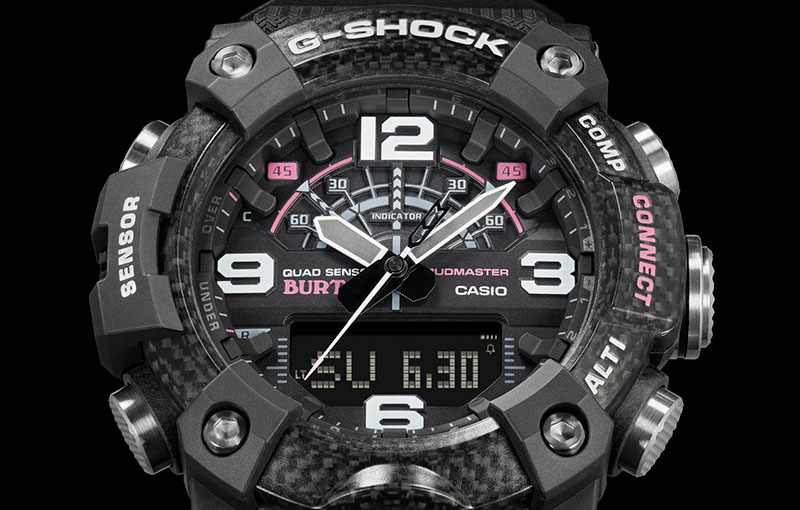 Casio has just announced two new special edition versions of its popular Mudmaster GG-B100 watch. The Mudmaster GG-B100 was released in the middle of last year and it's the latest member of the Mudmaster family. It features a Carbon Core Guard and a design that is highly resistant to ingress of mud (hence the name). Water resistance is rated at 200 metres.

It has no less than four sensors including a pressure sensor for altimeter and barometer, a thermometer, a compass, and step counter. It also has Bluetooth connectivity, so users can use the G-Shock Connected app to sync the watch to a reference atomic time and access other functions of the watch such as alarm, world time, and activity tracking. 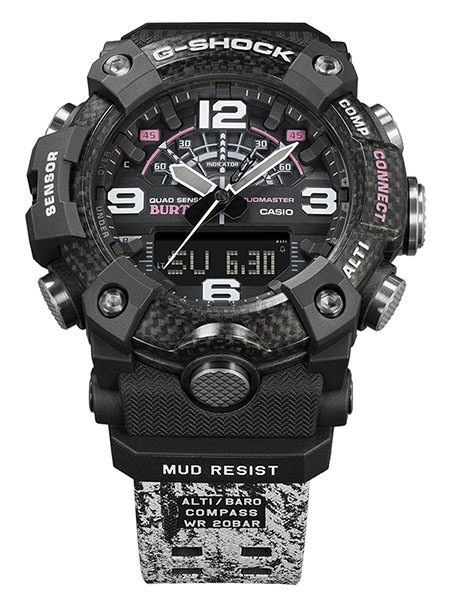 The first is a collaboration with Burton, a brand that makes snowboards. The model number is GG-B100BTN-1A.

This watch stands out for its pink accents on the bezel and dial. There's also a pink Burton logo on the dial at 9 o'clock.

Unique to the watch is the print on the band. It's a snow-covered tree camouflage pattern from forests in British Columbia, and it was inspired by Dean Blotto Gray, a renowned snowboard photographer.

These little touches were added to remind wearers of the landscape that professional snowboarders work in. 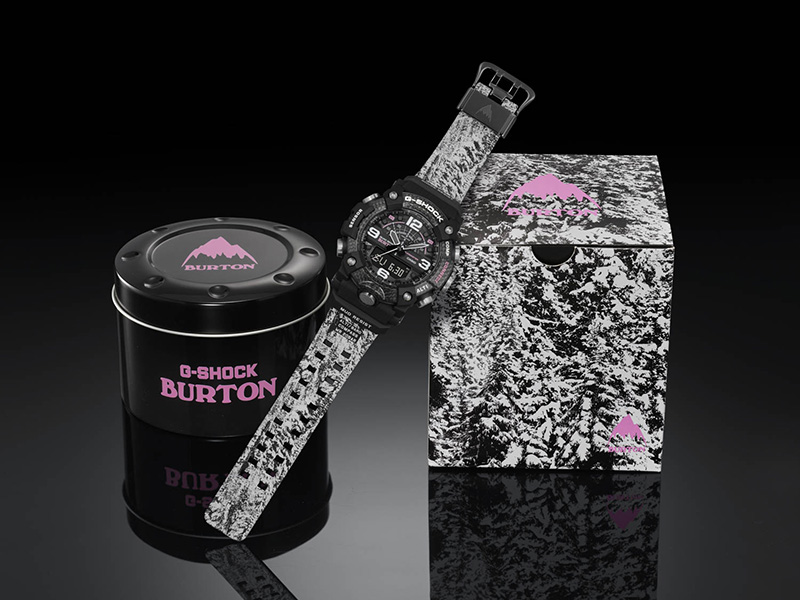 The G-Shock x Burton Mudmaster GG-B100BTN-1A is priced at S$599 and it's available now at all G-Shock boutiques and on the G-Shock online store. 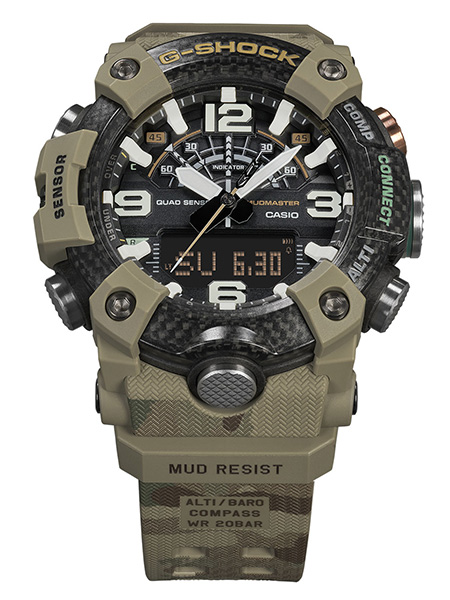 The second watch is a collaboration with the British Army and it's called the G-Shock x British Army Mudmaster GG-B100BA-1A.

The watch was designed with inputs from the British Army and it was chosen primarily because of the Mudmaster GG-B100's ruggedness.

It features a black dial with khaki accents and a camouflage band so that it doesn't draw unwanted attention. Large white hour indices and hands make it easy for the wearer to tell time. 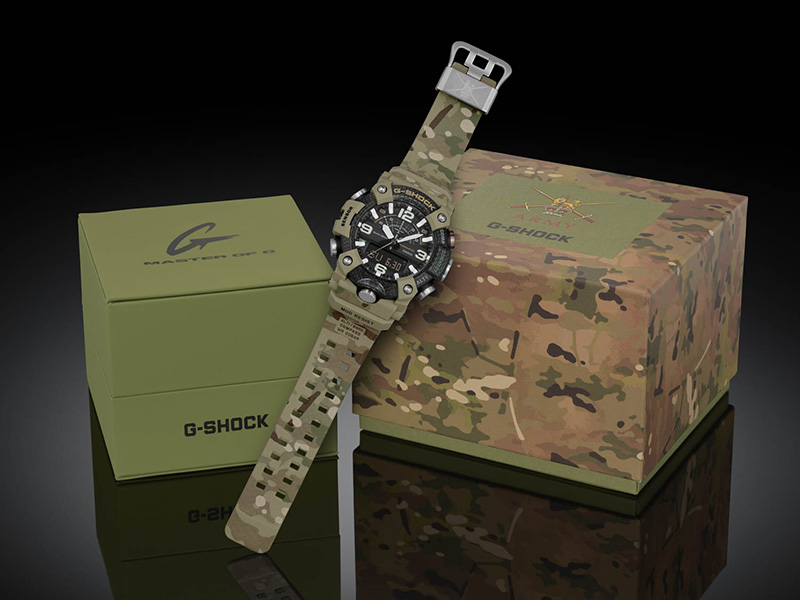 No word yet on pricing but Casio did say that this watch will launch sometime in April. We will update this article once Casio announces pricing details.

Join HWZ's Telegram channel here and catch all the latest tech news!
Our articles may contain affiliate links. If you buy through these links, we may earn a small commission.
Previous Story
To 5GHz and beyond: Intel's new 10th gen H-series chips for high-end notebooks
Next Story
An affordable smartphone with 90Hz display - Realme 6 and Pro version launches in Singapore