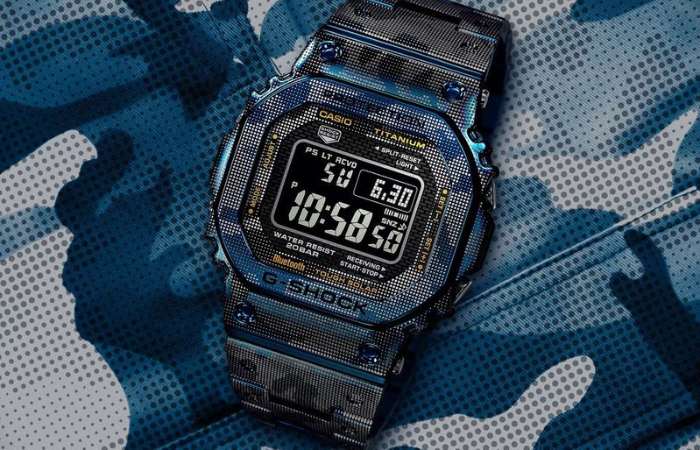 Fans of square G-shocks now have a new model to look forward to. This is the new GMW-B5000-TCF.

The GMW-B5000 has proved to a popular canvas for G-Shock. Earlier this year, we had the Tron-inspired GMW-B5000CS, and now this.

The GMW-B5000-TCF features a blue titanium case and that has been treated with an ion-plating process to create a digital camouflage look.

It reminds me of last year's GMW-B5000TCM-1. And yes, Casio needs to work on coming up with more reasonable references.

The GMW-B5000-TCF retains all of the features that make the GMW-B5000 such a fan favourite, including 200-metres water resistance and a highly shock-resistant case.

It features Bluetooth connectivity so users can manage and control functions of the watch via the G-Shock Connected app.

The watch itself has features such as Multi-Band 6, world time, alarms, chronograph, and more. It also features Casio's Tough Solar technology so it can be powered by any light source.

Join HWZ's Telegram channel here and catch all the latest tech news!
Our articles may contain affiliate links. If you buy through these links, we may earn a small commission.
Previous Story
Urbanears's first true wireless earbuds Luma and Alby are now available in SG
Next Story
ICYMI: Samsung Galaxy S20 FE will also get three Android OS upgrades