Note: This article was first published on 1 December 2019. 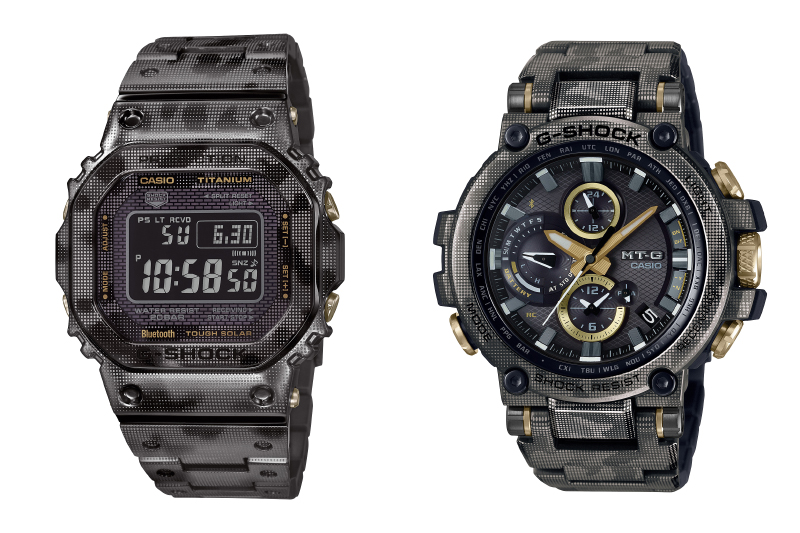 The GMW-B5000TCM-1 is based on the highly popular GMW-B5000 and it features a full titanium construction (both watch head and bracelet).

Casio has been releasing different variants of its GMW-B5000 watch and this is arguably the most fashion-forward one yet.

In case you forgot, we had a go with their vintage-inspired GMW-B5000V watch earlier this year which has a unique aged black IP finish. 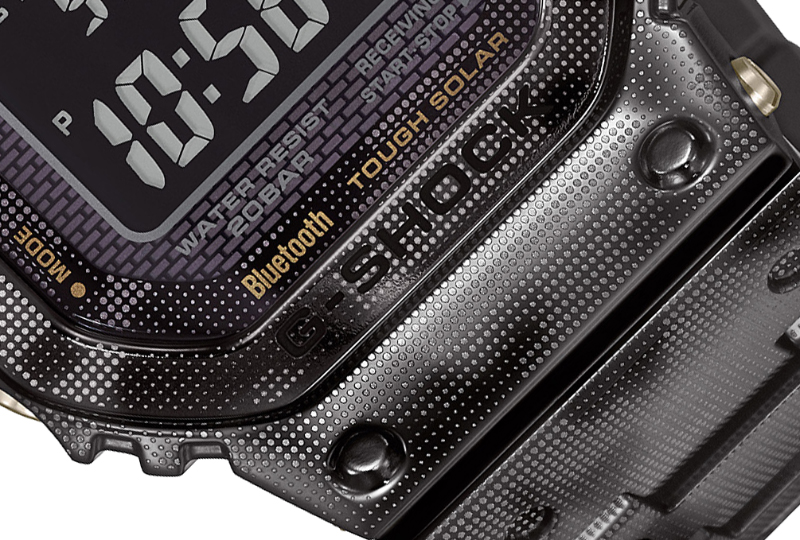 On the other hand, the new MTG-B1000DCM-1A is based on the rugged MTB-B1000 and it features a stainless steel case and bracelet.

Similarly to the GMW-B5000TCM-1, the MTG-B1000DCM-1A's case is first given a black ion-plated (IP) coating and then laser engraved to create its camouflage pattern.

Both watches feature Bluetooth connectivity through the G-Shock Connected app. This app lets you sync your watch to an atomic reference time and also adjusts your watch's time based on your GPS location.

Both watches also have a host of other specifications and features including 200 metres water resistance, high shock resistance, alarm, chronograph, and solar power charging.

The two watches are available now and although they are limited edition pieces in the sense that a fixed number of them will be produced, Casio did say that production will be limited and that these watches will only be made for a short period of them. In other words, hurry if you want them.

Join HWZ's Telegram channel here and catch all the latest tech news!
Our articles may contain affiliate links. If you buy through these links, we may earn a small commission.
Previous Story
Samsung clarifies on the sales numbers for the Galaxy Fold (Update)
Next Story
Gal Gadot swings from lightning in the new Wonder Woman 1984 trailer