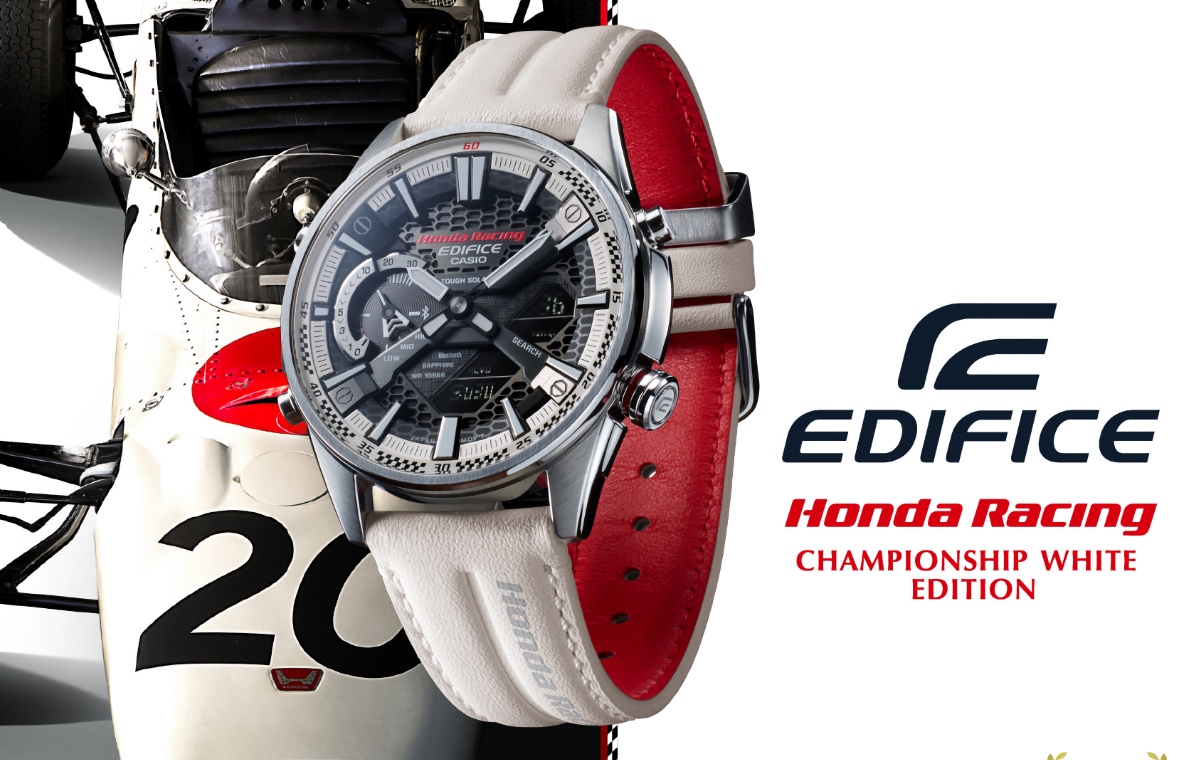 Casio and Honda have teamed up for a limited edition Edifice watch that celebrates Honda's long association with the pinnacle of motorsport, Formula One. 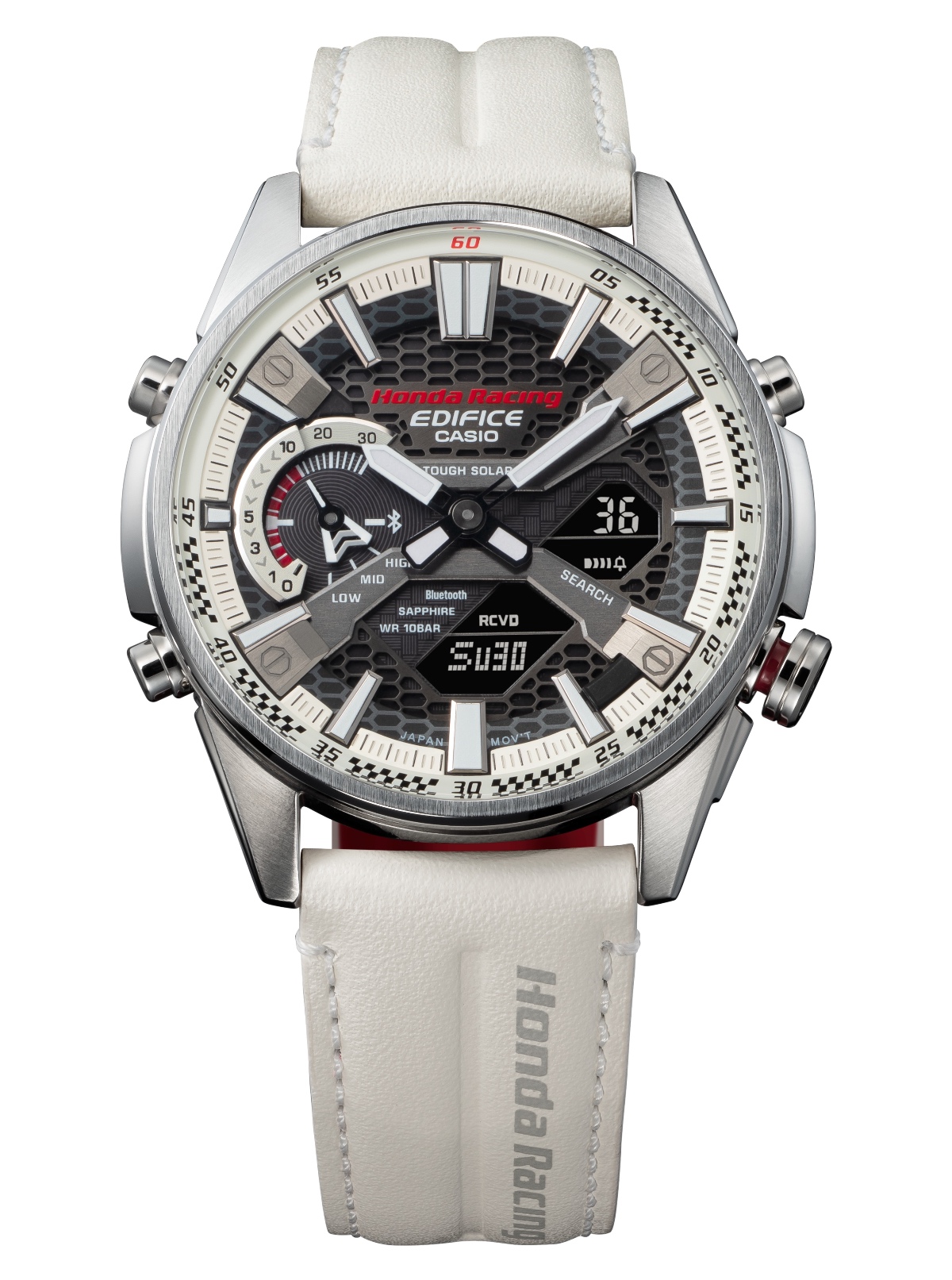 The periphery of the dial also features a chequered flag pattern that signifies the many victories of Honda.

Honda dominated F1 in the mid to early Nineties as an engine supplier. It won the World's Constructor's Championship with Williams in 1986 and 1987, and then with McLaren from 1988 to 1991.

Since the watch is based on the ECB-S100, it has a prominent countdown counter on the dial. Additionally, it has features such as Tough Solar, which means it's solar-powered; and Smartphone Link, which enables users to connect the watch to their phone via the Edifice Connected app for easy time adjustment and time-syncing. 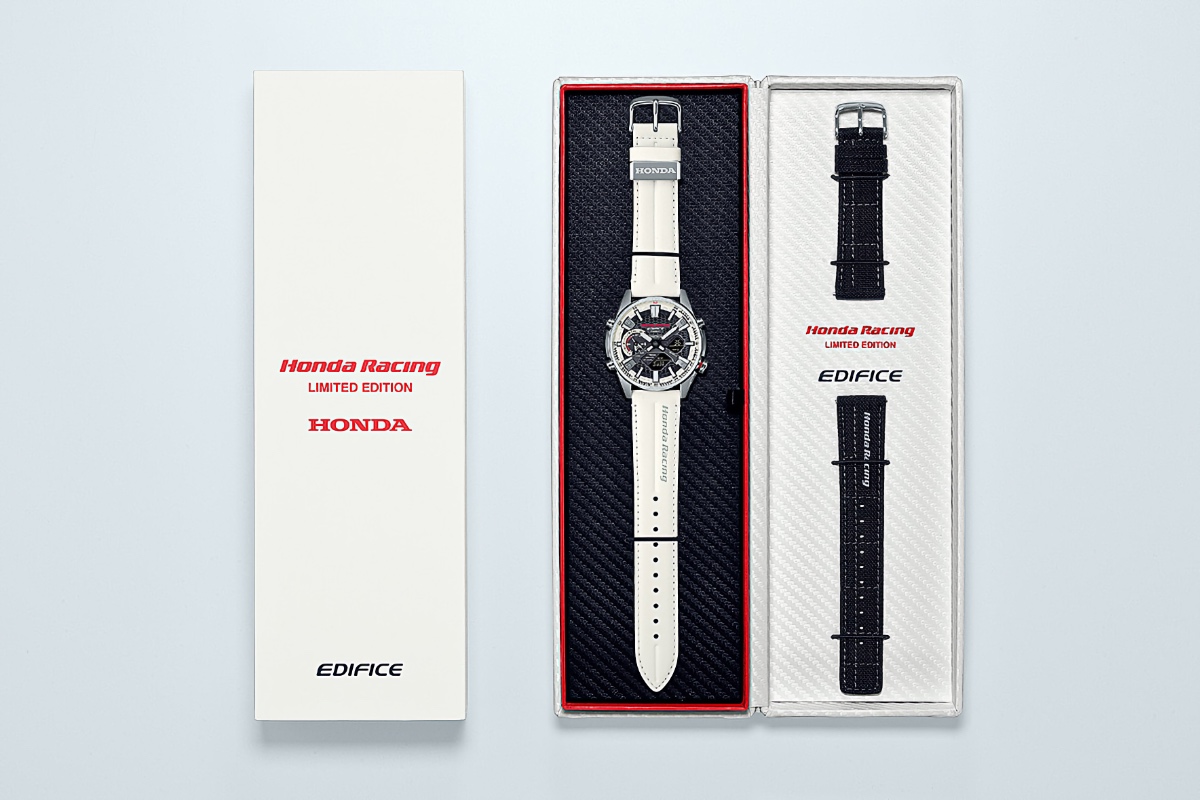 The Casio Edifice ECB-S100HR Honda Racing Championship White Edition is priced at S$499 and will be available at Honda's official authorised distributor, Kah Motor, from 24 November 2021 to 1 December 2021.

Thereafter, it will be available at Edifice retailers and at all G-Shock stores from 3 December 2021.

Join HWZ's Telegram channel here and catch all the latest tech news!
Our articles may contain affiliate links. If you buy through these links, we may earn a small commission.
Previous Story
LG's 2021 true wireless earbuds have active noise-cancellation, Meridian-tuned sound, UV-cleaning, and more (Updated)
Next Story
Life360 acquires Tile for $205 million