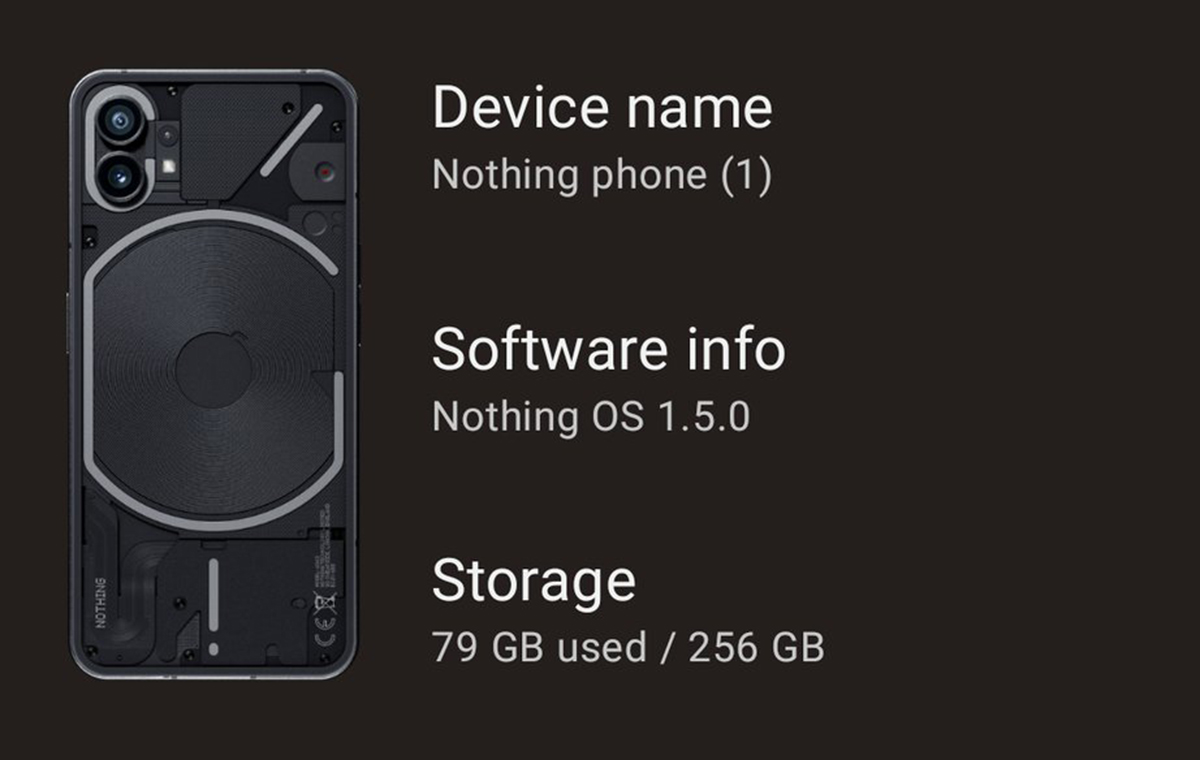 What would the Nothing Phone (1) look like with Android 13?

The founder of Nothing Tweeted a screenshot last evening (his morning) to show a page from Nothing Phone (1)’s Settings app. It teased Nothing OS 1.5.0, likely referring to an updated build for the Nothing Phone’s unique Android reskin.

Also present in the “About Phone” screenshot is the Android 13 version, stated at the bottom. Other phone users followed up to the Tweet by saying they did not receive such a firmware update yet. Carl Pei responded by saying it’s coming “soon”.

Previously, the ex-founder of OnePlus said (on Twitter) that the Nothing Phone (1) focuses on its user experience, and will not be shipping its Android 13-based operating system until early 2023. That said, the phone still regularly receives updates for its firmware and features.

Join HWZ's Telegram channel here and catch all the latest tech news!
Our articles may contain affiliate links. If you buy through these links, we may earn a small commission.
Previous Story
Apple supplier hints at iPhone 15 Pro with solid-state buttons
Next Story
Amazon Singapore hosts an interactive event showcase Amazon.sg House at Suntec City