During Thursday's 20-minute State of Play livestream, Capcom unveiled a brand-new trailer for an IP that's nothing if not prehistorically intriguing.

Directed by Takuro Hiraoka and produced by Ichiro Kiyokawa, both of Monster Hunter World: Iceborne fame, EXOPRIMAL is a team-based sci-fi shooter that, for lack of a better description, would basically be the secret love child of Crysis and Jurassic Park.

Set in the year 2040 (which frankly isn't actually all that far away!), EXOPRIMAL explores a future where humanity faces extinction at the hands of sudden dinosaur outbreaks. Accordingly, to help combat this new and savage threat, a corporation called Aibius has developed a hyper-advanced AI called Leviathan, which is capable of predicting where these outbreaks are going to happen and respond to them effectively.

However, where things get really spicy is in how these "responses" are coordinated. Donning powerful weaponised suits of armour called exosuits, brave soldiers are dispatched across the globe to go toe-to-claw against the saurian hordes, giving humanity a fighting chance against this new and unprecedented threat.

In terms of gameplay, EXOPRIMAL's main mode, Dino Survival, will see two teams of five players each racing to complete a series of objectives, all the while staying alive against the rampaging dinosaurs. The Leviathan A.I. will provide assistance via helpful directions and information, and the team that manages to complete their assigned objective first wins the match.

As for the exosuits themselves, Capcom has shown off only four variations so far - the general-purpose Assault, the speedy assassin-like Zephyr, the sturdy Roadblock, and the support-focused Witchdoctor. The developers have hinted that more suits will be available in-game for players to use, and what makes it truly interesting is that they won't be confined to a single one at the start of each match. Instead, players can swap suits anytime by performing a Suit Change, allowing teams to devise flexible strategies even on the fly. 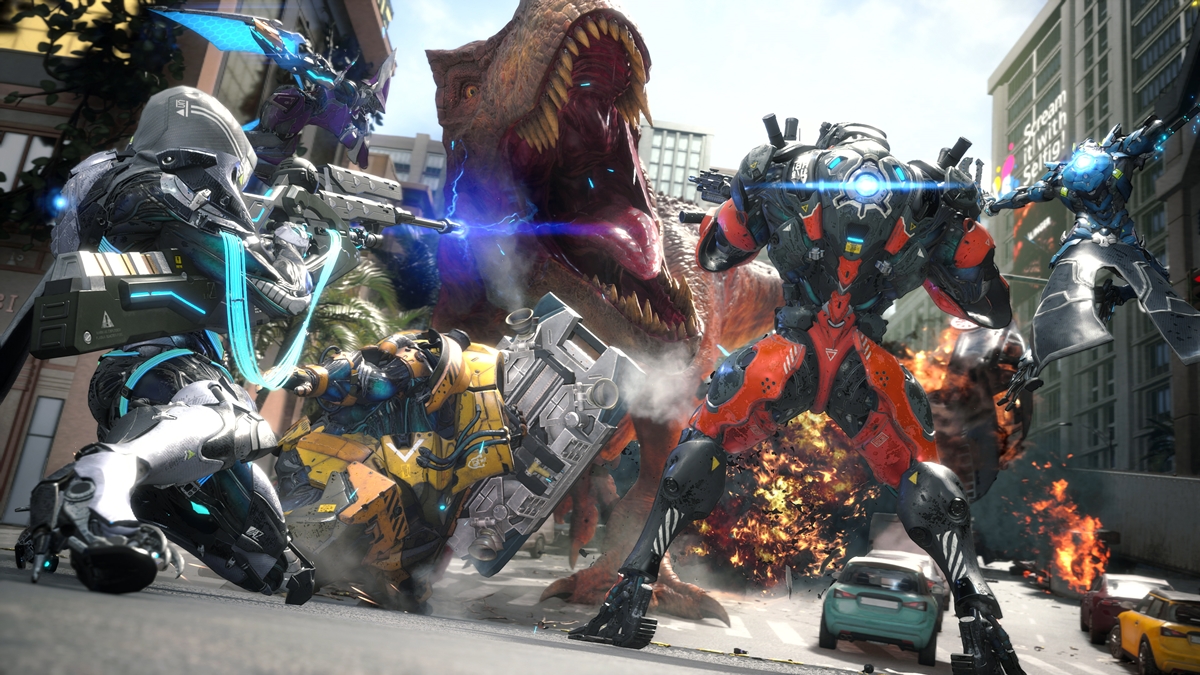 Filled to the brim with the likes of T-Rexes, Pteranodons, and Raptors of all shapes and sizes, EXOPRIMAL offers what is arguably the oddest matchup we've seen to date - futuristic sci-fi tech against history's greatest predators. As for a release date, the game is scheduled to arrive sometime in 2023 and will be available for PC, PlayStation 4/5, Xbox Series X/S, and Xbox One.

Join HWZ's Telegram channel here and catch all the latest tech news!
Our articles may contain affiliate links. If you buy through these links, we may earn a small commission.
Previous Story
Teenage Mutant Ninja Turtles: The Cowabunga Collection features thirteen pizza-loving titles
Next Story
Apple may launch a Pro version of the Studio Display in June