Canon announces the launch of the PowerShot SX740 HS The rumors were true! The PowerShot SX740 HS has just been officially announced with the local launch date set as end August. Local pricing hasn’t been revealed yet, but as we reported here, the camera is indeed going to be using a 20.3MP CMOS sensor that’s powered by a new DIGIC 8 imaging processor. Canon says this applies gradients to adjust blown highlights so as to achieve well-balanced lighting, rich colors, and great detail. 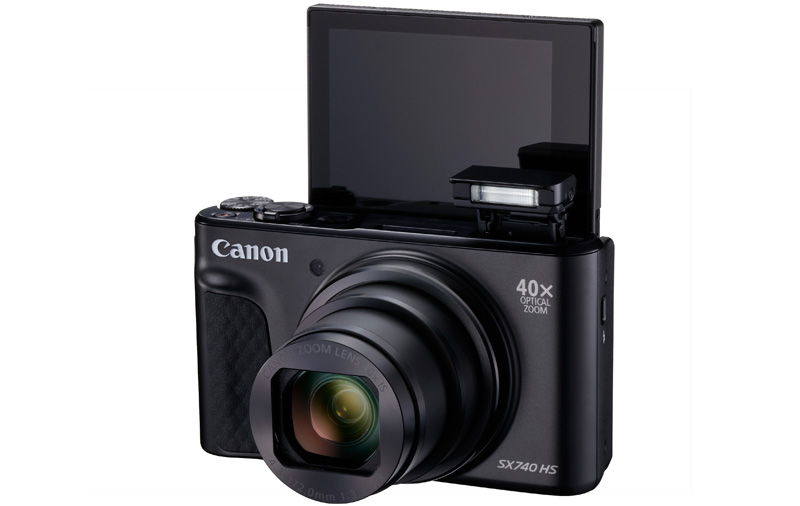 Something we didn’t mention in our previous coverage is the 4K frame Grab function, which lets you take high resolution stills from a 4K clip. Time-lapse movie recording has also been built-in, and the camera will take advantage of Bluetooth low energy (BLE) to maintain a constant connection with your phone, allowing you to view your images via your phone and to tag each image with the proper GPS co-ordinates as you take them.

The PowerShot SX740 also gets a video Snapshot feature that lets you shoot four to eight second snippets and stitch them into a short movie that’s easily shareable on your favorite social network. Finally, Food Scene mode promises to let you easily get mouth-watering food shots by playing with tone and light.