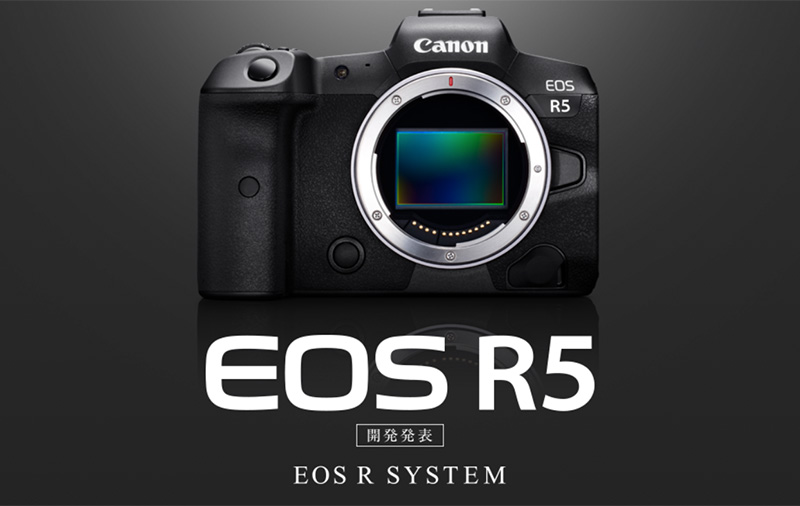 In Feb, Canon announced that it’s in the midst of developing the next model in its EOS R system — the EOS R5. Details of this new mirrorless camera have been coming in dribs and drabs ever since, but we do know it’s going to have a new CMOS sensor and supports up to 20fps burst shooting with the electronic shutter and 12fps with the mechanical shutter.

Well, we’re coming to the end of Apr, and Canon is ready to drop more details, especially the camera’s video capabilities.

According to the company, the EOS R5 is able to shoot 8K videos internally at up to 30fps with full sensor width readout (i.e., no crop). This means you’ve all the resolution you need to edit in post before outputting the video in 4K or Full HD.

In addition, Canon says the R5 supports internal 8K RAW movie recording at up to 30fps. The processing pipeline must have seen some serious upgrades, too, since that’s close to 1,000MP per second! Dual Pixel CMOS AF continues to work in this RAW movie mode.

Regarding 4K, Canon says the R5 can shoot 4K at up to 120fps, both internally and externally. Again, Dual Pixel CMOS AF works even at this high frame rate. And for both 8K and 4K internal recordings, 10-bit YCbCr 4:2:2 with Canon Log is supported.

Last but not least, the R5 will sport a 5-axis in-body image stabilisation system (IBIS) that works in tandem with Canon IS lenses to reduce camera-shake blur. This is the first time a Canon camera uses sensor shift tech for image stabilisation. Two card slots are present on the camera: one for CFexpress and one for SD.

Join HWZ's Telegram channel here and catch all the latest tech news!
Our articles may contain affiliate links. If you buy through these links, we may earn a small commission.
Previous Story
Vivaldi officially introduces Android version and relaunches desktop browser with added privacy features
Next Story
Apple could launch 23-inch iMac and 11-inch iPad in second half of the year