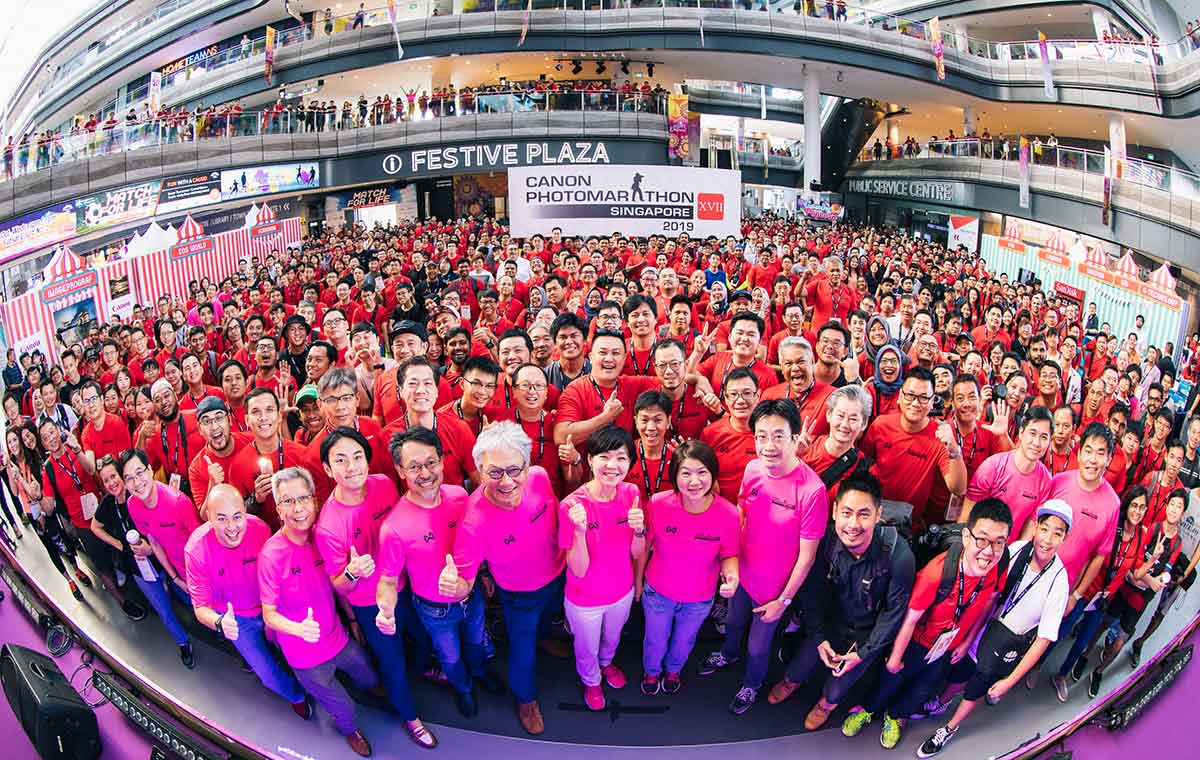 Back in a new format

Canon is announcing the return of the Singapore stretch of its annual PhotoMarathon photography competition, this time under the new PhotoMarathon 2.0 format, similarly how HardwareZone's annual Tech Awards event has transformed. With pandemic showing no signs of stopping, Canon has shifted the competition online, this time taking place across a span of three months, rather than a physical event on a single day.

The overarching theme of this year's PhotoMarathon is 'Dare to Reinvent', where participants are encouraged to capture changes in their daily lives with reimagined and unique perspectives. The new format will also see a different theme for each month, with December being 'Reinvent Light'. The themes of the next two months have yet to be revealed.

Some of the requirements and rules from previous PhotoMarathons have been carried over:

Prizes to be won

There will be three winners for each month, with each month's top three receiving the following:

Each month's total prize pool is worth almost S$7,000, with the 1st prize totalling over S$4,600. Winners will be announced in March 2022, and Canon's partners will also have special prizes of their own, to be announced at a later date.

How can you join?

Unlike the previous events, Canon PhotoMarathon 2.0 is free for all (i.e. no registration fees) and anyone with a standalone digital camera is eligible to join.

If you're in the mood to join but are worried about lacking the skills, Canon will also be supporting the three-month contest period with tips from Canon's panel of judges, as well as 'Tonight with CIA' webinars on their Facebook page, to supplement those who may be in need of mentoring.

Given that the contest is seeing a long extension, photographers who wish to join now have more time to tweak and submit their photos, and perhaps makes it a bit more accessible for newbies or the less experienced who need more time to find the perfect shot.

If you want to give this a go, the contest begins today (6 Dec) at 6PM SGT. Check Canon Singapore's Instagram and Facebook for Theme Announcement posts as well as updates from the company during the three month period, as well as the aforementioned webinars and tips.

If you're curious, Canon's PhotoMarathon (or CPM for short) has a pretty rich history, starting from its inaugural CPM in Singapore in 2003, making the contest almost two decades old. The CPM has also expanded from its Singapore roots as well, now being available in most of Asia including India, Malaysia and the Philippines.

In fact, this isn't the first online PhotoMarathon under the global CPM umbrella as well, with one having taken place in Vietnam in late 2020, though not under the new CPM 2.0 format.

The CPM has also seen some of its share of revenue go to charitable causes, with registration fees from the 2018 event going to The Straits Times School Pocket Money fund, where funds raised went to schoolgoing children from lower-income families.

Unsurprisingly, 2020's Canon PhotoMarathon was cancelled due to the pandemic. As a result, though, with such a dramatic format twist due to the current climate, this year's CPM 2.0 will certainly write itself into the history of Canon's PhotoMarathon.

Join HWZ's Telegram channel here and catch all the latest tech news!
Our articles may contain affiliate links. If you buy through these links, we may earn a small commission.
Previous Story
Activision Blizzard won't be a part of The Game Awards beyond its nominations
Next Story
The OLED display advantage: ASUS takes the next leap in notebook advancement