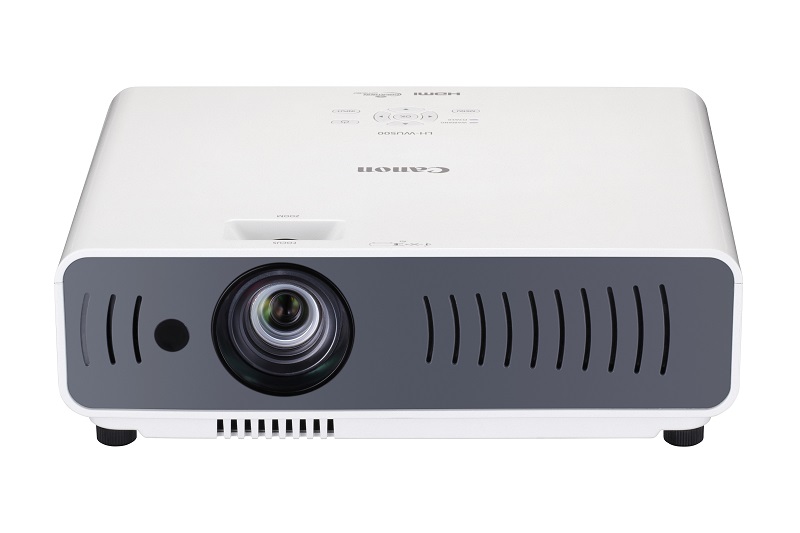 Canon has launched three new projectors that fall under the LH series of projectors and use High Lumen Density (HLD) LED light source technology (first discussed in this BenQ projector) meaning that the new LH-WU350UST, LH-WX370UST and LH-WU500 can be used for up to 20,000 hours in eco-mode before needing a bulb replacement and helping keep costs down.

Where projection depth is not a concern, the LH-WU500 boasts 5,000 lumens brightness output in normal mode, easily makes this the brightest of the three launched. Output resolution is 1,900 x 1,200 pixels with a footprint of 408 × 173 × 428 mm including the protrusion. It also features a 16W mono speaker.

Ultra-short Throw for more use cases 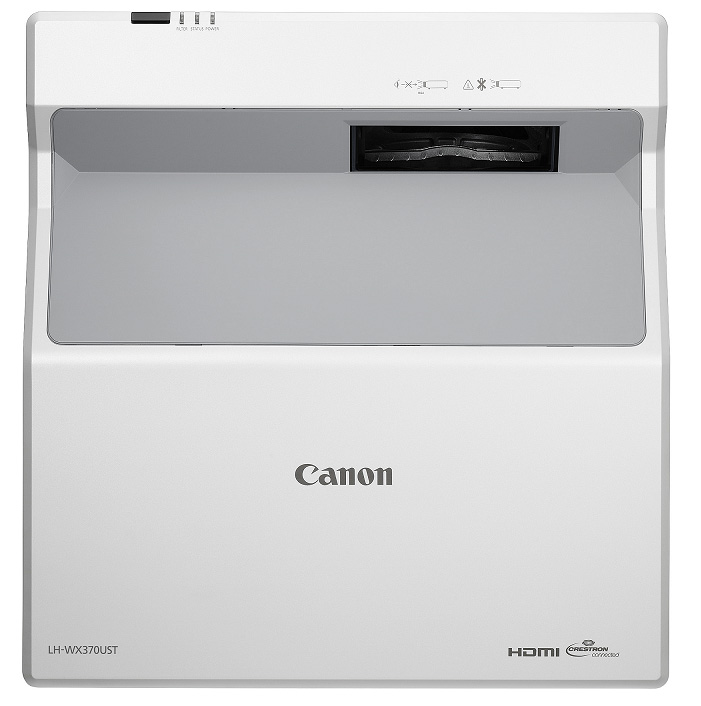 Two of these new projectors are also ultra-short-throw enabled.

The difference in a projector’s throw distance is decided by the type of lens it uses, with long throws generally being cheaper to build than short-throw due to the quality of glass necessary to make them work. The distance from projector to screen compared to the screen size is the projector’s throw ratio.

Ultra-short throw projectors can create an image of up to 100 inches from a mere 15 inches away and are commonly reserved for commercial or enterprise applications. They can, however, be useful in smaller homes or apartments that are even more cramped for space than those that would use a standard short-throw instead.

Canon first introduced an ultra-short-throw projector, the LV-8235 UST in 2011.

The new LH-WU350UST and LH-WX370UST models have an ultra-short-throw (UST) design, which offers a throw ratio of 0.24:1, approximately equivalent to that of an 80-inch screen and can easily fit into tight or limited spaces, meeting the needs of various different users and events and allowing for more creative usage in meeting rooms, classrooms, museums or event spaces.

Both are the same size at 408 × 173 × 428mm including the protrusion, have a single 16W speaker, HLD LED light source technology for a bulb life of 20,000 hours in eco-mode as mentioned earlier. Here's how they mainly differ:- 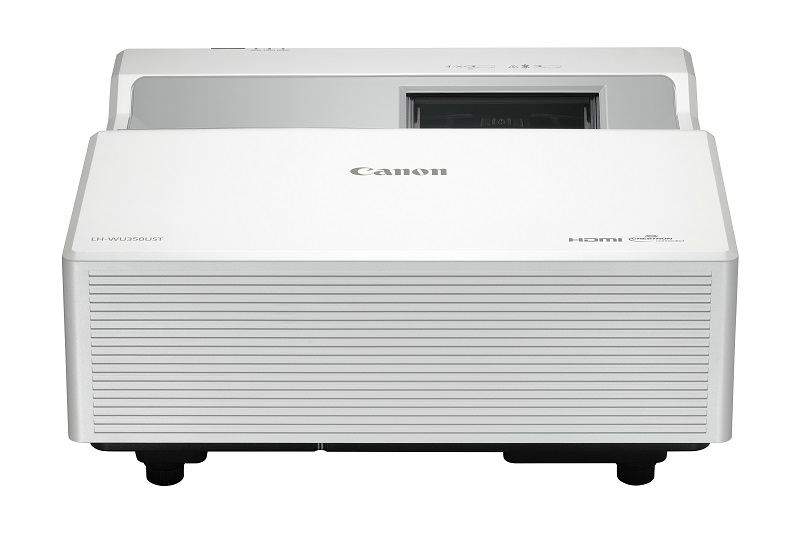 Join HWZ's Telegram channel here and catch all the latest tech news!
Our articles may contain affiliate links. If you buy through these links, we may earn a small commission.
Previous Story
Sony will finally reveal new PlayStation 5 details tonight
Next Story
All Apple stores outside of China are closed indefinitely