Canon decided to drop a big update on their digital compact camera lineup, with new additions to the point-and-shoot PowerShot G series, as well the mirrorless interchangeable lens EOS series. This feels a little soon, since the PowerShot G3 X was only released here in June 2015. Nonetheless, here are their new shooters. 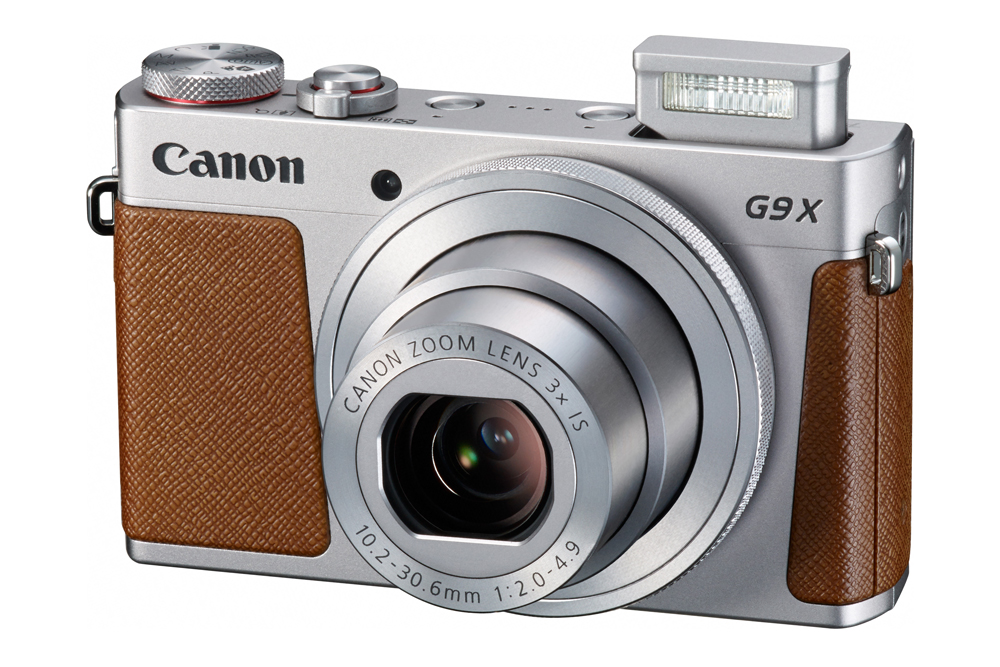 This is Canon’s most compact, and also the lightest PowerShot G model to grace their lineup - it weighs a mere 209g and measures around 98 x 57.9 x 30.8mm. This particular model is equipped with a 20.2-megapixel, 1-inch type CMOS sensor, with image processing handled by Canon’s very own DIGIC 6. The point-and-shoot camera comes with a 28 – 84mm (35mm equivalent) lens with 3x optical zoom, and an aperture range of f/2.0 to f/4.9. All these, combined with ISO 12,800, give the PowerShot G9 X the ability to shoot in dimmed lighting conditions, as well as the functionality to shoot images with the bokeh effect.

The PowerShot G9 X stands out because of its classic design. Both Black and Silver come with leather-like trim at the sides, which provides a better grip than naked point-and-shoot cameras. In contrast to its classic design language, the PowerShot G9 X comes with Wi-Fi and NFC, connectivity, and compatibility with the Canon Camera Connect app that lets you remotely control the camera’s zoom, focus, shutter speed, ISO, aperture, and aspect ratio. This PowerShot G camera supports in-camera USB charging via its proprietary charger.

The Canon PowerShot G9 X will retail at S$619 and will be available from late October 2015 through the usual authorized distributors and resellers. 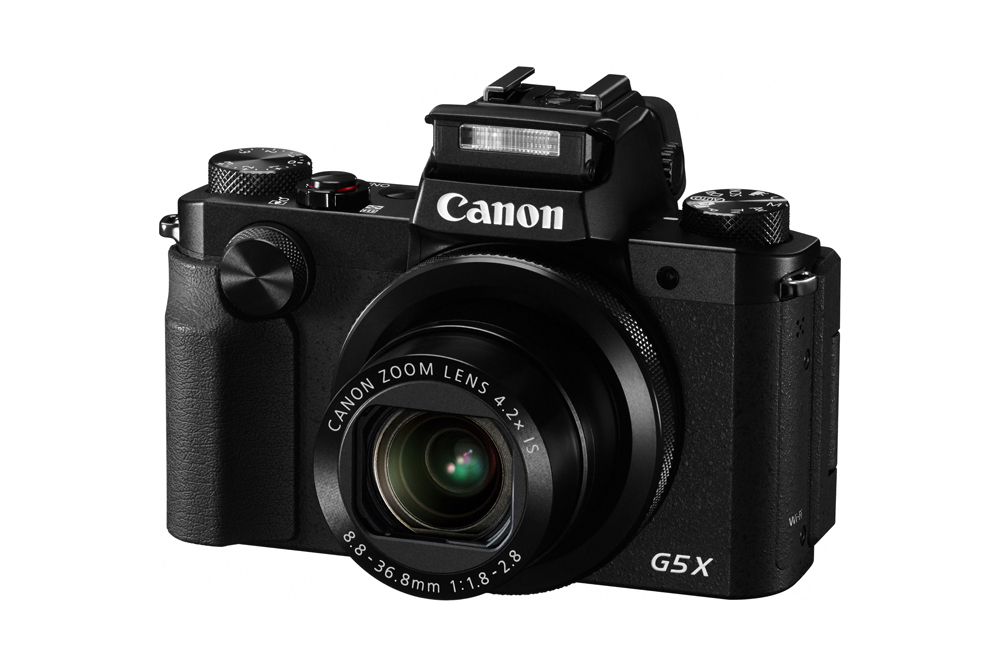 This model is the first PowerShot G camera with a built-in electronic viewfinder (EVF), and it’s designed for the user who needs something premium with a little more control over framing a good shot. Like the PowerShot G9 X, it also touts a 20.2-megapixel, 1-inch type CMOS sensor, powered by the Canon DIGIC 6 image processor. The lens has a range of 24 – 100mm (35mm equivalent) paired with 4.2x optical zoom, enabling a wide choice of different shots. The aperture goes from f/1.8 to f/2.8, so well-lit shots or photos with bokeh effect are achievable too.

The EVF on the PowerShot G5 X has a resolution of 2.36 million dots, and designed to have an eyepoint of 22mm, which should be comfortable for bespectacled shooters. It can also record Full HD (1080P) videos at 24fps (60fps if you choose to record in MP4 format). It has wireless connectivity, like the PowerShot G9 X, so you can also use Wi-Fi or NFC, as well as the proprietary Canon Camera Connect app with the G5 X camera.

The PowerShot G5 X will retail for S$999 and will be available from late October 2015 via authorized Canon distributors and retailers. 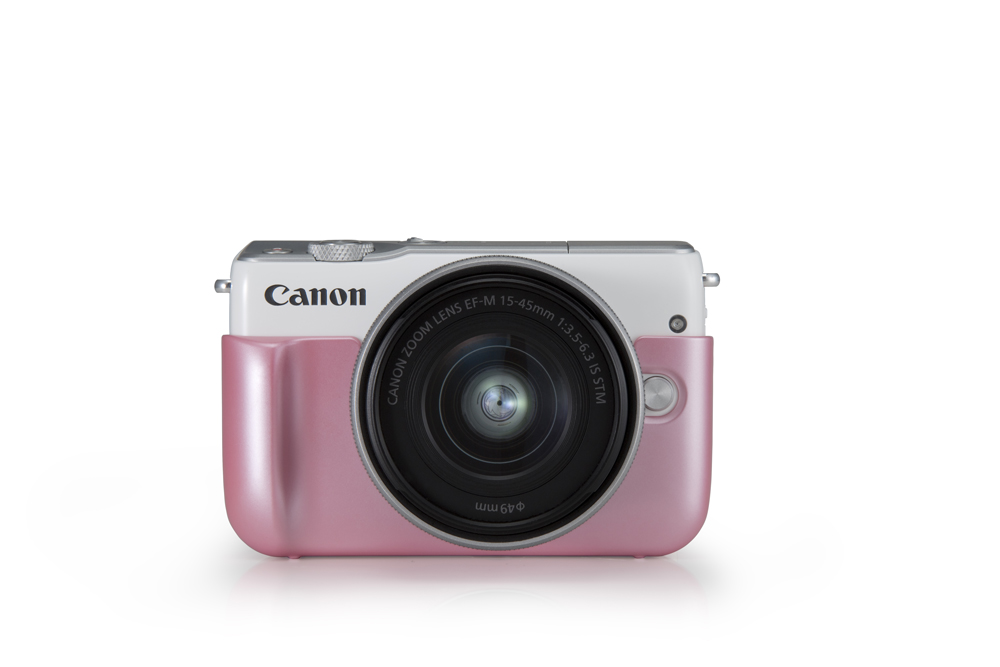 This is a digital, interchangeable lens compact with the quality of typical EOS series cameras, finished off in a chic and casual design language. The EOS M10 has a powerful 18-megapixel, APS-C CMOS sensor, powered by the Canon DIGIC 6 image processor. The default kit lens is a new compact EF-M 15 - 45mm, f/3.5-6.3 IS STM lens (with a 35mm equivalent of 24 – 72mm), and it has an ISO range of up to 12,800. 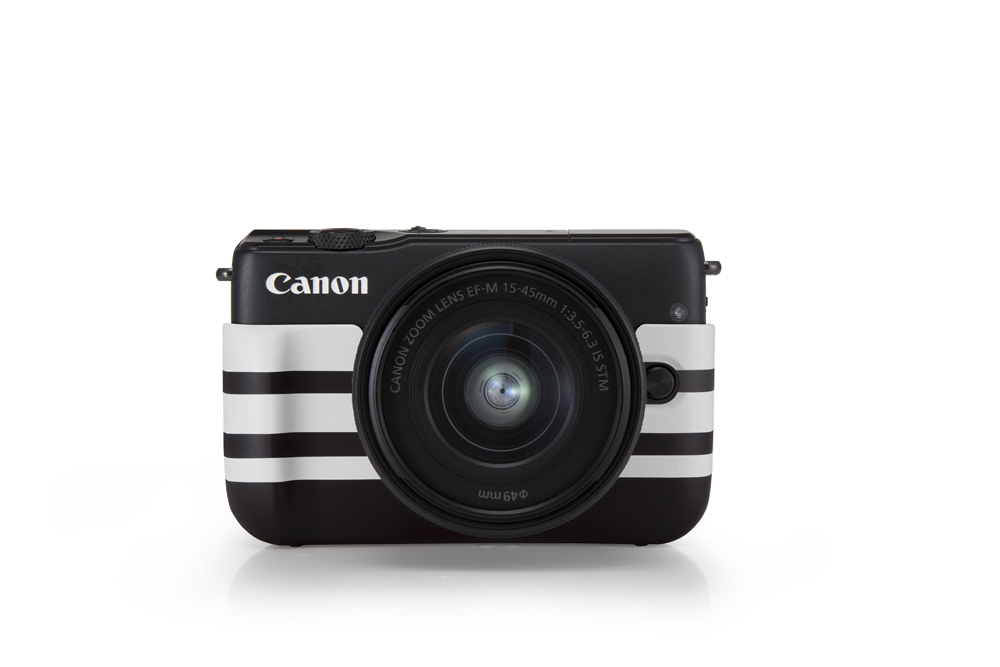 While the EOS M10 only comes in black or white, the cameras do come with a range of compatible jackets with a variety of striking colors. When the EOS M10 launches, it will come with a complimentary, limited edition jacket, different from the Navy, Pink, and Aqua options you can obtain separately. 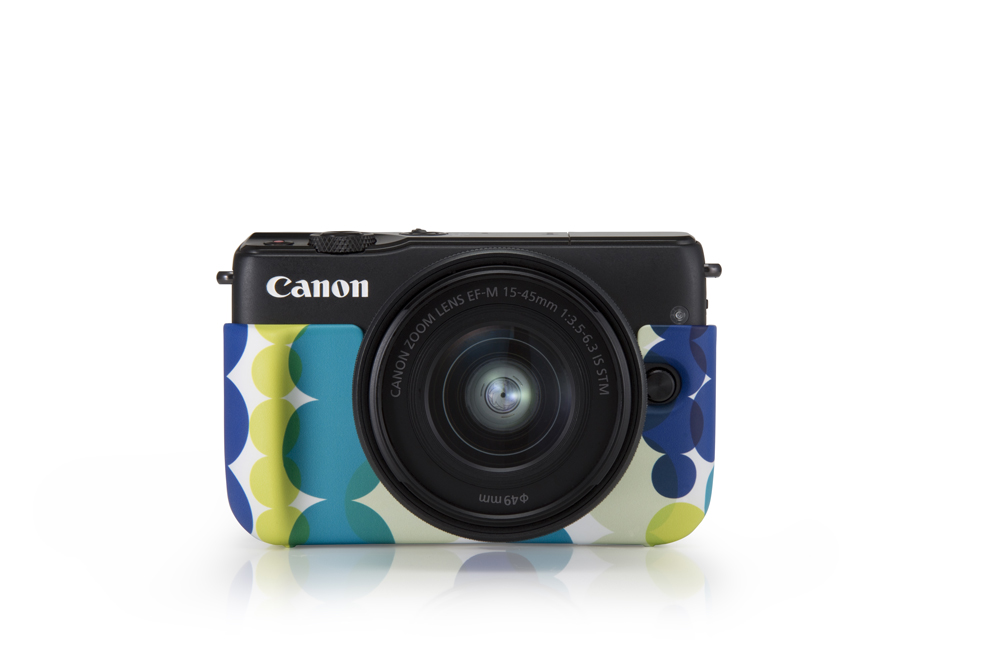 Also,, you can choose to have the bundle that comes with the kit lens and an EF-M 55 - 200mm, f/4.5-6.3, IS STM telephoto lens and, colored in Silver. But if you want more lenses, the third bundle option comes with both lenses mentioned, plus a wide angle EF-M 22mm, f/2.0, STM pancake lens.

Basically, the old second bundle became the current third bundle, and the old third bundle had all three lenses instead.

The Canon EOS M10 pricing and availability has not been officially announced.

Join HWZ's Telegram channel here and catch all the latest tech news!
Our articles may contain affiliate links. If you buy through these links, we may earn a small commission.
Previous Story
Adele's new "25" album won't be available on streaming services
Next Story
Facebook wants to make it easier for you to mend a broken heart