Canalys report: Xiaomi overtakes Apple as #2 for smartphones sold across the globe

Canalys report: Xiaomi overtakes Apple as #2 for smartphones sold across the globe 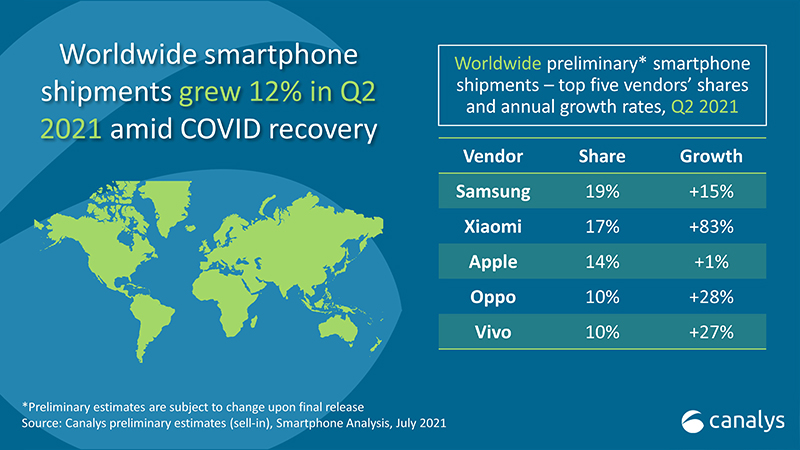 Market research firm Canalys just published its Q2 2021 report for the global smartphone market. For the first time, Xiaomi is in the #2 spot for smartphones sold worldwide, overtaking Apple’s second place in the previous quarter.

Xiaomi seems quite pleased about it. Just look at this: 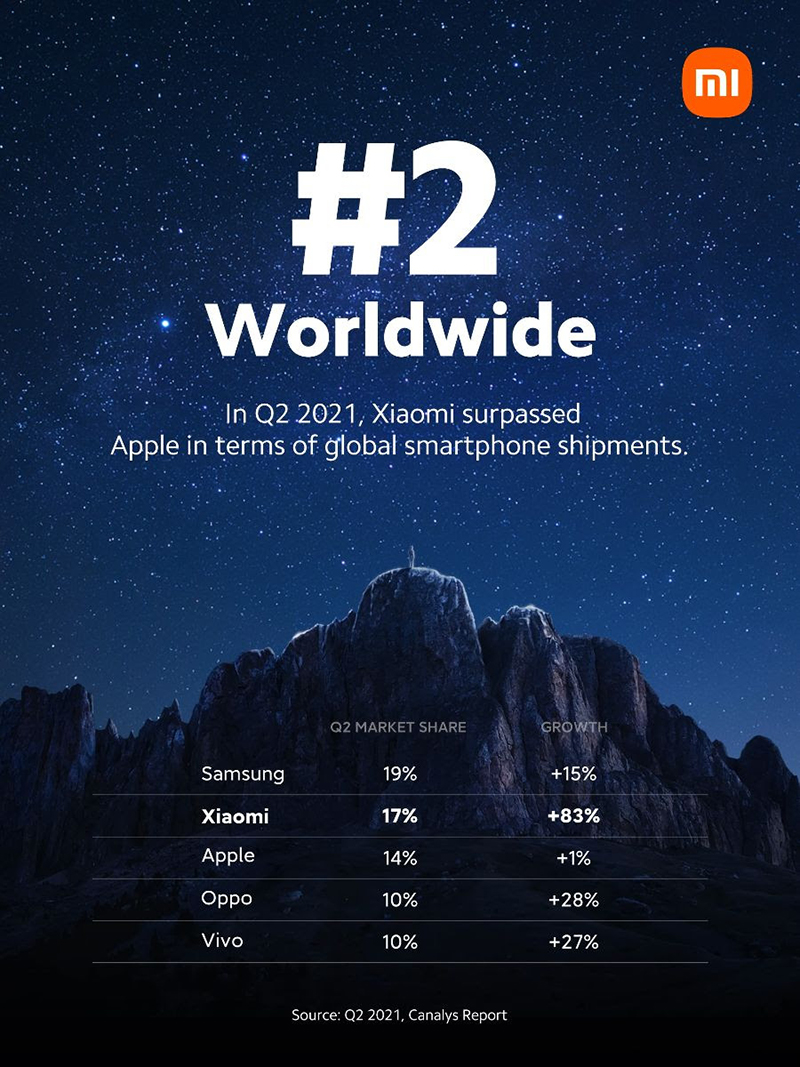 It’s a bit much, but overtaking any top phone brands across the globe isn’t a simple feat. The Canalys report showed that Xiaomi currently holds 17% market share, with Samsung and Apple at 19% and 14% respectively. In fourth place is Oppo with a 10% market share.

Xiaomi saw a 15% increase in volume growth from its previous record of 49 million phones sold in Q1. Ben Stanton, Research Manager at Canalys, said that Xiaomi’s shipments increased by more than 300%, 150%, and 50% in Latin America, Africa, and Western Europe respectively.

Despite the huge gains, Canalys added that Xiaomi’s phones are generally 40% to 75% more affordable on average when compared to phones from Samsung and Apple.

Both Xiaomi and Canalys said that the new developments would indicate Xiaomi’s renewed focus in pushing out premium smartphones, with a goal of overtaking Samsung’s top spot. Hopefully, this means we won’t be faced with shortages, delays, or cancellations of its best phones to come.