Check out Call of Duty: Modern Warfare in beta this weekend

Check out Call of Duty: Modern Warfare in beta this weekend 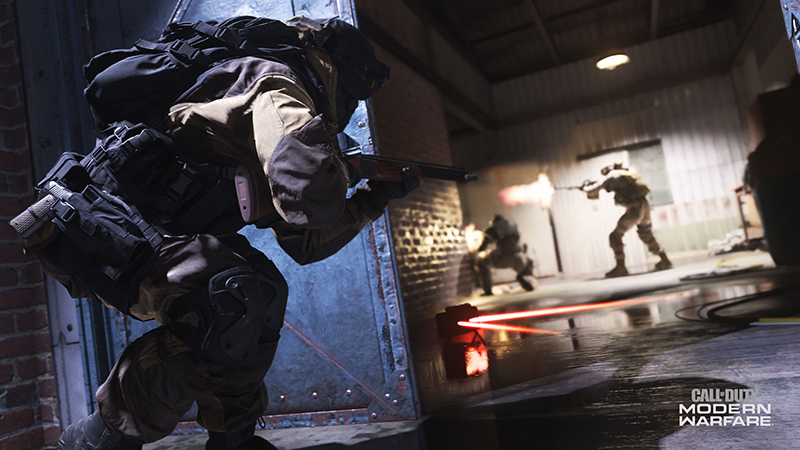 Activision and Infinity Ward have announced the schedule for the upcoming Call of Duty: Modern Warfare beta. The popular military shooter is a reboot of 2007's Call of Duty 4: Modern Warfare, but with a fresh coat of paint for 2019. Modern Warfare drops on 25 October for the PlayStation 4, Xbox One, and PC, but you'll be able to try the game ahead of time with two weekend beta tests this month, each lasting about five days.

PS4 players will get to sample the action ahead of everyone else though. The first weekend beta runs from 12 to 16 September and will be exclusive to PS4 owners. Pre-order customers on the platform will be able to get in game right away on 12 September, but anyone on PS4 will be able to play starting 14 September.

The beta will start Thursday at 1PM Eastern Time, which translates to 1AM on Friday here in Singapore.

The second weekend beta is when everyone else will be able to join in. It runs from 19 to 23 September, and includes PS4, Xbox One, and PC players and supports cross-play as well, a first for the series. Those who pre-ordered the game will also enjoy early access to the game starting 19 September, while everyone else will have to wait till 21 September. All players on all platforms can play Modern Warfare from 21 to 23 September.

There haven't been many details on what exactly the beta will include, but players will be able to play the standard 6v6 multiplayer and 2v2 Gunfight mode. According to Activision, more content and maps will roll out progressively over the weekend betas.

Players will also be able to pre-load the beta prior to both test weekends. PS4 players can do so between 1AM and 2AM on Wednesday, 11 September.

Join HWZ's Telegram channel here and catch all the latest tech news!
Our articles may contain affiliate links. If you buy through these links, we may earn a small commission.
Previous Story
SNK's NEOGEO Arcade Stick Pro comes preloaded with 20 games
Next Story
NVIDIA GPUs are enabling green eco warriors to use AI for better forest protection