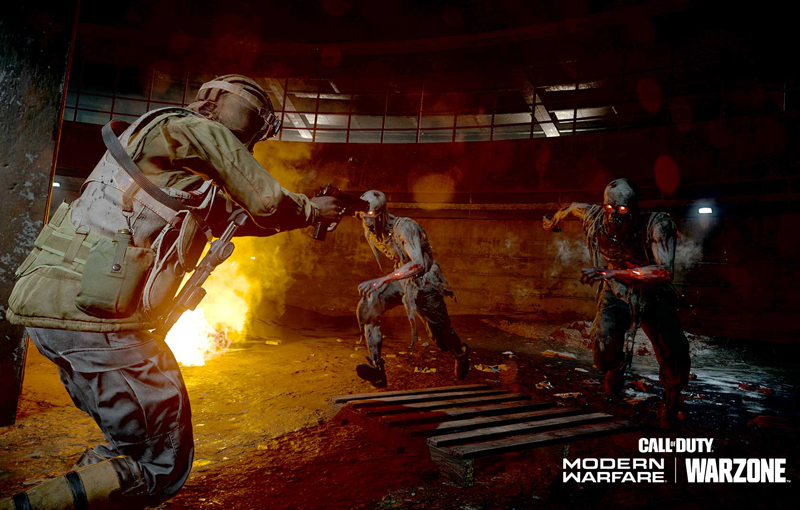 The haunting has begun.

Activision has announced Call of Duty: Warzone and Call of Duty: Modern Warfare’s upcoming Halloween-themed event! Titled ‘The Haunting of Verdansk’, the event will bring new game modes and cosmetics from iconic horror movies like The Texas Chainsaw Massacre and Saw. The event begins today, on October 20, 2020.

The moment players log in, they’ll be able to purchase cosmetic bundles based on Leatherface and Jigsaw from The Texas Chainsaw Massacre and Saw, respectively. These bundles not only include character skins but weapons, such as a special throwing knife called the Phlebotomozier. The event also introduces the villainous Dr. Karlov, a sadistic new character who comes with his own cosmetic bundle.

The Haunting of Verdansk is more than just new cosmetics, however. The event will adds JAK-12, a new automatic shotgun with a faster rate of fire than every other existing shotgun. The gun comes with unique attachments, such as explosive rounds and a massive magazine.

Warzone is getting shaken up a little in this Halloween event. First off, Verdansk will now be shrouded in darkness - and you’ll find it harder to see without the use of thermal optics. The map will also feature a ghost train, “filled with souls of those who lost their lives fighting in the Gulag,” Jigsaw cameos on TV screens and Leatherface terrorising the Krovnik Farmland. 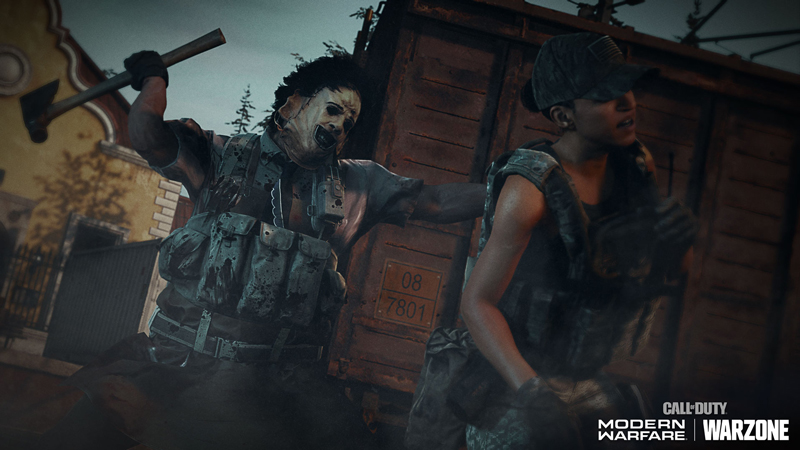 Warzone’s new Zombie Royale mode also sounds a lot like Apex Legends’ Fight or Fright event. Players who die in Zombie Royale will be resurrected as zombies, reappearing in Verdansk with superhuman strength and agility. If you kill enough players as a zombie, you’ll be able to come back to life as a human and continue your battle royale slaughterfest.

Modern Warfare players aren’t getting left out this Halloween. Players who reach a kill streak of three will have their heads turn into jack-o-lanterns, which will then be lit on fire at a kill streak of ten. It’s a pretty good indicator of which players are on their way to high-end Killstreaks, marking them for death as they run around the map. Maps will also get minor changes in certain game modes. Scarecrows will replace flags on Domination points, skulls replace dog tags in Kill Confirmed and so on.

Two new modes are also coming: Onslaughter and Snipers only. Onslaughter spawns a pumpkin-headed Juggernaut suit that teams will have to escort towards a specific objective point. Snipers Only gives you a choice between five pre-built loadouts of the titular weapon in Team Deathmatch. And the snipers will be spooky, I guess?

Well, I guess Modern Warfare players are getting a little left out. You can’t blame Activision for easing off on Modern Warfare, though - they have that other Call of Duty game to launch next month.

Join HWZ's Telegram channel here and catch all the latest tech news!
Our articles may contain affiliate links. If you buy through these links, we may earn a small commission.
Previous Story
The SSC Tuatara breaks 500km/h to be the fastest car in the world
Next Story
Aurabeat's air purifier that destroys 99.99% of COVID-19 virus now available in SG