Call of Duty: Warzone will 'evolve' and tie into future Call of Duty games

Call of Duty: Warzone will 'evolve' and tie into future Call of Duty games 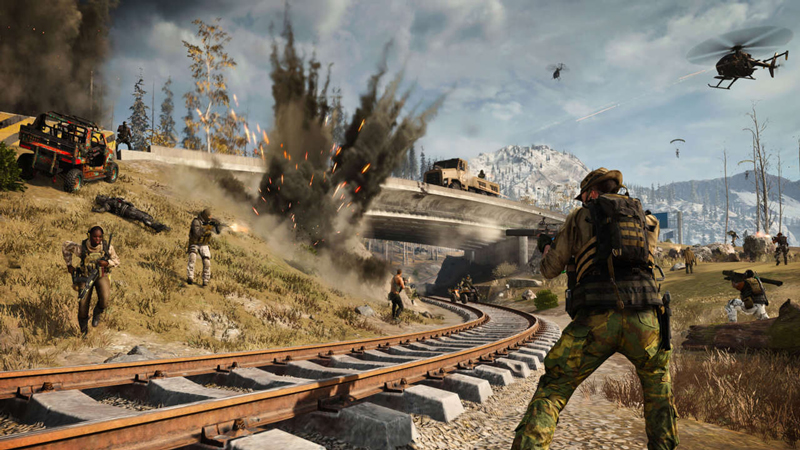 Call of Duty: Warzone has just launched a brand-new season, but its developers are already thinking about what comes next. The massive battle royale game is sticking around for the long run, aiming to evolve with constant updates that tie into other Call of Duty titles.

During an interview with GamesRadar, developer Infinity Ward’s design director Geoff Smith stated that Warzone, “was designed from the beginning as its own game.” Call of Duty games typically come out on an annual basis, and lose large volumes of players when the next installment gets released. Fans won’t have to worry about that happening to Warzone, however.

“As the game continues to be updated over time, it will evolve and become tied to other games in the Call of Duty universe," Smith said. This cements the game’s separation from 2019’s Call of Duty: Modern Warfare, and insinuates that future Call of Duty games won’t include a new battle royale component. Instead, Warzone will draw elements from future titles, such as new weapons, character skins and environmental map changes. It's only going to grow with time.

Call of Duty: Warzone has just entered its fifth season, which includes dramatic changes to the map’s stadium. Its roof has been blown off, and a train has entered the environment. The free-to-play game is also getting a paid-for battle pass with new content and rewards. You can check out Season 5’s patch notes here.

Changes in Warzone’s map have also teased Call of Duty 2020, which will reportedly be Call of Duty: Black Ops Cold War. Treyarch Studios and Raven Software have confirmed their involvement in the game’s development, though it hasn’t been fully revealed yet.

Join HWZ's Telegram channel here and catch all the latest tech news!
Our articles may contain affiliate links. If you buy through these links, we may earn a small commission.
Previous Story
Microsoft's first-party games might be playable via Project xCloud upon release
Next Story
Samsung to make semiconductors that can measure body movements for Google