Call of Duty: Modern Warfare is probably getting a battle royale mode soon

Call of Duty: Modern Warfare is probably getting a battle royale mode soon 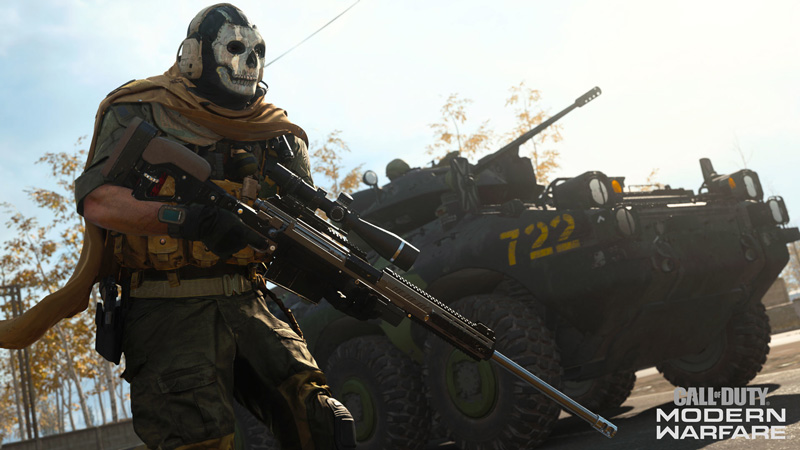 Season 2 of Call of Duty: Modern Warfare kicked off yesterday, bringing a whole bunch of new content to the game. Among the new maps and operators however, was a very interesting hint that the game might be getting a battle royale mode soon.

Our first hint that Infinity Ward was working on a battle royale mode for the game came from its very own menu. Where there were just four options on the menu before, there is now a new option that reads ‘Classified’. The biggest clue however, comes from the Season 2 cinematic trailer that now plays when players boot up the game:

The trailer shows three soldiers getting into a firefight in a new environment, when one mentions that some sort of gas is closing in. Ghost makes an appearance, and the trailer pulls back to reveal that the soldiers were exploring a large new map. A plane drops off more parachuting soldiers, while a massive wall of green gas closes in on everyone around the map.

The trailer is about as subtle as a sledgehammer. Modern Warfare is almost certainly getting a new battle royale mode - Activision is just taking their sweet time to announce the fact. Of course, the 68GB Season 2 update is likely more than enough to keep players busy while they wait for developers to drop the new game mode.

Join HWZ's Telegram channel here and catch all the latest tech news!
Our articles may contain affiliate links. If you buy through these links, we may earn a small commission.
Previous Story
The exhibitor list for E3 2020 has been leaked - which publishers are attending?
Next Story
The Motorola Razr just got a repairability score of 1 from iFixit