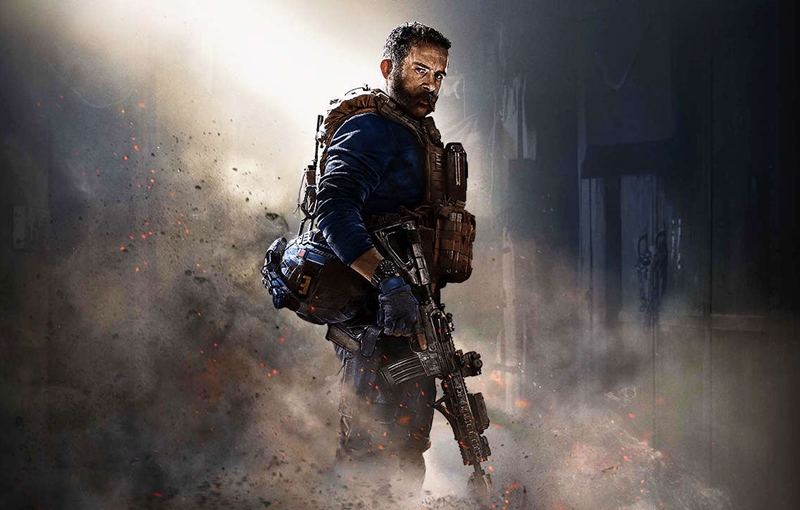 It's a fine day, isn't it? The sun is shining brightly, birds are singing merrily in the trees, and Call of Duty: Modern Warfare now needs more than 250GB of free space.

No, you're not dreaming. After the game's latest update, which dropped sometime over the weekend, players have reported that the game has now surged past the 250GB mark on PC, which means many of us are going to need a way bigger SSD to continue playing this space-munching monster of a FPS, including Twitter user @BattleNonSense. Upon observing that his 250GB SSD could no longer accommodate the popular shooter, he went ahead shared his displeasure in this post, tossing in a screenshot to go with it.

Admittedly, this isn't the first time the game has dropped bombshell updates, though. When it was first released, the recommended amount of free space for MW was already a space-shredding 175GB. Over time, that number increased to 200GB, and now it's somewhere beyong 250GB. But while it isn't unexpected, it is most certainly annoying, considering Activision could have nipped this problem in the bud by splitting up the game's three modes into separate chunks.

But no, some fellow decided to take the entire PC community for a ride and combine everything into one big SSD nuke. It didn't use to be like this, though - previous CoD games, especially those that were available on Steam allowed players to uninstall specific modes and bits they didn't really play, making it less taxing on systems packing lower-capacity SSDs.

But that was then, and this is now. If it's any consolation, there is the option of ditching MW for Black Ops: Cold War. The latter, which is being worked on by Treyarch and Raven is set to release in about a month's time on November 13, with the series' infamous Zombies mode (the main attraction for many fans) getting its own reboot of sorts. And judging from what we've seen, it's shaping up to be one hell of a thrill ride. Climb aboard, gentlemen.

Join HWZ's Telegram channel here and catch all the latest tech news!
Our articles may contain affiliate links. If you buy through these links, we may earn a small commission.
Previous Story
Ghost of Tsushima: Legends will launch in October with multiplayer missions
Next Story
Riot Games' K-pop group K/DA will release its first album in November