It wasn’t that long ago when the 802.11n networking standard got out of the draft stage, but at CES 2012, we’ve noticed a few vendors already showing off the next generation routers that conform to the current Wireless 802.11ac draft networking standard. With the standard calling for wider channel bandwidths and up to 8 MIMO spatial streams, its expected throughput currently is 1300Mbps on both bands.

Trendnet announced their TEW-811DR 1300Mbps dual-band wireless 802.11ac router just a couple days back when CES 2012 started. While we made our rounds at the show floor, we spotted Buffalo showing off their radical looking upcoming Wireless 802.11ac router. At first glances, it looked more like a mini projector than a wireless router. Upon close inspection, the bottom portion is just a detachable base, so the rest of it looks like a proper router. 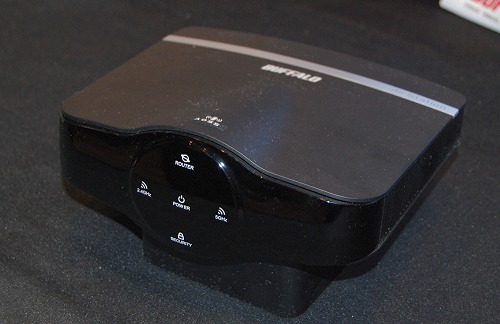 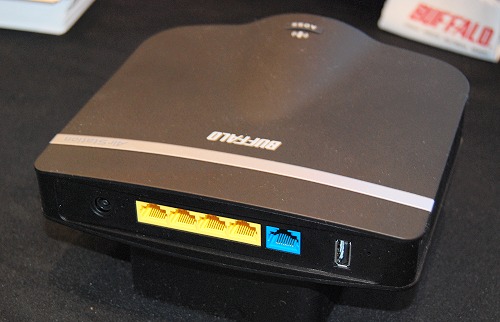 The front has very clear indicators of its status and operational modes, while the rear is kept straightforward with the Gigabit LAN ports, a WAN port, USB and power connector. Buffalo mentioned that what’s shown here isn’t final but it should be available sometime in the second half of the year.

If you really can’t wait for the wireless 802.11ac draft standard devices to be out, you can still settle for a pretty speedy 900Mbps throughput from 802.11n with a select few iterations of these devices such as from Belkin, Trendnet and more.

Join HWZ's Telegram channel here and catch all the latest tech news!
Our articles may contain affiliate links. If you buy through these links, we may earn a small commission.
Previous Story
Dune HD Showcases Upgrade to the TV-101 with the Upcoming TV-301
Next Story
TV Remotes Advance with Trackpads, Voice Input and More at CES 2012