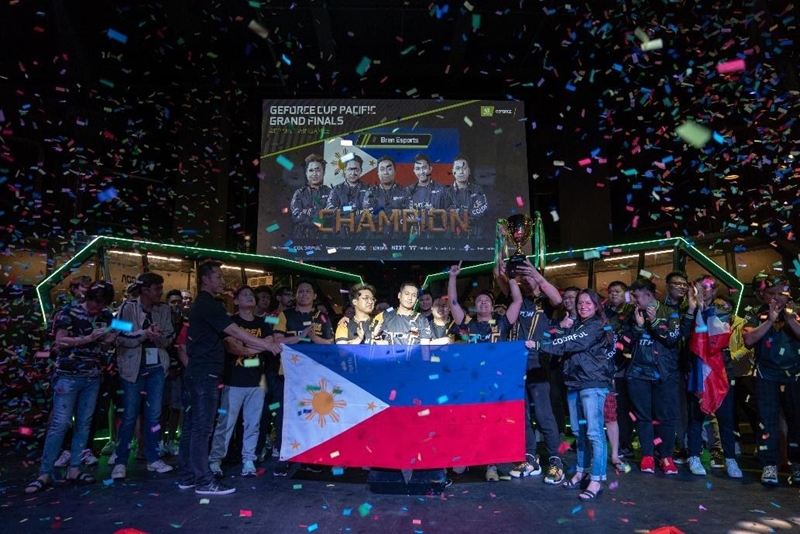 The tension in the hall was palpable. The subtle clicking of mice and mechanical keyboards amidst the deafening cheers of anxious, excited fans truly made for an odd cacophony of sound.

Of course, it wasn't your typical esports tournament, but the GeForce Cup Pacific Grand Finals for Counter Strike: Global Offensive held in Kuala Lumpur, Malaysia last weekend. Representing the "pinnacle of NVIDIA-owned esports tournaments", the GeForce Cup Pacific kicked off last October with more than 1,900 teams from 13 countries duking it out for the top spot in CS: GO.

But what's more important is the team that has come out on top: Bren Esports from the Philippines! After a gruelling two days, they beat out the nine other finalists and took home a tidy US$8,000!

Meanwhile, their opponents, Team Maple from Thailand and second runner-up Boom from Indonesia, walked away with sums of US$5,000 and US$3,000 respectively for their achievements, which is still pretty decent. Granted, the prize pool doesn't hold a candle to Dota 2's The International, but then again, the latter's cash prizes continue to reach new levels of absurd each year.

Anyway, congratulations are in order for Bren Esports, and for all the other teams too - well done!

Previous Story
Nemesis won't make things easy for you in the new Resident Evil 3 trailer
Next Story
Joker leads the 2020 Oscar nominations with 11 nods, but who got snubbed?
Featured Highlights