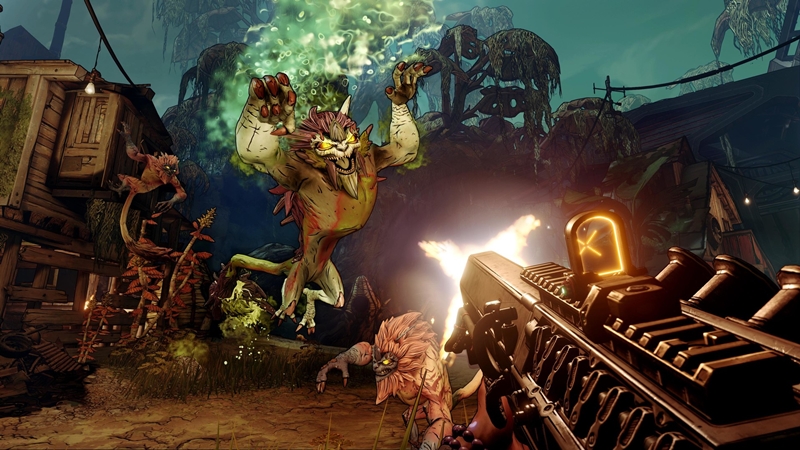 Greetings, Vault Hunters. Are your current psycho masks starting to show signs of wear and tear? If yes, perhaps it's time for an upgrade - to one that supports gameplay in 4K resolution and 60fps, that is.

Earlier today, 2K Games and Gearbox Software announced the release dates for the next-gen versions of Borderlands 3, and players will be able to start spreading the mayhem (again) starting from November 10. To be more specific, the release has actually been staggered into three phases depending on what console you're getting: November 10, November 12 and November 19. 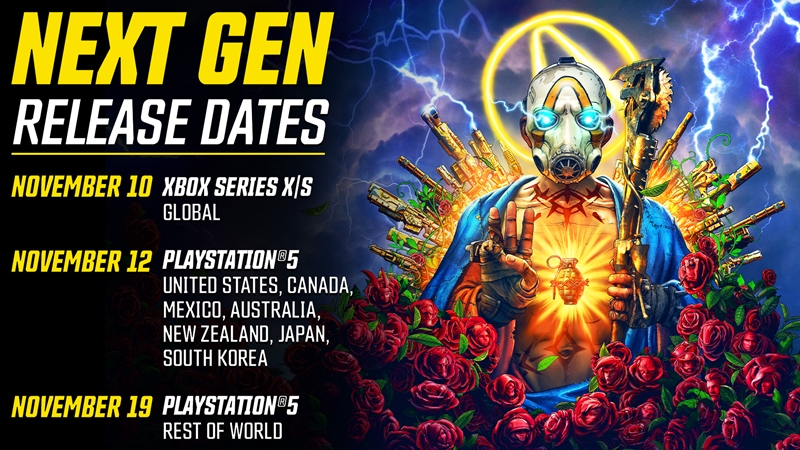 The first date refers to the launch for the Xbox Series X version of the game, while the latter two are for the PlayStation 5 version. If you're living in any of the following countries: US, Japan, Canada, Mexico, Australia, New Zealand, and South Korea, then Nov 12 is the date you'll want to mark down. Otherwise, you'll have to wait a week longer till Nov 19 to enjoy the "enhanced" version.

These next-gen versions are more than just aesthetic upgrades, though. New gameplay additions include the much-awaited three and four-player co-op split-screen, as well as local two-player vertical co-op - these will be available on the next-gen versions starting from launch, and will be added in to older versions of the game (for the Xbox One and PS4) via scheduled updates on Nov 10 and Nov 12 respectively. 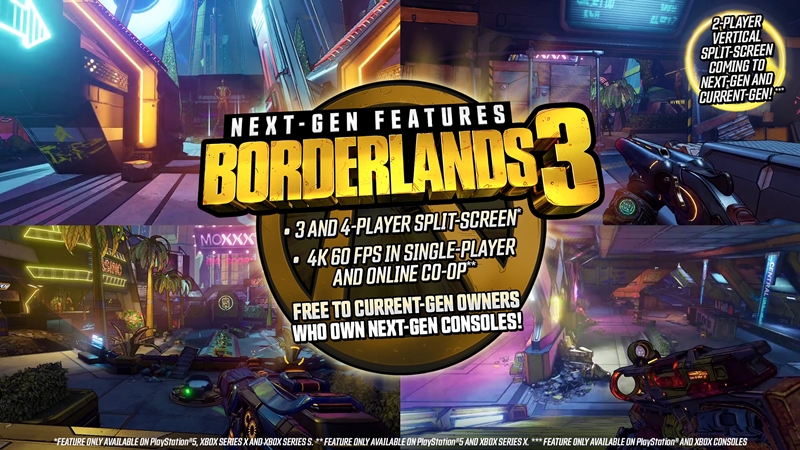 Speaking of older versions, here's a gentle reminder for veteran Vault Hunters - you won't need to repurchase the game to enjoy the next-gen versions, but if your existing copy of the game is the physical disc version, you will (logically) need to purchase the Standard Edition PS5 (the one with the disc drive) to play it.

Join HWZ's Telegram channel here and catch all the latest tech news!
Our articles may contain affiliate links. If you buy through these links, we may earn a small commission.
Previous Story
Singtel allows customers to register their interest in getting the new iPhone 12
Next Story
Apple announces smaller and cheaper HomePod Mini smart speaker for US$99