The Book of Boba Fett is coming to Disney+ in 2021

The Book of Boba Fett is coming to Disney+ in 2021 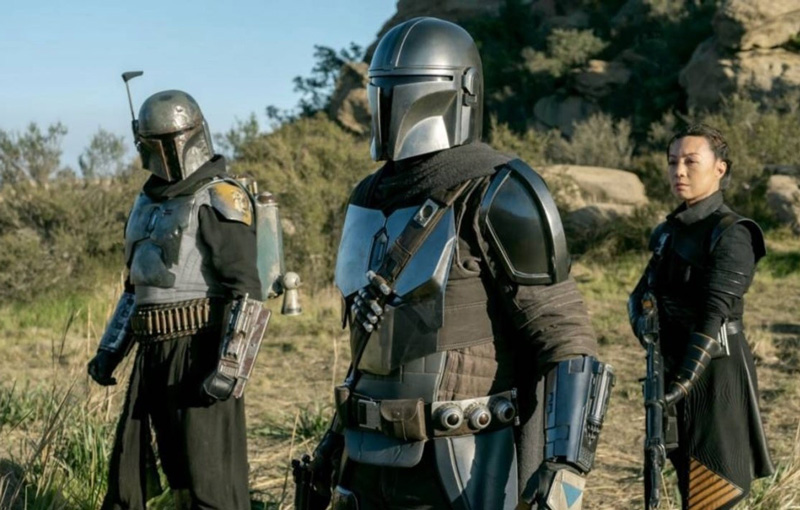 Spoiler warning for The Mandalorian Season 2!

The Mandalorian has had an incredibly eventful second season, seeing the return of Boba Fett - the famous bounty hunter who fell into the Sarlacc pit in Return of the Jedi. As it turns out, Boba Fett has been alive all this time - and soon, he’ll get his own series on Disney+.

The Season 2 finale saw Boba Fett and Fennec Shand return to Jabba’s palace in Tatooine. Bib Fortuna replaced Jabba the Hutt on the throne, but Boba makes short work of Fortuna upon his arrival. After clearing out the palace of guards, the two take Fortuna’s place as rulers of Tatooine’s dark underworld.

After that, a title card fades in: The Book of Boba Fett, coming December 2021. Rumours of a Boba Fett-led miniseries starring Temuera Morrison began to make the rounds in November, with shooting for the series slated to begin before Season 3 of The Mandalorian. However, the rumour was seemingly debunked when no such series was announced during Disney’s massive Investors Day 2020 event.

Then along comes this Season 2 finale, blowing away expectations. The Book of Boba Fett isn’t too far away, and one can only assume that production on the series is underway right now. Some are speculating that The Book of Boba Fett might even be The Mandalorian Season 3 in disguise, as each episode of the show is labelled as a 'chapter'. Protagonist Din Djarin's story also came to a satisfying close in last week’s finale. Perhaps the series will go forward as an anthology, focusing on different Mandalorians in the Star Wars universe.

Again, this is all speculation at this point. No official announcement has been provided by Disney as of yet, but one can assume that series creators Jon Favreau and Dave Filoni will return in some capacity. Multiple spin-offs of The Mandalorian are already in the works, including an Ahsoka Tano series and something called ‘Rangers of the New Republic’.

Update: Favreau has confirmed that The Book of Boba Fett will premiere in December 2021 as its own series, with filming already underway. The Mandalorian Season 3 will start production after this series, which means that it will likely hit Disney+ some time in 2022.

Join HWZ's Telegram channel here and catch all the latest tech news!
Our articles may contain affiliate links. If you buy through these links, we may earn a small commission.
Previous Story
Holiday Gift Idea 6: Blanket your home with Wi-Fi 6 coverage
Next Story
Bauhutte's Wata Tank gaming blanket is the accessory we never knew we wanted