Bloober Team's The Medium might be headed for the PlayStation 5

Bloober Team's The Medium might be headed for the PlayStation 5 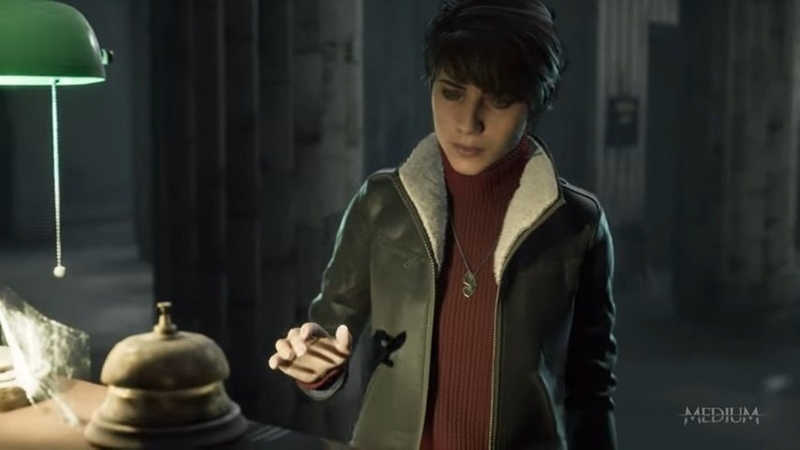 Despite having little in the way of actual combat sequences and jumpscares, I think it's fair to say that The Medium's developer Bloober Team still managed to get a pretty decent game out onto PC and the Xbox Game Pass. And if our guess is correct, PS5 players will soon be able to embark on this spooky thrill ride too.

Apparently, the ESRB has updated their entry for The Medium to reflect a scoring for PS5, which means that it's probably set to join Sony's next-gen repertoire in due time. Currently, the game is only available in digital form - distributor Koch Media has previously noted that they were working on a physical version as well, but we haven't had anything concrete from them beyond that. Perhaps they'll line it up with the game's PS5 release, assuming that the latter is even a thing in the first place.

Anyway, for those who have yet to "open their third eye", in that sense, The Medium isn't a high-intensity supernatural title like Resident Evil: Village - in fact, it's probably the exact opposite of that. The horror aspect is more "unnerving" than actually "scary" per se, but that doesn't make the formula any less effective at giving you the creeps. As the titular medium by the name of Marianne, you set out to uncover the truth of the long-abandoned Niwa resort in Poland after receiving a mysterious phone call from a man named Thomas. There, Marianne quickly finds that the supernatural s**t has already hit the fan, and has to find a way to stop a powerful malevolent spirit from possessing her body and entering the real world.

Admittedly, it might not be the #1 best-selling horror title on the market right now, what with folks like Lady Dimitrescu (and her associated ten-footer memes) running about, but since everyone's mostly cooped up at home due to the pandemic, I'd comfortably give it a third-place finish. After all, in some ways, there's probably no better (masochistic) treat for horror game fans than making you cautious of every shadow on the wall for the next two weeks.