BlizzConline 2021: We finally got a new look at how Overwatch 2 is coming along

BlizzConline 2021: We finally got a new look at how Overwatch 2 is coming along 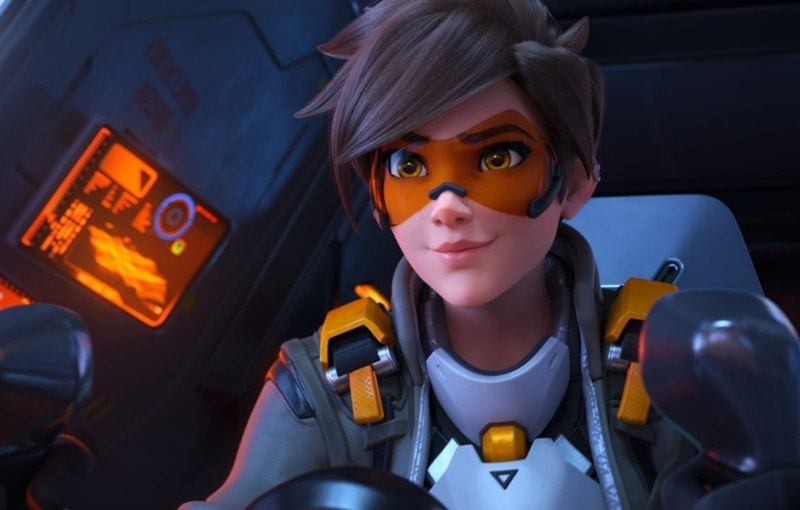 Still no release date, though.

BlizzConline surprisingly didn’t see any big Overwatch 2 reveals, which suggests that the game is still pretty far from release. Understandably, this is a disappointment to a lot of players wanting out of the current content drought, but Blizzard did release a Behind the Scenes featurette for the sequel, at least.

We got a tantalising sneak peek at some of the new places players will get to travel to in Overwatch 2, such as Rome, which serves as the setting for a map in the upcoming Push game mode. There’s also New York City, as it appears in Overwatch’s futuristic version of Earth. Rome is built with the whole 'ancient civilisation' crumbling architecture angle in mind, but with enough futuristic elements to keep it in line with Overwatch's visual style. The same goes for New York - Blizzard wanted to make it seem familiar, but fit into the game world at the same time. Also revealed was the fact that story missions will open up new areas of previously-released maps - like an entirely new part of King's Row that wasn't accessible before.

Blizzard previously revealed that all Overwatch heroes are getting overhauled visual looks for the sequel, and we caught a glimpse of McCree, Pharah, Reaper and Widowmaker's new duds in the video. McCree gets a longer beard, Reaper's bone-white aesthetic has gone silver, and Pharah now proudly displays Overwatch's colours: a mix of white and blue. Widowmaker has gotten a slightly deeper overhaul, with even less armour than before (???) and a braided ponytail. You can't get shot if you shoot them first, I guess? 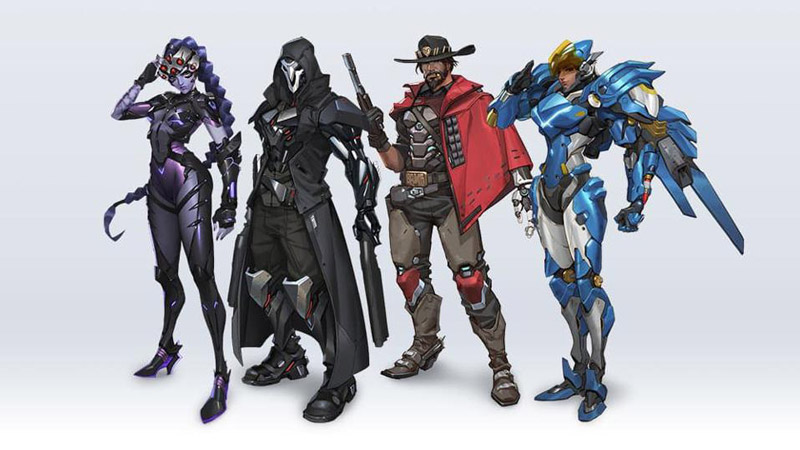 Blizzard also revealed that Overwatch 2’s development was impacted by player feedback on BlizzCon 2019’s demo version of the game, which has led to the evolution of several Null Sector enemy types. We’re getting new ones: the Stalker and Breacher. There's also a really cool new enemy type called the Puller which drags you towards her from a distance, before killing you dead. Think of a lethal mix of Left4Dead's Witch and Jockey.

The game’s RPG-like progression system was also shown off, which lets players customise their heroes’ abilities for co-op missions. While these systems drastically affect how heroes feel in co-op missions alone, PvP is getting changes too. Tank characters are being reimagined to function more like 'brawlers' with a more active role in combat. Reinhardt for example, is getting two Fire Strike charges and the ability to cancel his Charge. DPS heroes move faster to better flank enemies, and healers are getting Mercy's passive healing across the board. Maps with two capture points might disappear entirely. Shooting is getting revamped audio and visuals, so weapons feel better and more impactful.

We also got an update on the game’s Story Missions and Hero Missions, with the developers explaining how they made the world feel more dynamic. That boils down to two things: dynamic weather systems and a day-and-night cycle, which freshens up each map and allows them to visually change on the fly, along with more interaction between heroes to flesh out their lore. We also got a good look at the previously-revealed Canadian hero Sojourn, who comes equipped with a railgun. Her weapon can be fired automatically or in single shots, with the latter having more damage but requiring precise aim as a trade-off. 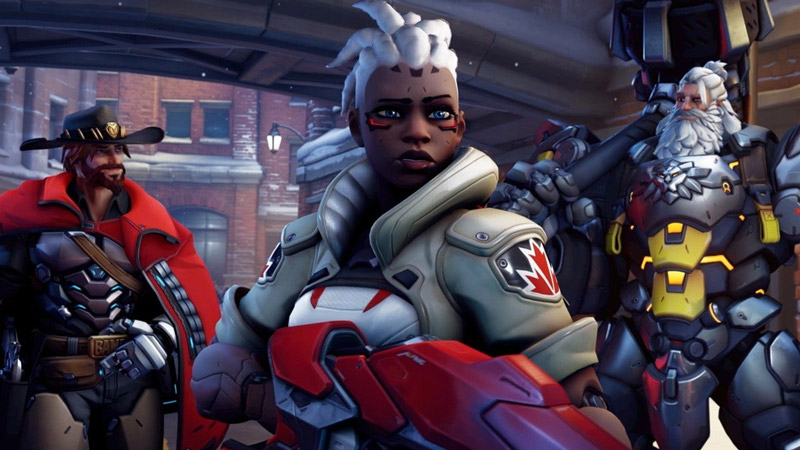 That's pretty much it. Yay! Overwatch 2 is shaping up to be something really fun for fans to dive into, but the base game remains a barren desert of content until it arrives. Hopefully the next year of Overwatch won’t just consist of recycled events and game modes again.

You can check out everything you need to know about Overwatch 2 here.

Join HWZ's Telegram channel here and catch all the latest tech news!
Our articles may contain affiliate links. If you buy through these links, we may earn a small commission.
Previous Story
The first Mortal Kombat trailer teases bloody fatalities just like the games
Next Story
AverMedia’s EzRecorder 330 lets you play, live stream, and record from retro game consoles effortlessly