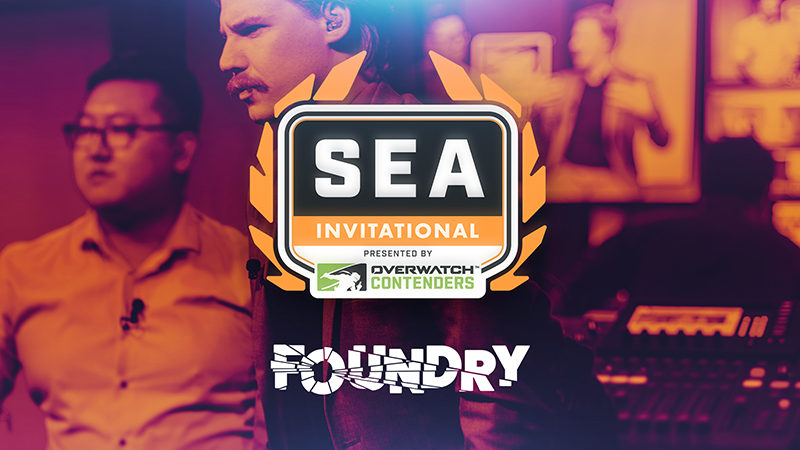 Seven Overwatch World Cup teams from the Pacific region are duking it out this weekend for round-trip tickets to the 2019 Overwatch World Cup In Anaheim, California, this November. The SEA Invitational is part of a partnership between Blizzard and The Foundry. The stakes are high here and the tournament will adopt the single-elimination format to see who will walk away with the top prize.

Blizzard is only covering airfare and hotel costs for the top 10 seeds, which is why many regional teams have had to look for other ways to raise the required funds, including via crowdfunding.

Here's a list of the teams that are competing:

Chinese Taipei was also supposed to be participating, but the team forfeited yesterday, citing the difficulty of getting all the players together given the short notice. Team Singapore had to switch up its starting roster as well, with Jasper "yuris" Yue replacing Alston "Jervyz" How in the support role as the latter was unable to take time off from work commitments.

As a result, only three matches were played today in the Round of 8, while Malaysia will play tomorrow against Japan.

Here's a round-up of today's results:

Hong Kong, Thailand, and Japan came out on top, a not entirely surprising result considering that the latter two have produced the best record at previous World Cups.

Local fans have reason to take heart though. Singapore put up a closer fight against Hong Kong than the scoreline suggests, tying Hong Kong on Temple of Anubis and pulling out a win on Rialto with Azalea locking down the cart on Bastion.

The semi-finals and grand finals will be played tomorrow, starting at 11AM local time:

You can watch the tournament live on Twitch.

Previous Story
The Huawei Mate 30 Pro has launched and it's a beast...on paper. Full SPECS inside
Next Story
Fitbit said to be exploring a sale