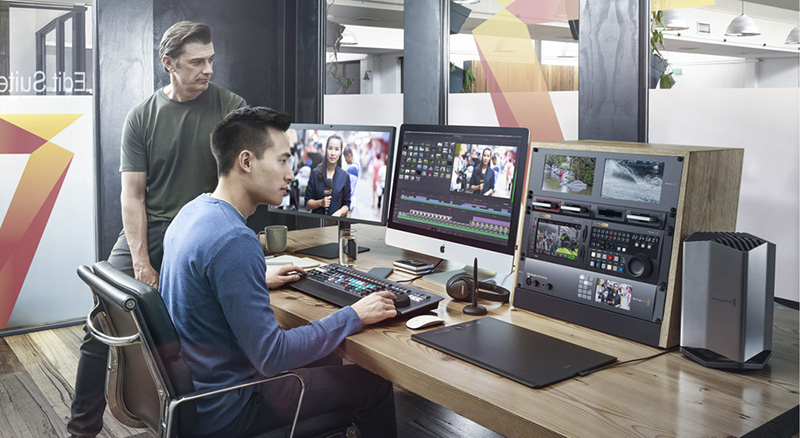 BlackMagic Design has just announced the release of DaVinci Resolve 16 at NAB 2019, and this is billed as a major update thanks to some exciting new features meant to speed up your workflow. Chief of which, is the new cut page. Designed with a streamlined interface, the cut page lets you handle all of your major actions – import, edit, trim, add transitions etc – all from a single place.

The cut page invokes the days of tape with a new source tape feature that lets all the clips in your bin appear as a single long “tape”. Simply scrub through to find the parts you need, and edit them into the timeline. It’s just like spooling up and down tape to find the right shot, but modernized. The new cut page also features a dual timeline with the upper timeline showing the entire program and a lower timeline showing the current work area. Both timelines are fully functional so you can move and trim clips in whichever is the most convenient, but this saves you from having to zoom in and out or continuously scroll to the end. 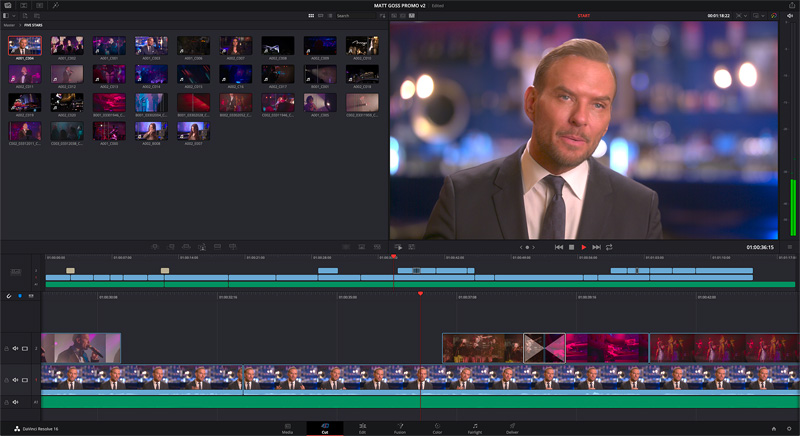 Also new, is the DaVinci Neural Engine which uses deep neural networks, machine learning and artificial intelligence to power new features like speed warp motion estimation for retiming, super scale for up-scaling footage, auto color and color matching, and more. Use it to resolve repetitive time-consuming problems like sorting clips into bins based on who is in the shot for example. Also new, are adjustment clips which let you easily add effects and grades to clips on the timeline below, and new GPU accelerated scopes for more technical monitoring options. 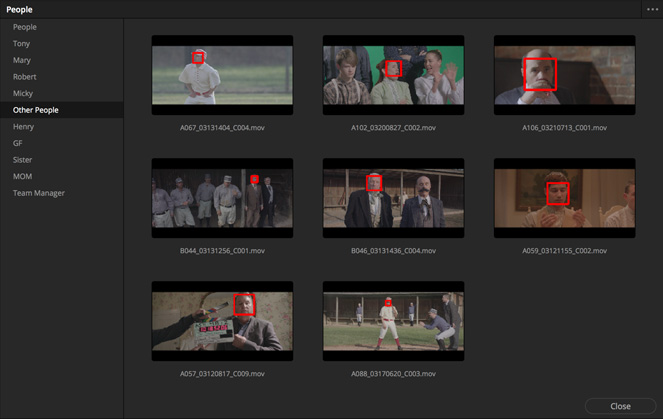 The Fairlight page has also been greatly updated to include elastic wave alignment (so you can just stretch waveforms to match dialog to video), immersive 3D audio support, new bus tracks, automation previews, dialog sweetening tools and even more FairlightFX. ResolveFX also gets some major upgrades, with new plugins for adding vignettes, drop shadows, removing objects, adding analog noise and damage, chromatic aberration, stylizing video and more. There are also improvements to the scanline, beauty, face refinement, blanking fill, warper, dead pixel fixer and colorspace transformation plugins. Plus, you will now be able to view and edit ResolveFX keyframes from the timeline curve editor on the edit page or from the keyframe panel on the color page.

Previous Story
Oppo's new Reno flagship phone has a 6.6-inch notch-less screen and a 10x zoom camera
Next Story
Sony has unveiled a 16K screen that’s as tall as a giraffe!