BlackBerry Messenger and BlackBerry Internet Services Might Be Banned in Indonesia

BlackBerry Messenger and BlackBerry Internet Services Might Be Banned in Indonesia 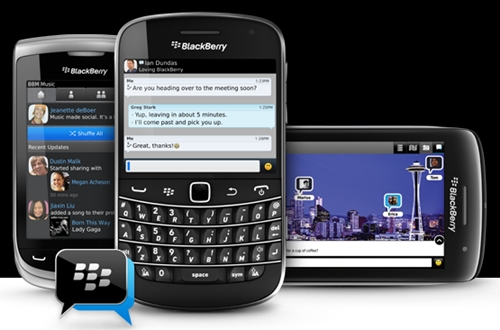 The BRTI says that it would likely shut down the BBM service on all BlackBerry early next year due to RIM's decision to build a server in Singapore and not Indonesia. Earlier in September, the Canadian company made a commitment with the Indonesian government to carry out four agreements by the end of this year, with one stipulating for "the establishment of a server or data center."

The Jakarta Post - Although the agreement did not specify where the server would be built, the government felt that RIM should make Indonesia a priority as it was home to the most BlackBerry users in Southeast Asia, far exceeding the number of users in Singapore.

The government’s insistence on having a server built in the country was mainly due to security reasons, Heru said. Currently, all data exchanged through the BIS and BBM is processed in Canada, the home of RIM, which makes it impossible for the government to monitor and protect data sent by its millions of Indonesian users.

This does not bode well for RIM; if the BBM service is entirely shut down in Indonesia, the company will lose a huge chunk of rapport with millions of users in one of its biggest markets. 2011 doesn't seem like a good year for RIM (network outages, huge income losses and layoffs, unprofitable Playbook sales) so here's hoping that next year's introduction of the BlackBerry 10 OS will turn the tides in their favor.