The BlackBerry KEYOne Black Edition will be available in Singapore soon

The BlackBerry Mercury is renamed the KEYone, available from April 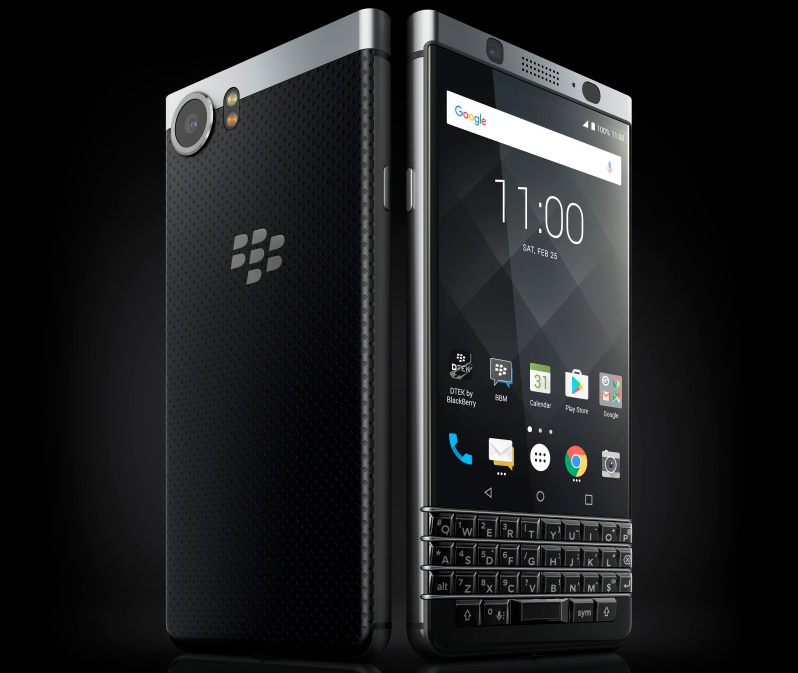 Updated on 16 October: The BlackBerry KEYOne will be available in Singapore soon at a retail price of S$858. The three telcos are mainly selling the handset to their Enterprise customers, but consumers can also get it online from StarHub and M1. M1 is also selling the handset at its retail stores.

Not much was revealed about the BlackBerry "Mercury"during CES 2017. Today at Mobile World Congress 2017, BlackBerry unveiled its official name, the KEYone, the specs, price and availability.

The physical keyboard is the main selling point of the KEYone. BlackBerry brands it the Smart Keyboard as it can respond to touch gestures like the BlackBerry trackpad, which allows you to swipe photos and navigate webpages with ease. It can also be easily programmed to launch up to 52 customizable shortcuts such as pressing "I" for inbox and "M" for maps. The keyboard space has an embedded fingerprint sensor for easy unlocking of the handset.

Long-time BlackBerry users will appreciate that the KEYone comes with a white LED indicator for notifications and the whole suite of BlackBerry apps such as BlackBerry Hub, BlackBerry Messenger and BlackBerry Security software which promises monthly security patch updates.

BlackBerry states that the KEYone will be available in April at a retail price of US$549 (~S$771). If you're interested in purchasing the KEYone, do register at the BlackBerry site for pre-order updates.

Join HWZ's Telegram channel here and catch all the latest tech news!
Our articles may contain affiliate links. If you buy through these links, we may earn a small commission.
Previous Story
2016 Pixel phones will have unlimited original photo/video backup for life
Next Story
Manufacturers still struggling with the iPhone X's 3D sensor production