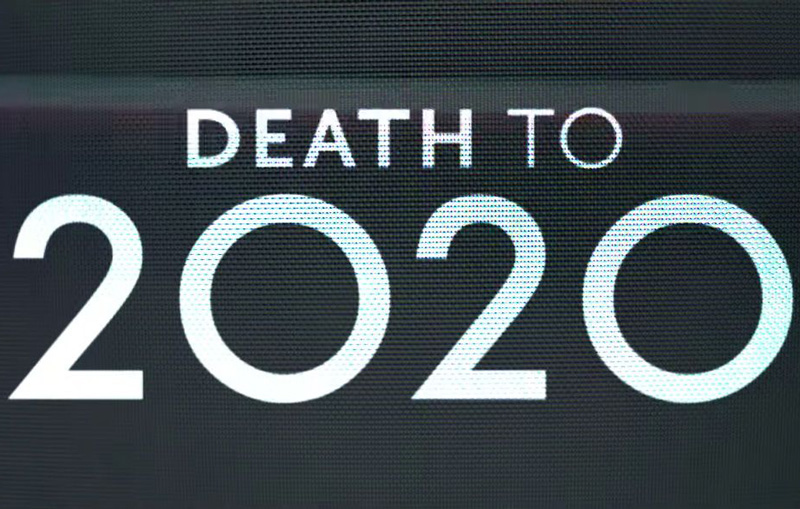 This year deserves it.

Netflix has just announced Death to 2020, a comedy special from Black Mirror creators Charlie Brooker and Annabel Jones! The special appears to be a mockumentary in the style of The Office, relentlessly picking apart this eventful year with the use of real-life archival footage and movie stars.

The comedy event you'll never forget from the year you *really* don't want to remember. Death to 2020 – from the makers of Black Mirror – coming soon. pic.twitter.com/g4LsepA45d

Here’s Variety’s description of Death to 2020:

2020: A year so [insert adjective of choice here], even the creators of ‘Black Mirror’ couldn’t make it up… but that doesn’t mean they don’t have a little something to add. ‘Death to 2020’ is a comedy event that tells the story of the dreadful year that was — and perhaps still is? This landmark documentary-style special weaves together some of the world’s most (fictitious) renowned voices with real-life archival footage spanning the past 12 months.

A new season of Black Mirror is probably a long ways off, but this might be just the thing we need to cap off such a dreary year. Netflix hasn’t listed a release date for Death to 2020 yet, but here's hoping that it releases in December - and 2021 doesn't necessitate a sequel.

Join HWZ's Telegram channel here and catch all the latest tech news!
Our articles may contain affiliate links. If you buy through these links, we may earn a small commission.
Previous Story
40 cartons of GeForce RTX 3090 graphics cards were nicked from a MSI factory in China
Next Story
Vivo V20 SE entry-level selfie smartphone launches on 12 December in SG