Black PlayStation 5 console orders have been cancelled after 'credible threats' 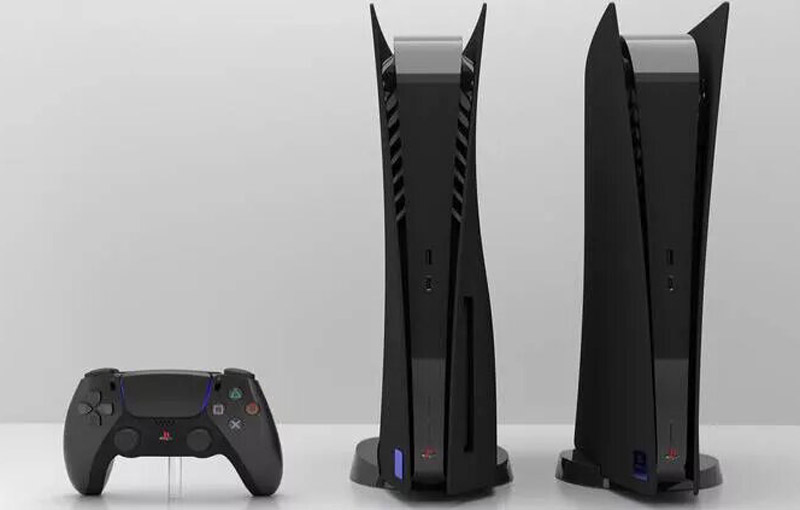 You’ll have to stick with the white ones for now.

A website popped up last week and found quite a bit of popularity, after selling PlayStation 5 consoles with black designs inspired by Sony’s old PlayStation 2 consoles. A company called SUP3R5 was selling these custom consoles, with zero affiliation to Sony. Unfortunately, those sales have not gone as planned.

SUP3R5 recently announced that they were cancelling all orders of the 300+ units they had sold. They tweeted that the orders would not be fulfilled because their, “team began receiving credible threats to their safety,” and said that they weren’t willing to risk their, "safety and well-being."

These custom black consoles had reportedly been sold out in mere seconds, despite the mind-boggling US$650-US$750 price tags attached to them - depending on whether you were going disc-less or not. Obviously, that meant that many customers out there eager to get their hands on a next-gen console were disappointed, and incredibly unhappy with the lightning-fast rush of pre-orders. Whether they were unhappy enough to threaten the company however, remains to be seen.

The company’s full statement can be read below: 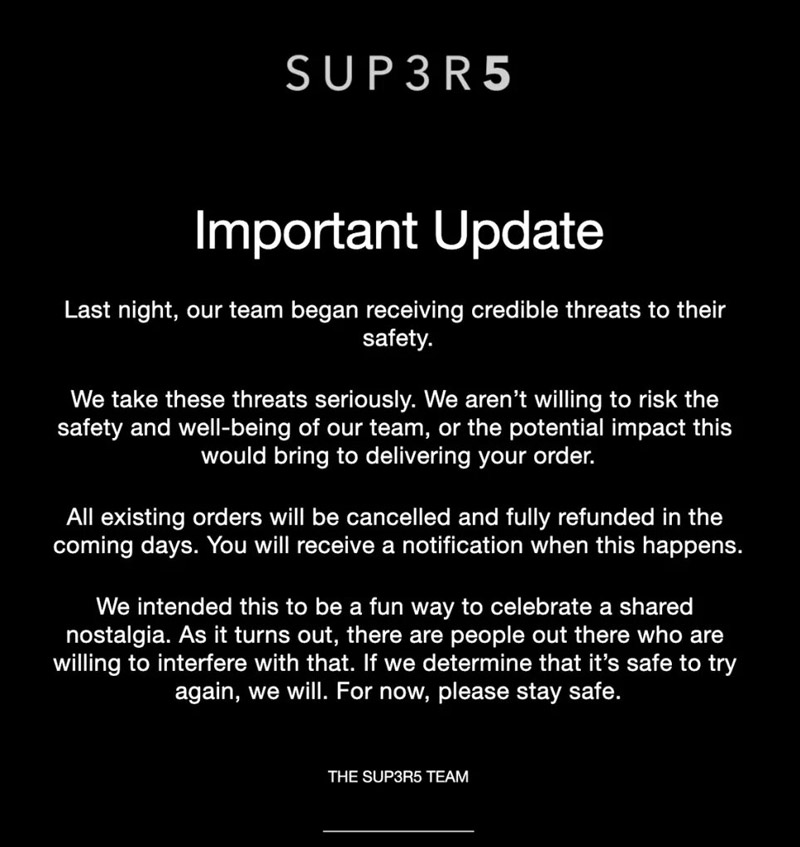 The orders were set to be fulfilled in Spring 2021, but SUP3R5 has instead promised to refund all purchases. They have now taken down their entire Twitter account, though they pledged to bring the black PS5s back if and when, “it’s safe to try again.” According to Techradar, some customers have received refunds, while others are still waiting.

Shortage of PlayStation 5 stock might be driving consumers to get these uber-expensive black models, but can you blame them? The demand far outweighs the supply right now, to the point that Sony Japan has even discontinued several PlayStation 4 models to focus production on the PlayStation 5.