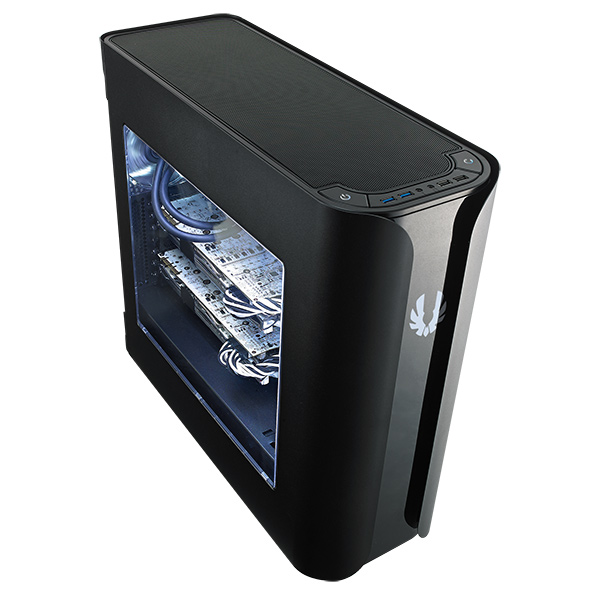 As its name suggests, the BitFenix Pandora ATX is an ATX version of the original Pandora micro-ATX case. The larger Pandora retains the key features of its smaller sibling, including a 2.8-inch LCD display on the front panel which can display a custom image of your choice.

So if you don’t like the BitFenix logo, you can simply swap it out for one of your own via a simple drag-and-drop software solution (if you're feeling particularly narcissistic, you could even put your face there). In case you’re wondering, the display itself is actually connected by a USB header to the motherboard.

The Pandora ATX also brings over the same minimal elegance of the first Pandora. The side panels continue to overhang the front fascia in sweeping curves, and I/O ports and power buttons are tucked away on the top of the case to avoid disturbing the clean look of the front panel.

On the interior, the chassis features a power supply cover, effectively allowing the PSU and hard drives to be housed in a separate chamber at the bottom. This should really help with cable management, allowing you to hide messy cables and wire your system more neatly.

There’s also space for high-end hardware, and the seven expansion slots can accommodate up to three dual-slot cards with a maximum length of 440mm. In addition, there is also decent support for various water cooling options, including a 360mm radiator at the front and top of the case. 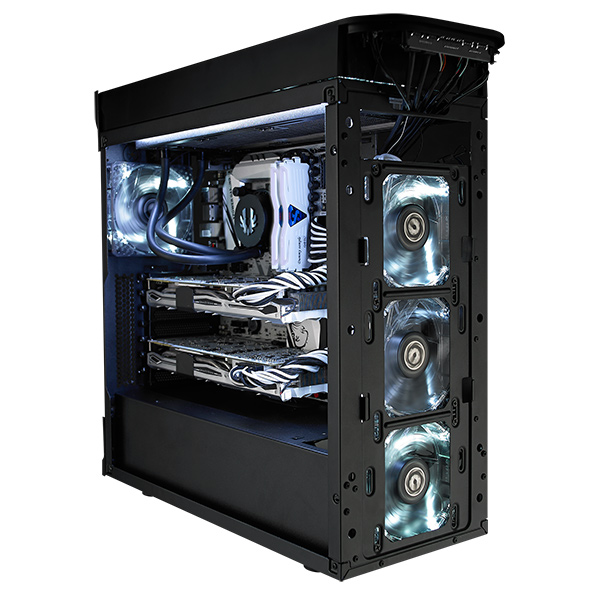 At 203mm wide, this is a fairly narrow case and will only take CPU coolers up to 160mm in height.

BitFenix is actually releasing two versions of the case, the Pandora ATX and the Pandora ATX Core, where the latter is a slightly more affordable version that lacks the front LCD display and comes with fewer expansion options. For instance, the Pandora ATX has room for up to four 3.5-inch hard drives and SSDs, but the Core version can only take three 3.5-inch drives and two 2.5-inch SSDs.

The Pandora ATX will retail for US$139, while the Core version will go for just US$119.

Join HWZ's Telegram channel here and catch all the latest tech news!
Our articles may contain affiliate links. If you buy through these links, we may earn a small commission.
Previous Story
Secure and fuss free online shopping? Now you can with Shopee
Next Story
Custom AMD Radeon R9 380X cards unveiled!