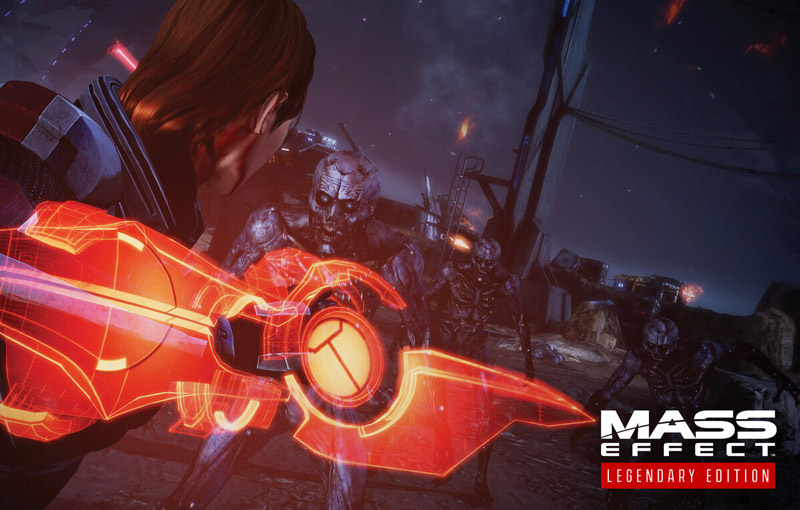 Look at that shiny new coat of paint. Wow.

BioWare have just dropped a new trailer for the remastered Mass Effect trilogy, titled Mass Effect Legendary Edition. Instead of focusing on the story and characters you’re already familiar with, this video directly compares the remasters to the original games - which haven’t really aged well in the graphics department.

If you haven’t played these games in a while, you might be shocked to see that they’re not as pretty as you remembered. That’s a side effect of indulging in games like Red Dead Redemption 2 and Final Fantasy 7 Remake, before going back to an old Xbox 360 game. Mass Effect Legendary Edition revitalises BioWare’s classic trilogy of games with higher-definition textures, better particle effects and a generally brighter atmosphere.

Where the original games were quite gloomy and covered in shadows, the remaster adds better lighting systems to let you see what’s actually going on. The result? Environments look prettier. Characters appear in much more detail - to the point that you can actually count the reptile-like scales on Thane. The video focuses solely on these new visual updates, and doesn’t touch on how Mass Effect’s gameplay is being changed. However, we know that certain things - like driving the Mako and long loading times - have been vastly improved for this remaster.

Mass Effect Legendary Edition bundles Mass Effect, Mass Effect 2 and Mass Effect 3 with more than 40 DLC add-ons, all in 4K ultra HD. The game launches on 14 May, 2021. That’s just a month away!

Join HWZ's Telegram channel here and catch all the latest tech news!
Our articles may contain affiliate links. If you buy through these links, we may earn a small commission.
Previous Story
It’s not just GPUs being affected by the chip shortage, now routers could face delays *Updated*
Next Story
Leaks of Android 12's developer preview reveal upcoming features for smartphones