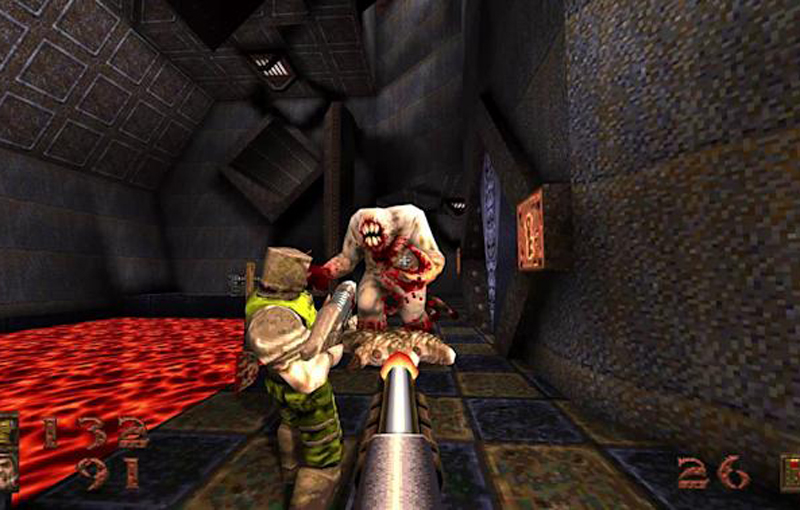 If you haven’t played Quake before, now’s the time.

Bethesda Softworks did the best thing they could possibly do at QuakeCon 2021: release a new Quake game. Or rather, re-release an old one. The company has launched a remastered version of id Software’s classic first-person shooter Quake. This version of the game comes with an upped 4K resolution, cross-play, better visuals and an all-new expansion.

So, what are the big upgrades? For one, you can expect better visuals with improved lighting, models, shadows, ambient occlusion, motion blur and anti-aliasing. Don’t expect anything on the level of a remake, but this is still the prettiest version of the Quake you remember playing 25 years ago. Trent Reznor (of Nine Inch Nails)’s score is included in the game.

In addition to Quake's story campaign and multiplayer mode, the remaster includes three old expansion packs: Scourge of Armagon, Dimension of the Past and Dissolution of Eternity. I emphasise old, because developer MachineGames (Wolfenstein: the New Colossus) has also created a new expansion for this remaster: Dimension of the Machine. Quake’s popular multiplayer mode is also included with splitscreen support, in case you want to play a competitive round with someone at home.

The Quake remaster is now available on Nintendo Switch, PlayStation 4, PlayStation 5, Xbox One, Xbox Series X|S and PC. PC, Steam and Bethesda Launcher users who already own Quake will get this remaster as a free download. Quake, Quake 2 and Quake 3 Arena have also joined the mammoth subscription service that is Xbox Game Pass.

Join HWZ's Telegram channel here and catch all the latest tech news!
Our articles may contain affiliate links. If you buy through these links, we may earn a small commission.
Previous Story
NVIDIA's recent earnings call shows their CMP mining cards aren't selling as well as expected
Next Story
D-Link’s first-ever Wi-Fi 6 USB adapter goes on sale in SG