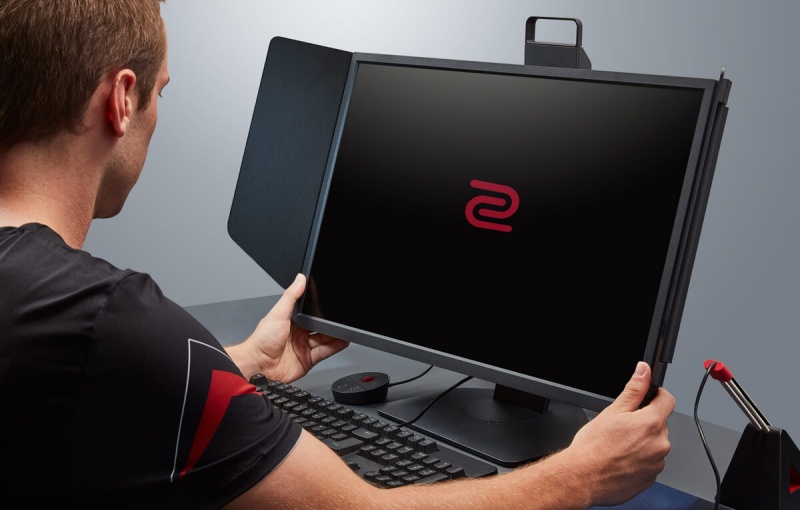 I admit, I have a juvenile sense of humour, but when I first heard of a monitor with wings, it brought to mind many questions and dirty jokes about ladies’ sanitary pads. But luckily, BenQ’s Zowie range of XL-K gaming monitors rises above that with features the hardcore gamer will appreciate.

To be exact, the company is launching the XL2546K and the XL2411K esports gaming monitor, with updated features to guarantee a smoother, more responsive and clearer visual experience for Singapore’s growing base of esports athletes and gaming enthusiasts - specifically FPS players, since refresh rates and response times can be the fine lines between a successful shot or getting shot at.

Both models feature DyAc and DyAc+. DyAc, short for Dynamic Accuracy, is BenQ Zowie's proprietary technology for reducing eye-tracking motion blur seen in LCD technology. This is what happens when an object is moving so fast onscreen that the display cannot respond quickly enough to accurately represent its trajectory, resulting in your eyes being at a different position at the start and end of the frame as you track the object.

The difference between where the object shows up on the display and where your eye ends up tracking is what creates the perception of motion blur. DyAc was created specifically to reduce blur on fast and erratic objects, so think of when you're firing a gun with high recoil or when you're trying to track that pesky Tracer. It reduces vigorous screen shaking in-game and can help improve recoil control in games such as CS:GO where even a one percent improvement in clarity makes a difference in the arena. 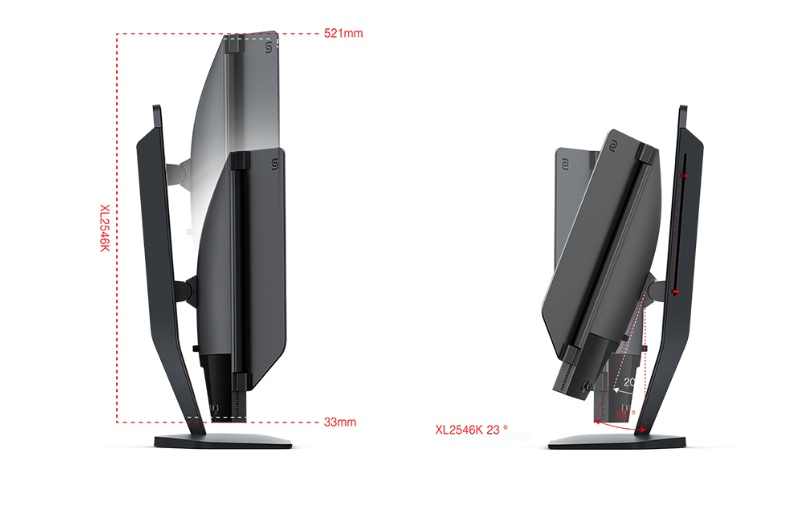 Aesthetics and functionality are addressed with the XL-K series sitting on a smaller base so that players have more space for their keyboard and mouse. The monitors also enjoy a wider adjustment angle than previous models, allowing gamers to reach their desired viewing angles.

The On Screen Display (OSD) has also undergone a revamp to be faster, smoother, and more intuitive. 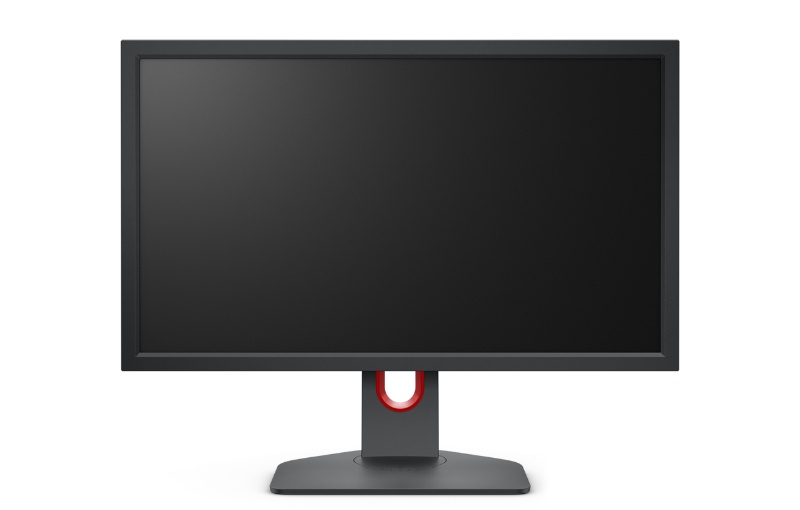 Part of the XL-K series, the XL2411K has a 144Hz 24-inch display that comes with a 1,920 x 1,080 resolution display. Connectivity comes courtesy of four HDMI ports, one DisplayPort 1.2 port, and a headphone jack. It supports FreeSync when DyAc⁺ is off. 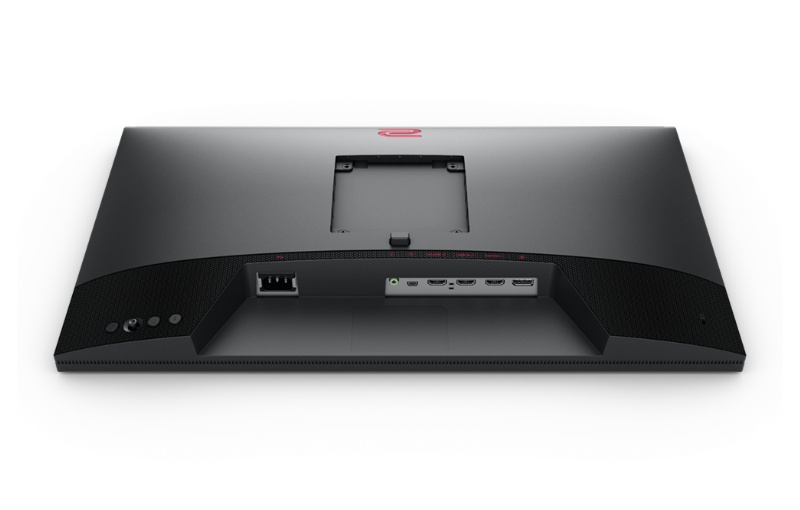 Making something good even better 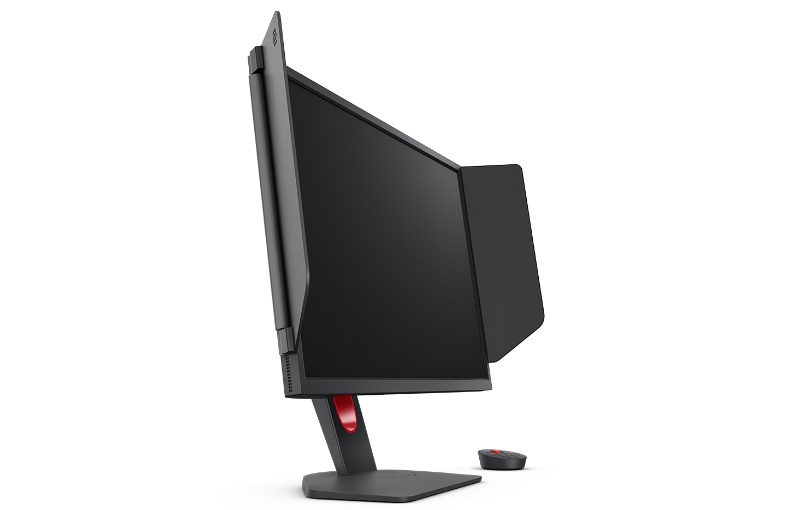 Besides being part of the XL-K series, the XL2546K is the successor of the XL2546. The monitor sports a new design that also comes with improved OSD and firmware. There's also a new headset hanger. 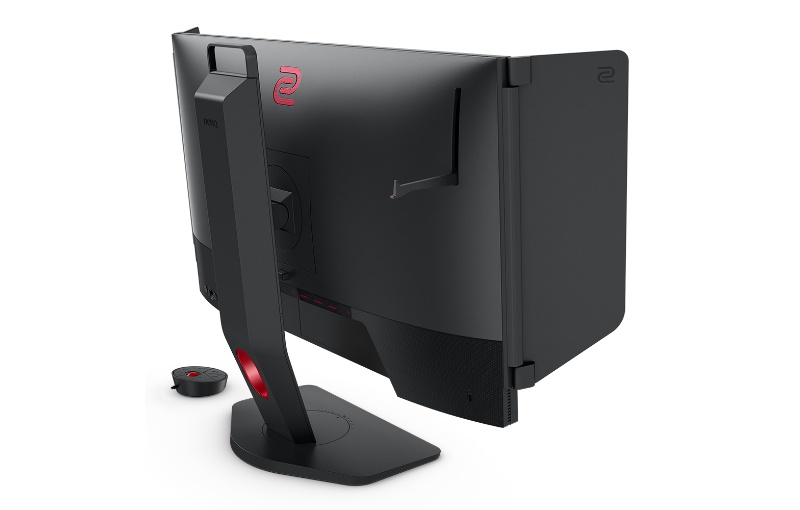 The 240Hz gaming monitor has a 24.5-inch 1,920 x 1,080 resolution display. Connectivity comes via three HDMI, one DisplayPort 1.2 port, and a microphone jack. Like the XL2411K, it also supports FreeSync when DyAc⁺ is off. 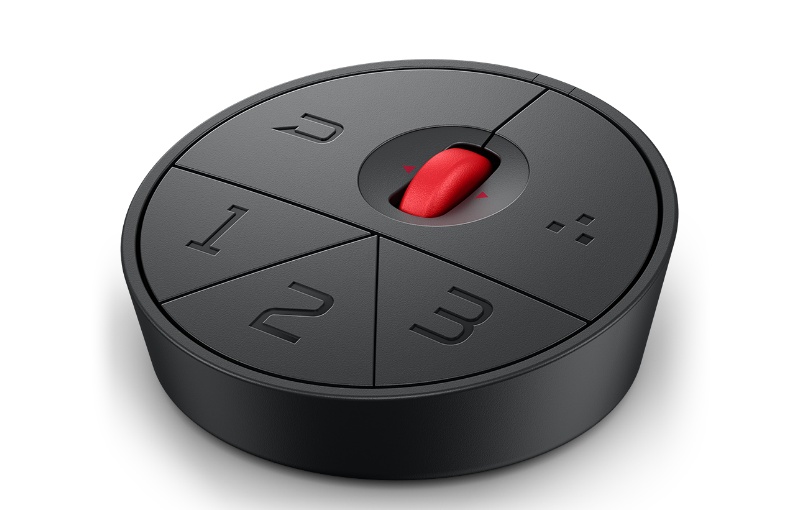 The new updated control S-switch now has a 5-ways scroll wheel at the center that a colleague likened to “a hockey puck”, which supposedly makes the OSD navigation faster, smoother, and more intuitive.

Both models here lack USB C connectivity though, and here's what a BenQ spokesperson has to say about it:

USB C might be getting popular in the tech world, but it is still not standard for esports enthusiasts. During product development for the XL-K series, USB type C wasn't the popular option yet, so it wasn't in the list.

The new XL-K series will be available in Singapore from 30 September 2020 at local retailer, XTREME Solution, or on the LAZADA BenQ Flagship store. Recommended retail prices for the XL-K series are:

Interested readers can check out our review of the BenQ Zowie XL2546 here.

Join HWZ's Telegram channel here and catch all the latest tech news!
Our articles may contain affiliate links. If you buy through these links, we may earn a small commission.
Previous Story
Express yourself with the Samsung Lifestyle TV series
Next Story
Enjoy great tunes as you #WFH with Sennheiser's new HD 560S headphone