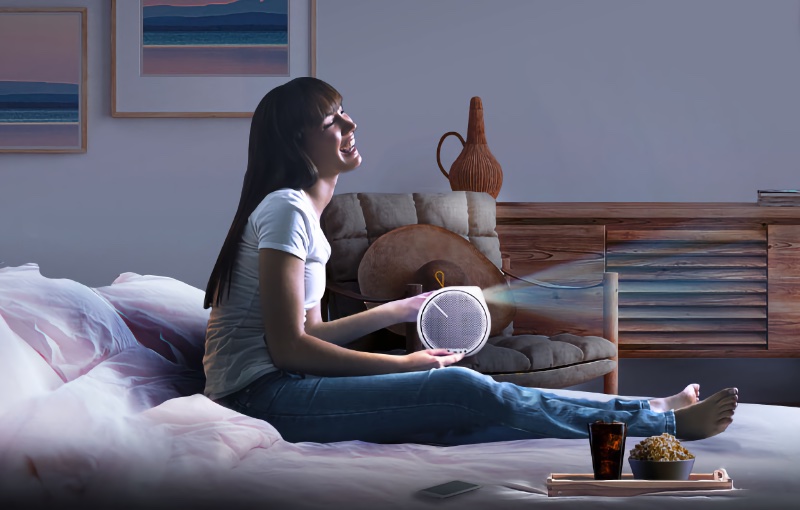 Projectors are no longer AV devices placed on a desk or stuck to the ceiling. These days, they’re portable, and can go pretty much anywhere.

Proponent of such projector portability BenQ has been launching several devices that fit this mould. But while most have had adequate sound at best, BenQ is hoping that the new GV30 ‘smart portable projector’ can change this with its new 2.1 channel Bluetooth audio.

The BenQ GV30 features a rounded design with a handle for simple carrying and can throw out a 100-inch 720p image at a brightness of 300 lumens. Not that bright, but a Day Time Mode that boosts the contrast when there’s bright ambient lighting could help here.  Focusing is helped with a 135-degree projection angle achieved by tipping the projector up and down on its stand.

The 2.1-channel Bluetooth audio set-up has been tuned by BenQ’s treVolo audio team for what the company describes as “crisp details and sonorous bass for cinematic moments”. There are also dedicated audio modes for different types of content: music, movies, games, sports, and TV shows.

There is also the now common access to Android-based apps and TV streaming services. This means that the GV30 can receive content casts from mobile devices through Chromecast and AirPlay. 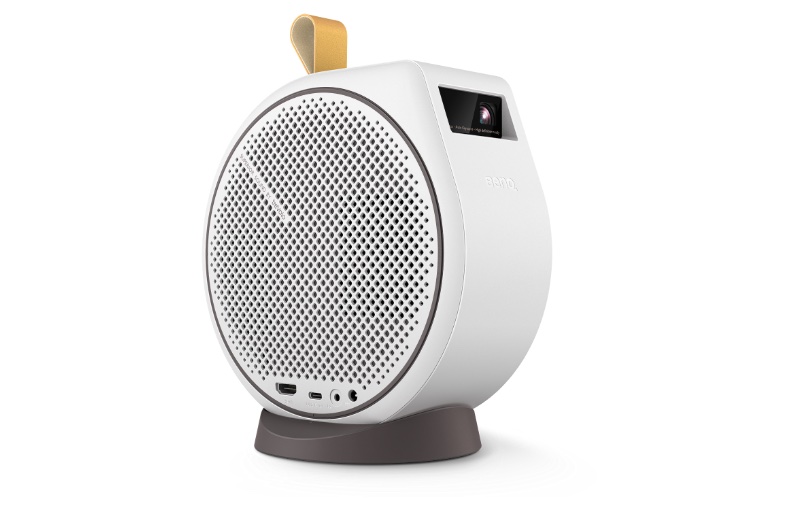 Pre-orders for the BenQ GV30 can be made now for a promotional price of S$799 (U.P. S$869) from BenQ’s stores on Lazada and Shopee from 7 September to 28 September 2021. Those who place an order for the GV30 during this period and leave a five-star review for it on their brand store will receive a S$20 Grab Food voucher. BenQ said that they would be verifying that those leaving the reviews had placed an order for the GV30.

Join HWZ's Telegram channel here and catch all the latest tech news!
Our articles may contain affiliate links. If you buy through these links, we may earn a small commission.
Previous Story
LG’s new Dual Inverter Dehumidifier with Ionizer lets you control indoor humidity levels
Next Story
Fujifilm's new GFX50S II is its most affordable medium format camera ever