A Whole New World with BenQ 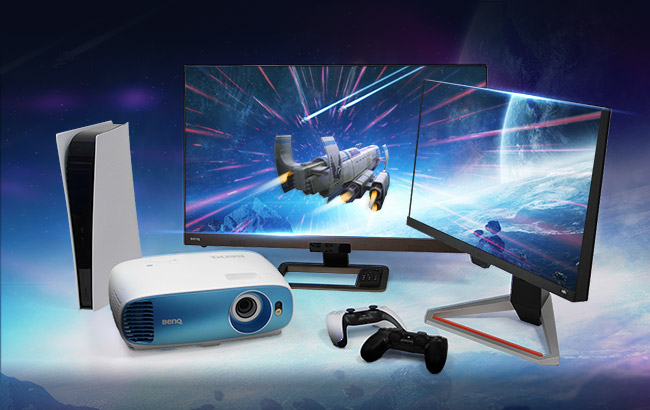 A Whole New World with BenQ

Yes, the song is great, but we’ll leave that for next week’s karaoke session.

Now, on to the actual topic: visuals and sounds. It’s an unwritten fact that we can lose ourselves in beautiful game worlds and soundtracks, and as game developers continue to chase for greater degrees of visual and audio realism in their titles, some of us might forget that we need to upgrade our hardware to match these ultra-modern games, and that especially rings true for our monitors. After all, you could have every single top-shelf title out there, and it would all be for naught because your screen simply cannot keep up with your expectations. Worse yet, you probably don't know what you're missing out with a mismatched screen.

But don’t sweat it. Here are some cool choices from BenQ that you should check out. As they are tailor-made for different genres of games, there’s bound to be one that’s perfect for the games you love. In fact, these BenQs got some special stuff in their arsenal too…if you’re interested in doing something a little more unusual. 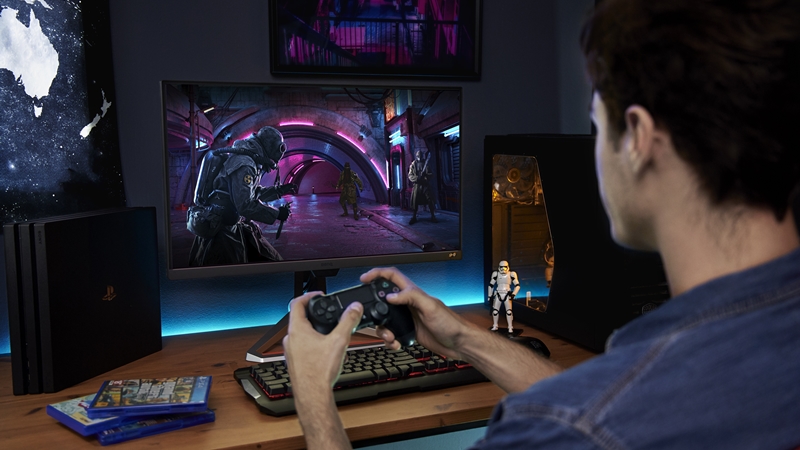 Let’s start off with the BenQ EW3280U monitor - RPG aficionados, this is your stop.

Now, this 31.5” screen may be a little on the larger side as compared to the other monitors, but that just makes it even better for its intended genre, namely RPGs such as the PlayStation exclusive Ghost of Tsushima and even Genshin Impact (check out what we thought about them) if you prefer anime-styled games. Sporting a 60Hz refresh rate, 4K resolution and HDRi functionality, the monitor is an exceptionally good fit for titles with gorgeous and ultra-expansive open worlds that you absolutely have to view in 4K resolution, making it a great display companion to your new PlayStation 5 and Xbox Series X consoles.

While refresh rate and resolution are self-explanatory, let us give you a little backgrounder on BenQ’s unique HDRi – a feature shared across all three monitors introduced here. Basically, HDRi is like an assistant that automatically adjusts brightness, contrast and colour settings for you to help optimise your gaming experience. Supported by B.I.+ tech, this nifty feature also provides three presets - Display, Game and Cinema HDR modes so you always have the right options for the right content.

The BenQ EW3280U also features a powerful built-in treVolo speaker system and optical safeguards such as blue light filters and anti-flicker implements. The audio system comes with three speakers, which includes a primary 5W woofer as well as a pair of 2W speakers. This 2.1-channel speaker system combined with a DSP chip supporting 5 different modes, the speakers deliver only the most vivid audio to you, further enhancing the immersive-ness of vast and expansive RPG worlds without having dedicated speakers robbing you of valuable table space or messing up your setup. 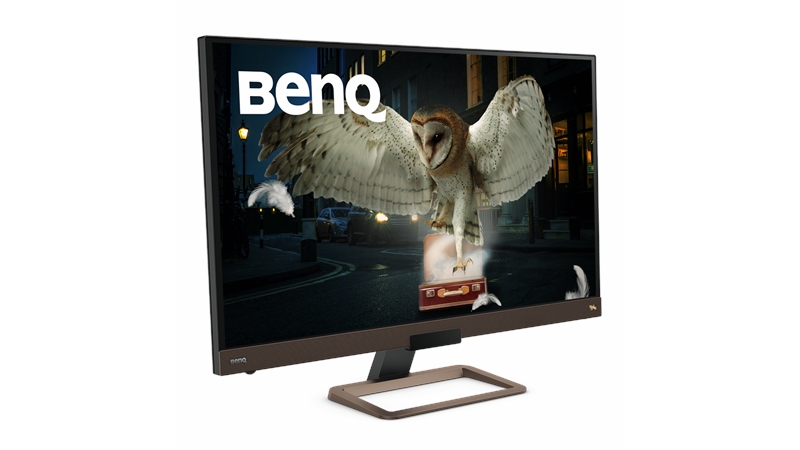 Next up, we have the EX2780Q, which is the best fit for gamers who like to dabble in titles like Overwatch or Call of Duty: Black Ops Cold War. It sports a fast 144Hz refresh rate and 1440p (QHD) display. The former is the real deciding factor here, though. A higher refresh rate is preferred since these games require pinpoint precision and ‘screen smoothness’ - being even a whisker off when you’re lining an opponent up in your crosshairs can make a big difference.

QHD resolution also means the monitor is future-proofed for PC games in the coming years, as the aged 1080p resolution gets more outdated with the advent of modern graphics cards like the NVIDIA GeForce RTX 30-series and AMD’s Radeon RX 6000-series. The monitor also sports the same three-piece speaker set, as well as the aforementioned HDRi functionality and eye-care safeguards. You can check out even more about this monitor in our previous articles here and here. 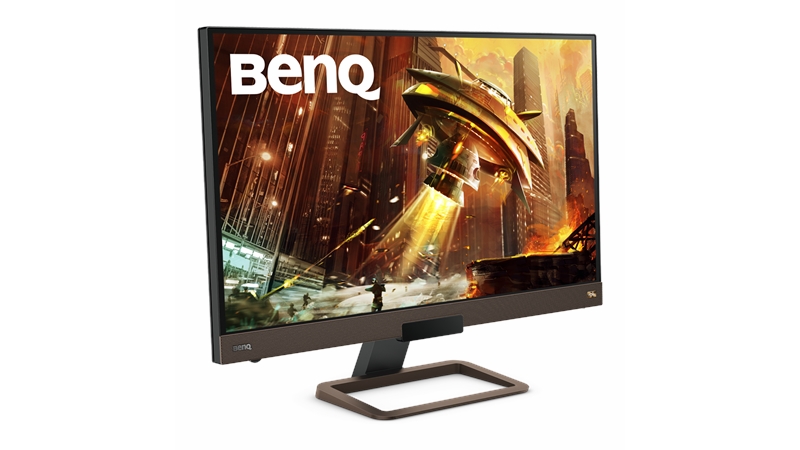 Once upon a cinematic

Last but not least, the third monitor recommendation is the EX2510 - calling all Monster Hunter and Witcher fans. Like the EX2780Q above, it possesses a 144Hz refresh rate, but is slightly smaller at 24.5" and sporting a more wallet-friendly price. It’s an excellent option for gamers who want great RPG experiences but are doing so on a budget. This monitor also comes with a pretty decent 1080p display baseline alongside a duo of 2.5W treVolo speakers. 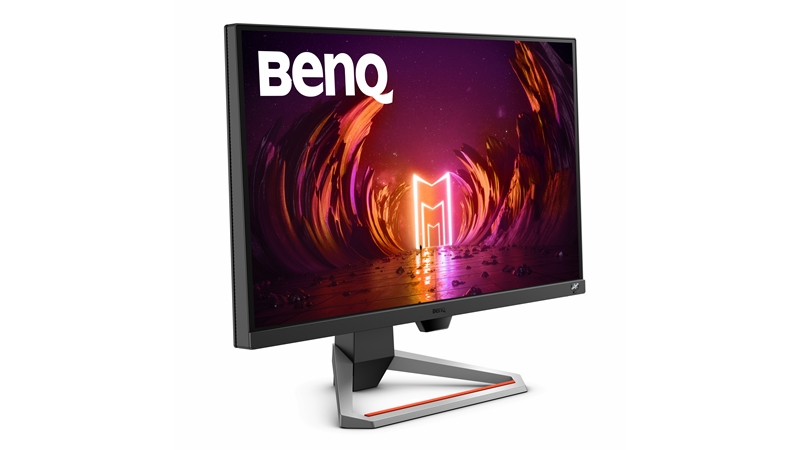 Sure, the trio of gaming monitors are all well and good, but what if a regular monitor just doesn’t cut it for you, and you’d like to do something really outstanding? Well then, how about projecting your games onto your living room wall? That would make for some really awesome and immersive gaming experiences, especially with the lights turned off. Plus, a projector even helps you save space since you don’t have to set aside a dedicated area or shelf for a monitor when you’re not gaming.

Anyway, say hi to the TK800M, TH585 and TH671ST gaming projectors. Like the monitors we’ve already gone through, this trio is specialised for different types of games as well, so let’s check them out.

First up is the TK800M. With its 4K resolution, 3,000 lumens brightness and capable 5W CinemaMaster Audio speaker, this projector is geared for games and catching live sporting events where the experience and aesthetics really matter. You can even use it in brighter areas of the house such as your living room - at 3,000 lumens light output, you’ll still be able to view the projection clearly, regardless whether it’s day or night. But just how capable is it in real world use? Glad you asked as some of our forum members have participated in a special trial programme previously and shared their experiences and photos of their experiences.

As for those who are interested in getting the most out of that 4K functionality, it’s recommended to prepare a screen or wall area that can project an 80-inch image or larger, although the TK800M is able to produce projections of over 100 inches too if the situation requires. So, whether you’re journeying alongside Ellie in The Last of Us Part II or taking in the beauty of Kingdom Hearts 3, this is the projector to pair with your new PlayStation 5 or Xbox Series X. 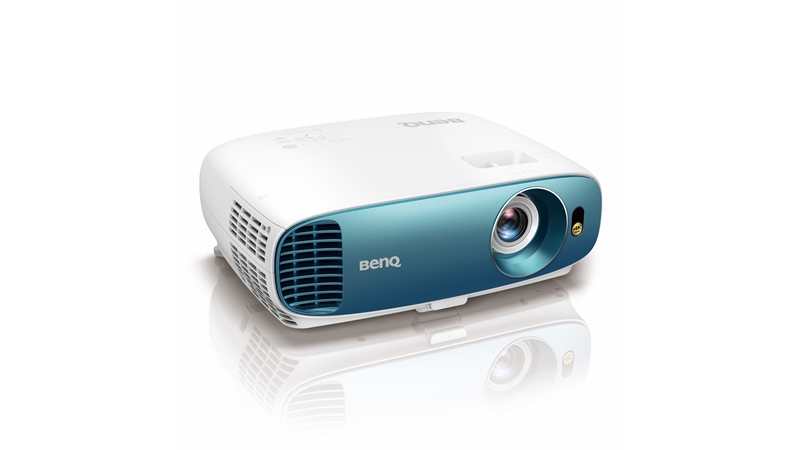 Meanwhile, both the TH585 and TH671ST occupy a different niche. Rather than having a distinct specialisation, they’re best used for games that don’t really home in on any particular aspect, and as such require a more “utility-focused” 1080p projector. Party titles like Super Smash Bros. Ultimate and MarioKart Deluxe are great examples of these games (seriously, nothing beats the experience of party games played on a large projected screen). Yet, the two are slightly different when it comes to their brightness and the wattage of their speakers. The former features a 3,500-lumen brightness and a single 10W speaker, while the latter features 3,000-lumen brightness and a single 5W speaker. Additionally, the TH671ST is particularly useful if you don’t have the luxury of space - it has a very short throw distance of 1.5m for a 100-inch projection, which makes it a great fit if you mostly play games in your own bedroom. 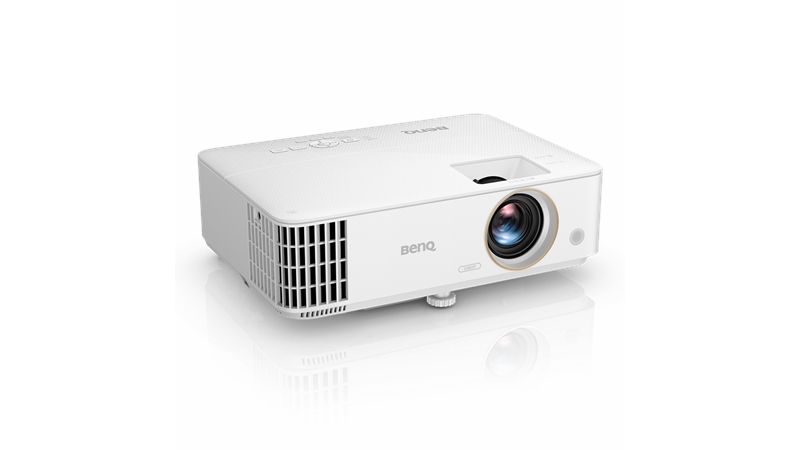 There are further differences that set these projectors apart. The TH671ST for instance, comes with BenQ's exclusive LumiExpert, while the TH585 has Tailored Game Mode functionalities. LumiExpert is essentially like HDRi - it detects ambient light conditions and adjusts brightness and contrast settings accordingly. Meanwhile, Tailored Game Mode helps enhance your experiences by making darker scenes clearer – giving you a little bit of that unfair advantage in online games. Both the TH671ST and TH585 also comes with a low 16ms input lag, offering a smooth console gaming experience. 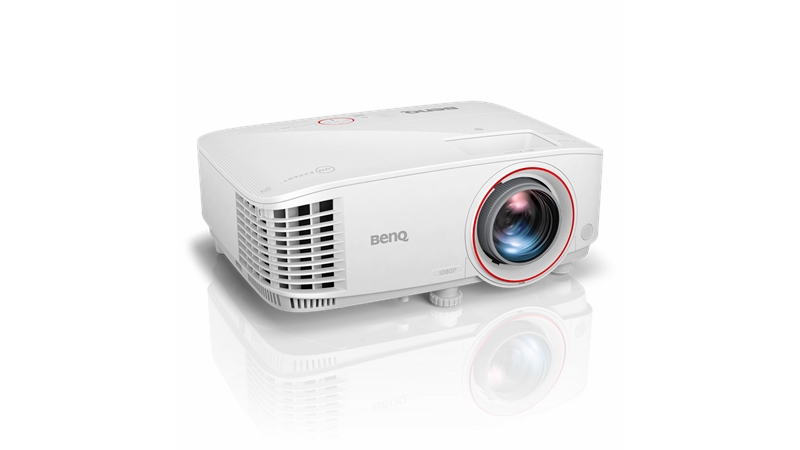 So if you're content with 1080p resolution projection, which should you choose? Simple:-

Our articles may contain affiliate links. If you buy through these links, we may earn a small commission.
Previous Story
Xiaomi brings Mi 10T and Mi 10T Pro to Singapore (updated)
Next Story
Garmin launches Index S2 smart weighing scale just before the festive feasting