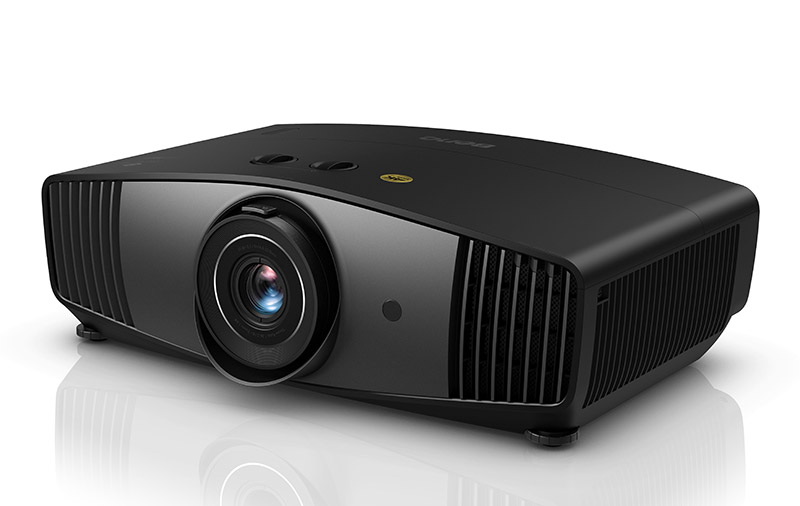 In March, BenQ announced that its CinePrime W2700, a HDR10-capable 4K projector, is coming to Singapore and is priced at S$2,699. Fast forward two months, the company has now launched the W5700, which is a higher-end model that offers several upgrades, including a longer lens and wider DCI-P3 coverage.

In terms of image quality, BenQ claims the W5700 supports 100% DCI-P3 colors, higher than the W2700’s 95%. HDR10 and HLG are supported, too; and like the W2700, the W5700 comes with pre-set ISF day and night modes. Once again, it's factory calibrated so you don’t really need to do much tweaking yourself to get accurate colors.

Connectivity-wise, the W5700 has two HDMI ports that support HDMI 2.0b and HDCP 2.2. You also get two USB Type-A ports (USB 2.0 and 3.0) that can double as media readers and a high current USB port (2.5A) that serves as a power port. Wired networking is now supported through a built-in LAN jack, which is something that’s missing on the W2700. Designed for home theater enthusiasts, you won’t find any integrated speakers on the W5700 though.

Join HWZ's Telegram channel here and catch all the latest tech news!
Our articles may contain affiliate links. If you buy through these links, we may earn a small commission.
Previous Story
The Huawei MateBook 13 will launch in Singapore on 30 May at PC Show 2019
Next Story
Facebook offers its dating service to Singapore users