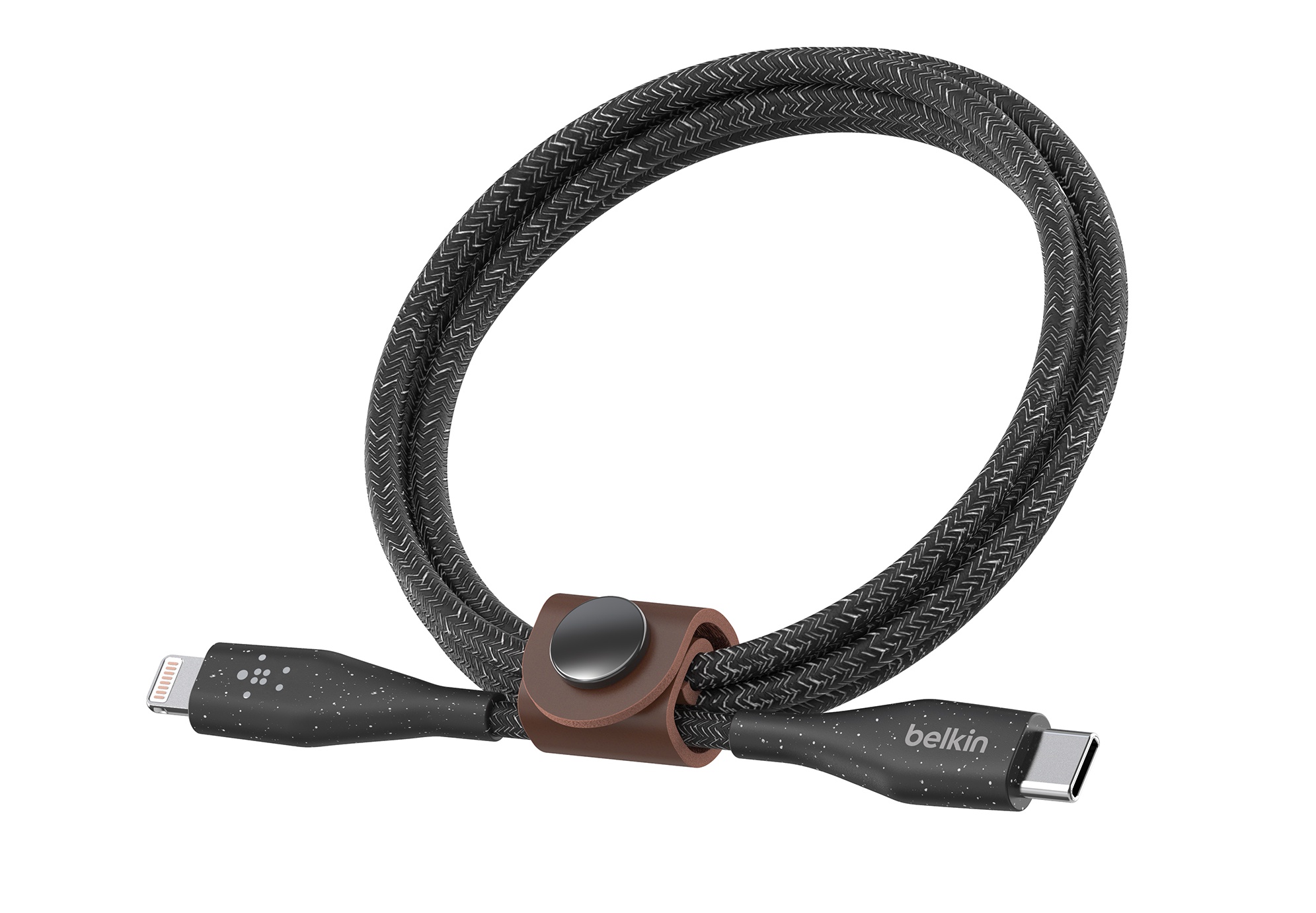 This is a big deal for three reasons. First, it is the first Apple-approved USB-C to Lightning cable from a third party after the iPhone maker permitted members of its Made for iPhone (MFi) licensing program to manufacture these cables. Second, there is finally an alternative to Apple's own USB-C to Lightning cable for consumers to choose if they want to fast-charge their iPhones. Third, Belkin's offering is more durable due to its braided design. It is also more user friendly with a leather strap to prevent tangles.

The Belkin's Boost Charge USB-C to Lightning cable is available in 4ft (1.2m), 6ft (1.8m) and 10ft (3m) lengths. It comes in two colors: black and white. There are also two other new Boost Charge cables in the lineup, which are the USB-A to Lightning and USB-A to USB-C. They can be purchased at Belkin.com and retailers worldwide from late March (spring) with prices ranging from US$24.99 to US$34.99.

Join HWZ's Telegram channel here and catch all the latest tech news!
Our articles may contain affiliate links. If you buy through these links, we may earn a small commission.
Previous Story
Apple supplier AMS develops "behind OLED" optical sensor for phones
Next Story
Samsung's Q4 guidance suggests a 29% drop in profits