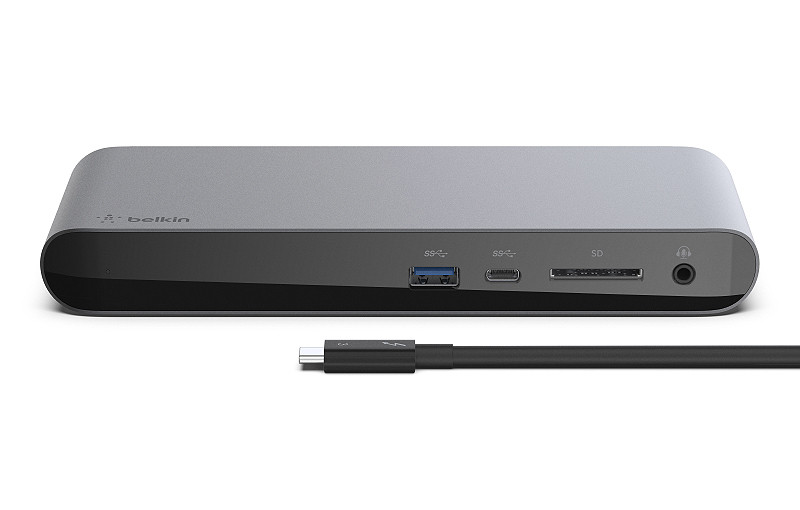 The Thunderbolt 3 Express Dock was universally criticised for being stingy on ports and therefore not fully tapping on Thunderbolt 3’s prodigious bandwidth.

The Thunderbolt 3 Dock Pro rights those wrongs by offering a lot more ports. How many? How about 12? 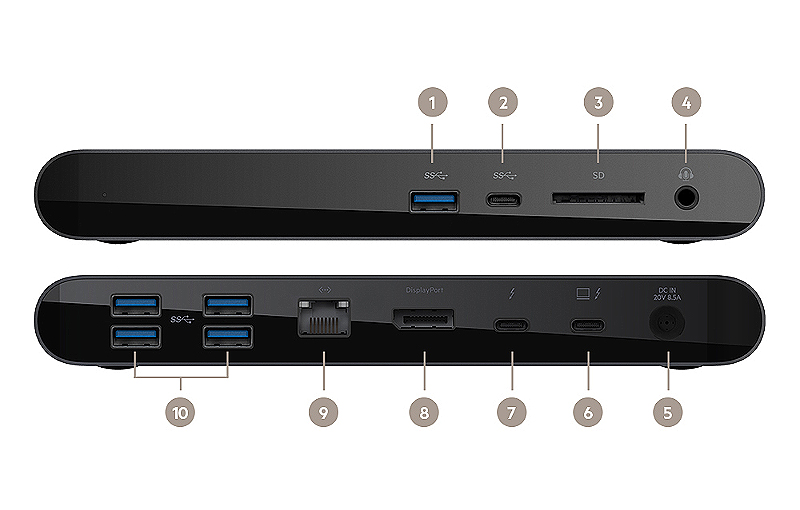 In addition, the Belkin Thunderbolt 3 Dock Pro is powered by a 170W PSU and can deliver up to 85W of power to a connected notebook. The extra power will come in handy if you need the dock to charge devices.

85W should be sufficient for most notebooks. I tested the dock with a 16-inch MacBook Pro which comes bundled with a 96W power adapter and it remained fully charged.

The dock also worked flawlessly even with most of the ports occupied. I had the DisplayPort feeding a 27-inch QHD monitor, the second Thunderbolt port connected to a portable monitor, the Ethernet port jacked in, all four USB ports in the back plugged with peripherals, and the front USB-A port could still write files to a portable external SSD at speeds of over 200MB/s.

To be sure, there are competitors with more ports but the Belkin Thunderbolt 3 Dock Pro has sufficient and the placement of the ports thoughtful. If I had to nitpick, I would wish for an additional USB-C port.

Additionally, like most Belkin devices, the build of the dock is also outstanding and should be a good match for your Thunderbolt system.

The Belkin Thunderbolt 3 Dock Pro is available now and it’s priced at S$599. It’s available on Hachi.tech and the Belkin Flagship Store on Lazada.

Join HWZ's Telegram channel here and catch all the latest tech news!
Our articles may contain affiliate links. If you buy through these links, we may earn a small commission.
Previous Story
Dell updates the XPS 13 and XPS 13 2-in-1 with new Tiger Lake processors
Next Story
Reset your iPhone/Apple Watch if you are facing these issues on iOS 14/watchOS 7