Note: This article was first published on 27 May 2022 and has been updated with revised pricing. 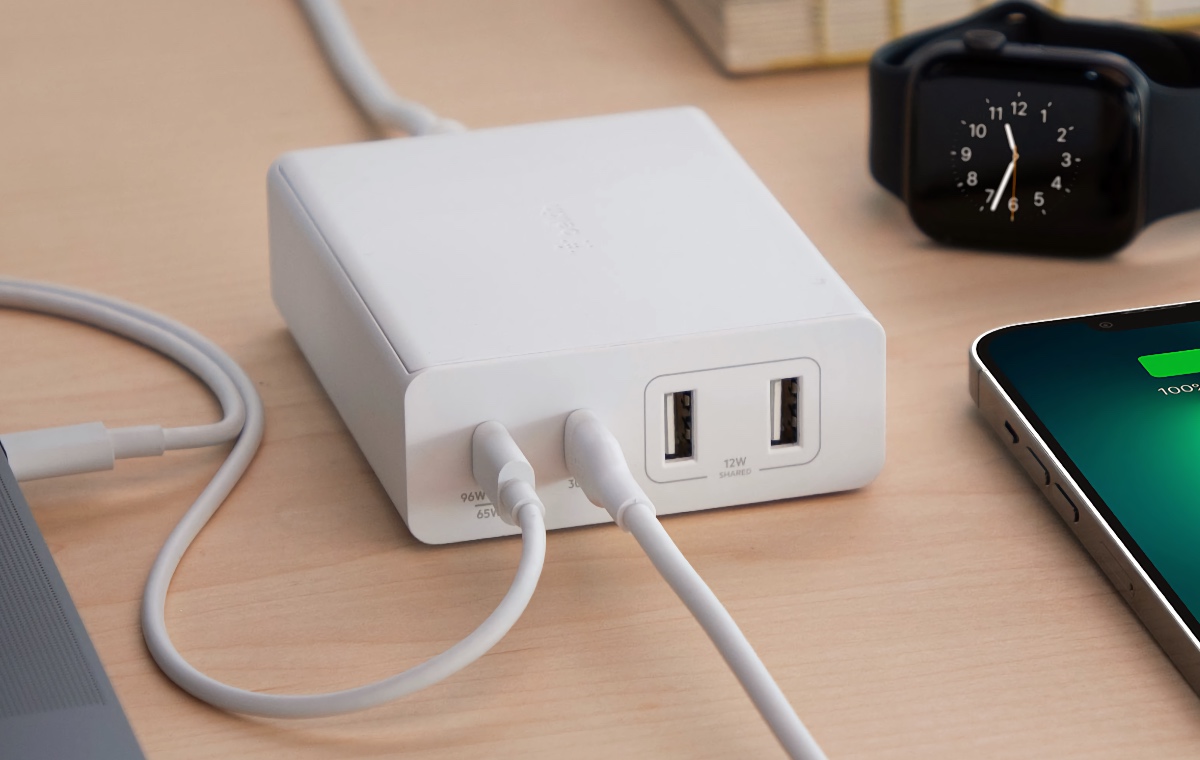 This Belkin's latest GaN charger, the Boost Charge Pro 4-port GaN Charger 108W. Though the name is a veritable mouthful, it also tells you all the highlights of the device.

This isn't Belkin's first GaN charger. There was the Boost Charge Dual from 2021, but this new one is certainly one of their most powerful yet. 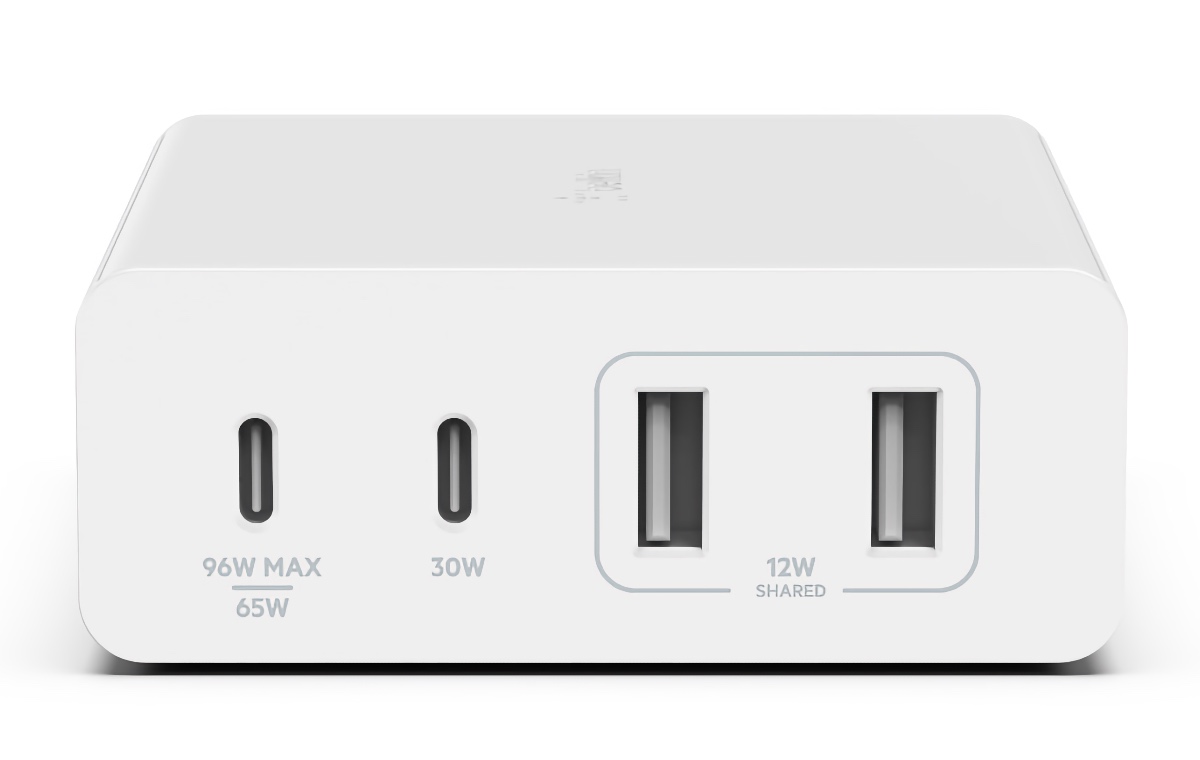 Though it's capable of up to 108W of power, the maximum deliverable through the USB-C port is 96W and that's if you have a single device plugged in. That's enough for most notebooks.

If you plug devices into both USB-C ports, one gets 65W and the other gets 30W. That's enough for most ultraportable notebooks and a tablet or phone.

If you wish to use all 4 ports simulteneously, the charger sends 65W to one USB-C port, 30W into the other, and 12W is shared over the two USB-A ports. Those two USB-A ports can charge less power-hungry devices like an Apple Watch or true wireless earbuds.

Here's a handy graph by Belkin showing possible usage scenarios and how much power you can get.

Crucially, this charger is fairly compact, measuring just under 10cm in length and 8cm in width. It's not the smallest 100W GaN charger that we've seen but it's possibly the one that has undergone the most safety testing.

According to Belkin, this charger meets all major safety regulations and comes with a US$2,500 connected equipment warranty.

The Belkin Boost Charge Pro 4-port GaN Charger 108W is priced at S$149 S$129 and is available now at Challenger stores and their online store, the Belkin Flagship Store on Lazada, and the Belkin Official Store on Shopee.

Join HWZ's Telegram channel here and catch all the latest tech news!
Our articles may contain affiliate links. If you buy through these links, we may earn a small commission.
Previous Story
Here are all the key Apple iOS 16 updates announced at WWDC 2022
Next Story
Apple could unveil a 15-inch MacBook Air in 2023