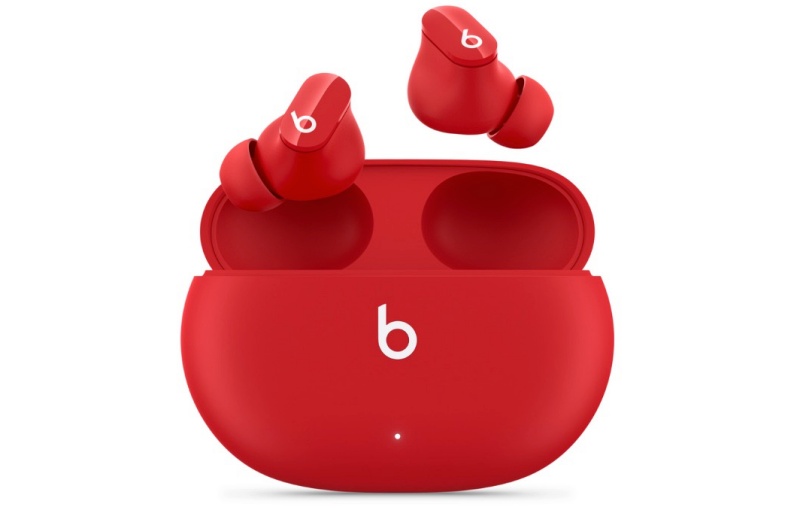 Unlike the Powerbeats Pro, the Studio Buds do not come with an over-ear hook. They feature an in-ear design similar to the AirPods Pro, but lack the stem. Despite the stemless design, the Studio Buds have a physical button on both sides for playback control. The Studio Buds support Active Noise Cancellation (ANC) to block unwanted external noise. A long-press of the physical button will toggle between ANC and Transparency mode.

As the Studio Buds use a custom chip and not the W1 or H1 chip, they do not support auto device switching, ear-detection and auto-pause/play features. You will get instant one-touch pairing to Apple and Android devices, and can activate Siri hands-free by saying "Hey Siri".

On a single charge, the Studio Buds offer up to 8 hours of listening time. Its carrying case, which cannot be wirelessly charged, can provide two additional charges for up to 24 hours of combined playback. If you turn on ANC or Transparency mode, battery life is down to 5 hours or up to 15 hours combined with the case. A 15-min quick charge can give up to an hour of playback.

Other specs include USB-C charging, IPX4 ratings for sweat and water resistance, and support for Spatial Audio and Apple's Find My app.

Priced at S$219, the Studio Buds are significantly more affordable than the S$379 AirPods Pro and S$299 AirPods with Wireless Charging Case. It is available in three colours: white, black and red.

Join HWZ's Telegram channel here and catch all the latest tech news!
Our articles may contain affiliate links. If you buy through these links, we may earn a small commission.
Previous Story
Google’s first-ever physical retail store to open in NYC on 17 June
Next Story
The next Apple Watch said to have thinner bezels, new design and faster chip