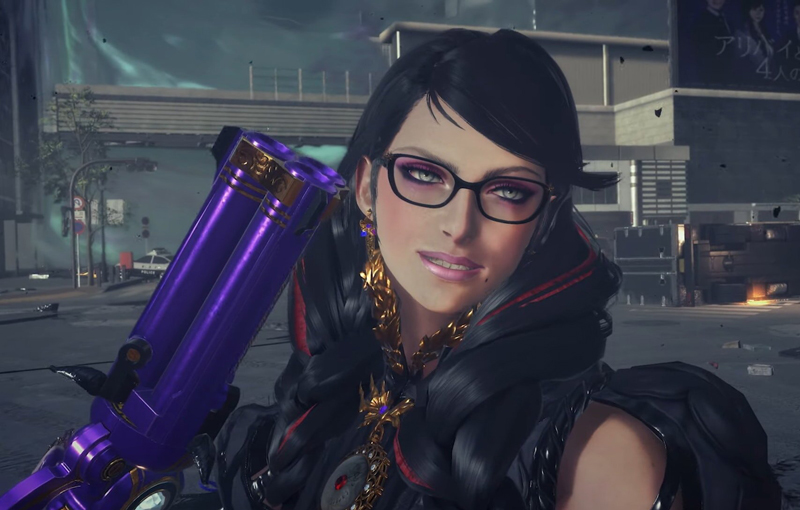 Developer PlatinumGames popped up at the recent Nintendo Direct to unveil a first look at Bayonetta 3, with an action-packed gameplay trailer. The trailer also confirms that Bayonetta 3 will launch sometime in 2022 on the Nintendo Switch.

The four-minute video sees Bayonetta pitted against a massive kaiju in Shibuya, which the army has tried and failed to defeat. Gameplay-wise, we get a sneak peek at one of her new abilities: summoning other kaiju into battle to fight enemies for her. It's very reminiscent of Scalebound, PlatinumGames' infamously axed Xbox game. She also has a new costume in this sequel, but her ol’ reliable pistol-heels have stuck around.

While the trailer doesn’t reveal much on Bayonetta 3’s story, we do see a mysterious figure appear at the very end with a sword strapped to their back. New villain? New ally? Vergil from Devil May Cry? You decide. PlatinumGames announced Bayonetta 3 back in 2017 and promptly went radio silent afterwards, so it’s good to know that not only is development going well, but the game will be in the hands of fans next year.

Join HWZ's Telegram channel here and catch all the latest tech news!
Our articles may contain affiliate links. If you buy through these links, we may earn a small commission.
Previous Story
Ubisoft confirms that Far Cry 6 will not feature ray-tracing on next-gen consoles
Next Story
The Warhammer 40,000: Space Marine Anniversary Edition is now available on Steam