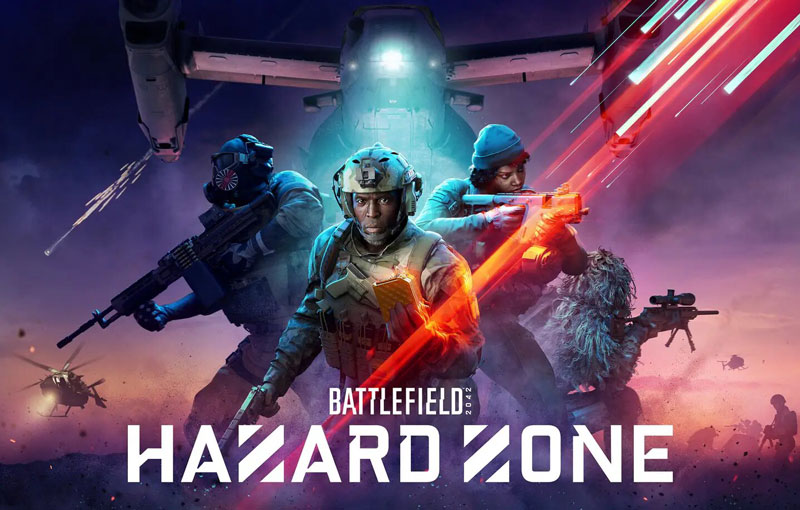 The shooter’s final multiplayer mode has been revealed.

DICE has revealed Battlefield 2042’s Hazard Zone, a new squad-based mode that focuses on plundering maps for precious data drives and extracting from the map before dying. The mode certainly veers away from Battlefield’s traditional PvP-based gameplay, and resembles other popular multiplayer-survival games like Escape From Tarkov.

Hazard Zone involves four-player squads dropping into maps to search for data drives and scavenge for gear. Victory is not decided on whoever kills the most players, but which team manages to get extracted from the map with their data drives. It won’t be easy - teams will fight each other to the death for these drives and battle environmental threats at the same time. If that’s not enough, they’ll also have to deal with enemy AI in the form of Occupying Forces defending these drives.

While playing Hazard Zone, you’ll be given two brief windows of opportunity to be extracted from the map. Only one squad can be extracted at a time, which means that a total number of just two squads can complete a round successfully. Once you’re out of the Hazard Zone with your drives in tow, you can turn them into currency via the Dark Market to upgrade your character and their gear. After that, you’ll head back for more dangerous adventures in the Hazard Zone.

Unlike other Battlefield game modes, Hazard Zone has a slim player count of 24 on PlayStation 4 and Xbox One, and 32 on PlayStation 5, Xbox Series X|S and PC. It won’t be an all-out battle royale like Firestorm in Battlefield 5 despite the two modes sharing similarities, suggesting that DICE really wants to try something different here.

Hazard Zone arrives with Battlefield 2042 on 19 November, 2021. Hopefully by then, the game will have ironed out all the issues that came up in its controversial open beta.