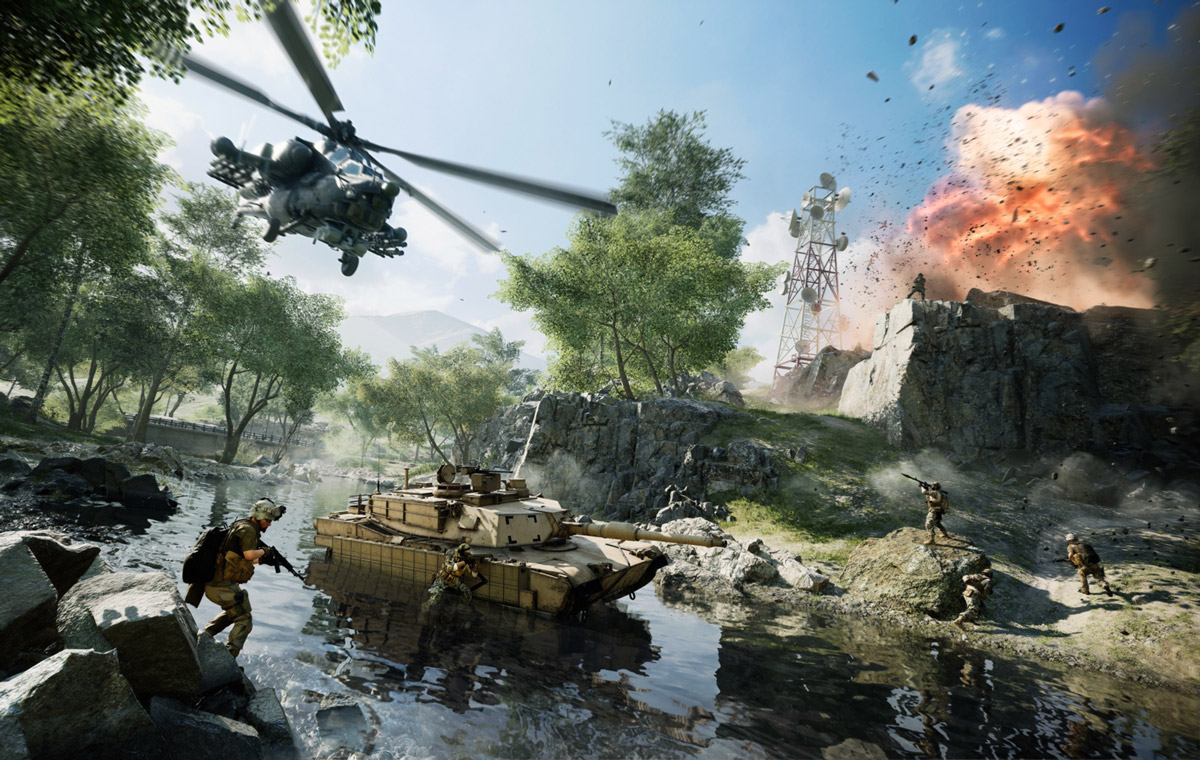 Electronic Arts have released a new trailer for Battlefield 2042, showing off a few of its huge multiplayer maps set in various parts of the world. If this trailer is any indication, it looks like developer DICE has plenty of huge playgrounds for players to partake in at launch, beyond the Orbital map featured in its recent open beta.

The first and most impressive map shown off in this trailer is called Renewal. The map is set in an eastern Egyptian desert, but it’s not all sandy dunes. The environment is massive and encompasses a city filled with tall skyscrapers and flying vehicles, along with a desert that will likely see its fair share of tornadoes.

The second map shown is Breakaway, set in Antarctica. Players battle across icy blue glaciers and frozen lakes, using ziplines to travel across the terrain to big oil rigs where objective points are likely located. The third map is Discarded, set in India. Instead of deserts and icy fields, Discarded highlights muddy terrain, abandoned buildings and large shipping crates. It seems that the emphasis here is on finding cover and taking the fight closer to the enemy.

This multiplayer mode is only one of Battlefield 2042’s game modes, of course. The game will also launch with the survival-focused Hazard Zone mode and a map creator-like mode called Battlefield Portal. Portal will likely be best suited for franchise veterans, as it brings back iconic maps, vehicles and weapons from older games in the Battlefield series. Rumour has it that Portal will also include Battlefield’s old character class system, which has since been replaced with 2042’s controversial Specialists.

Join HWZ's Telegram channel here and catch all the latest tech news!
Our articles may contain affiliate links. If you buy through these links, we may earn a small commission.
Previous Story
Razer's new S$100mil Southeast Asia Headquarters is now opened, includes Singapore's first RazerStore
Next Story
Sony has formed the 'PlayStation PC' label for all its PC games