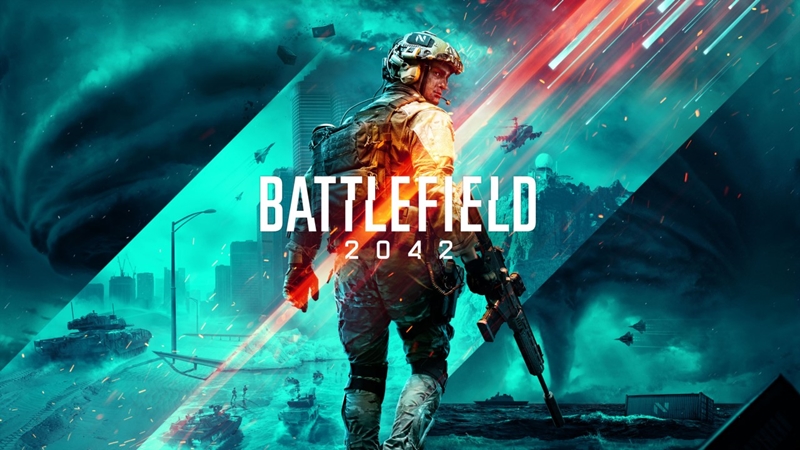 The year is 2042. Fire rains from the sky and gunshots ring out all across the debris-strewn landscape as Specialists duke it out for survival and supremacy. With a grunt, you stagger to your feet and stumble over to your rifle lying in the dirt nearby.

But just as you reach it, your mum suddenly comes in and asks you to pause that fancy new game you're playing and come have dinner. And naturally, you have to tell her for the billionth time that you can't pause an online game. Oh yes, we've all been there.

Earlier today, Electronic Arts debuted the first trailer of their next Battlefield title, which is set in a resource-scarce world torn asunder by an ongoing war between the United States, Russia, and their respective allies.  Although the trailer is certainly nice to have, what's even better is that Battlefield 2042 already has an official release date, and it's a mere four months from now on 22 Oct.

In this near-futuristic instalment, players will take control of Specialists, elite soldiers decked out with cutting-edge weaponry and military equipment. Their primary task, at least narrative-wise is to defend and protect fleeing refugees, which are referred to as the Non-Patriated, or No-Pats for short. Inspired by the franchise's usual quartet of classes, every soldier in BF2042 comes with a Specialist Trait and a Specialty, as well as fully customisable loadouts to shift their approach based on their preferences.

Needless to say, the environment has evolved along with the combat too. Not only will players be able to duke it out in a gargantuan 128-player mode called All-Out Warfare and the squad-based Hazard Mode, but they'll also have to be wary of the stages themselves. From various environmental hazards to straight-up natural disasters like tornadoes and sandstorms, the developers tout Battlefield 2042 as "the evolution of the franchise".

To top it all off, they've also announced a third unnamed game mode that will be revealed in the months to come. It seems to be tailored more towards the long-time players, and this "love letter to Battlefield fans", which is currently in the works by the DICE LA team will be officially revealed during the EA Play Live event on 22 July. 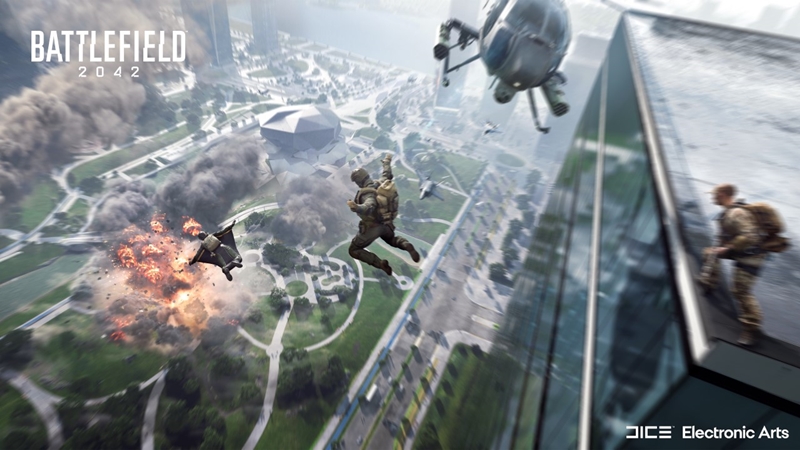 As for pricing and availability, the game is currently available for pre-order on both retail and digital stores, costing $59.99 on Xbox One, PlayStation 4, and PC, and $69.99 on Xbox Series X/S and PlayStation 5. Additionally, pre-ordering grants you early access to the upcoming Open Beta and a choice between the base, Gold, and Ultimate Editions on PC and consoles. Finally, you might want to know that only next-gen console and PC players will be able to enjoy the full 128-player modes - those playing on older consoles will be limited to 64 players per map and have reduced map sizes.

For more information, check out the official Battlefield 2042 website.

Join HWZ's Telegram channel here and catch all the latest tech news!
Our articles may contain affiliate links. If you buy through these links, we may earn a small commission.
Previous Story
The Jujutsu Kaisen manga is going on indefinite hiatus due to creator's health
Next Story
Hearthstone pro Zakarya "xBlyzes" Hail ragequits just before losing his Grand Finals match