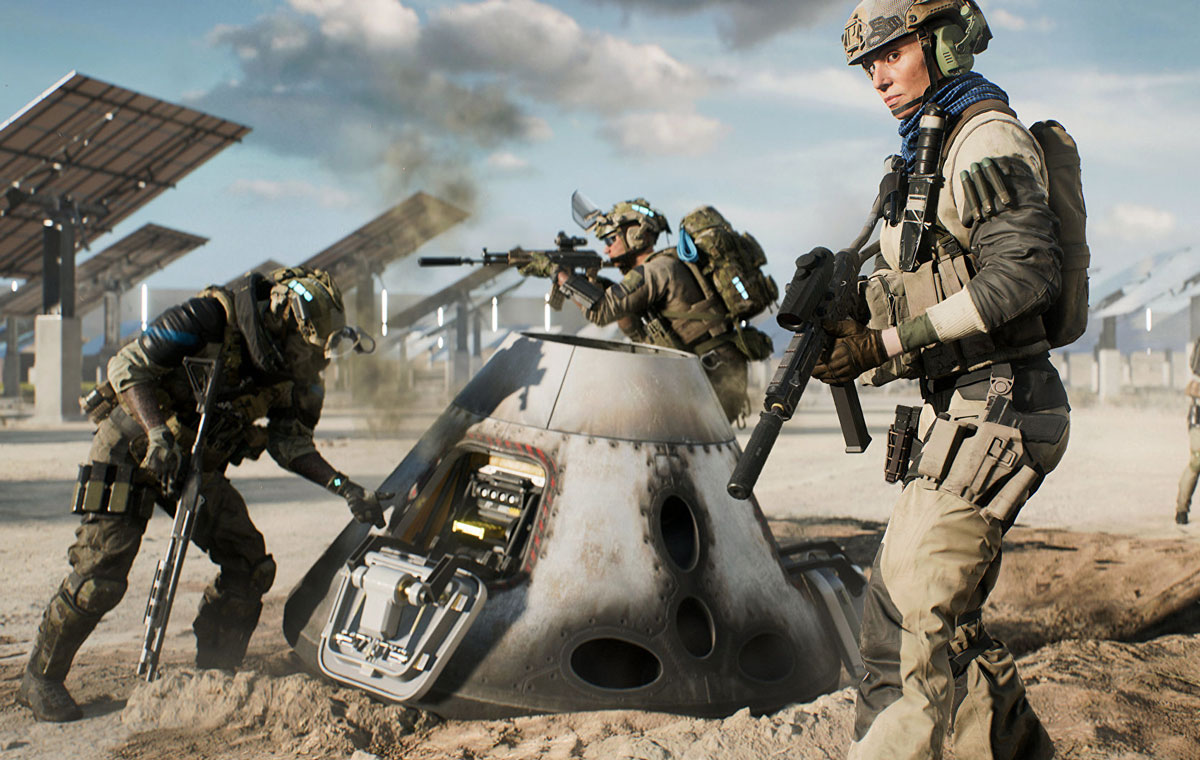 Battlefield 2042’s developer DICE has announced plans to address performance and gameplay issues with a series of updates beginning this Thursday. The futuristic first-person shooter has had a controversial launch so far, racking up over 30,000 negative reviews on Steam.

We couldn’t be more passionate about this game and will be supporting and evolving it for years to come. We have confirmed at least two major game updates in the coming weeks, and we'll be here communicating consistently about the changes we are making, as well as new content coming to Battlefield 2042. The teams across the globe are working 24/7 to evolve and deliver improvements to the game.

Battlefield 2042 has earned the ire of many players due to its shoddy performance, lack of basic multiplayer features like voice chat and scoreboards, buggy gameplay and inconsistent hit registration. In the post, DICE views end-of-match scoreboards and voice chat as ‘legacy features’, and the developer is, “carefully evaluating,” players’ desire to see them return. It doesn’t sound like players will get these features anytime soon, but at least DICE is considering their inclusion.

Players have also pointed out problems with the shooter’s gunplay, with weapons like SMGs having less bullet spread over range than assault rifles. To this, DICE states:

We have observed that on many weapons, predominantly on Assault Rifles like the AK-24, the spread tends to be too high, especially when moving while zoomed which causes problematic engagements in the average combat distances of our maps. Weapons miss more often than they really should which makes for an unsatisfying experience and can feel unfair when you have done all you could to nicely align your shots. We have made a series of adjustments to many of the weapons that aim to greatly reduce the impact of spread on the shooting experience.

Hence, that is getting fixed too. DICE also plans to improve the game’s unstable performance on PCs in the short-term by offering, “performance improvements that reduce the load, and up your frame rates where possible.” Other performance updates will take more time, but the developer plans to ‘develop solutions’ for this in the long-term.

Battlefield 2042 is currently the eighth worst-reviewed game on Steam due to all these issues and more, which the game’s subreddit covers in an extensive list. It seems DICE has a lot of ground to cover in appeasing players, before launching Season 1 of the game’s DLC content in 2022. Who knows, maybe they can succeed where Cyberpunk 2077 failed?

Join HWZ's Telegram channel here and catch all the latest tech news!
Our articles may contain affiliate links. If you buy through these links, we may earn a small commission.
Previous Story
You can now vote for the MAMA 2021 Worldwide Fans' Choice Top 10 Playlist via Apple Music
Next Story
Amazon Studios are reportedly close to making a Mass Effect TV series happen